Situated in the east of Manchester, about 1,5 miles from the City Centre is the Etihad Stadium (also known as The City of Manchester Stadium), the home of the Champions Manchester City. Manchester City under Pep Guardiola, regarded as one of the greatest managers the world has seen, produced a season never witnessed before in the English Premier League. 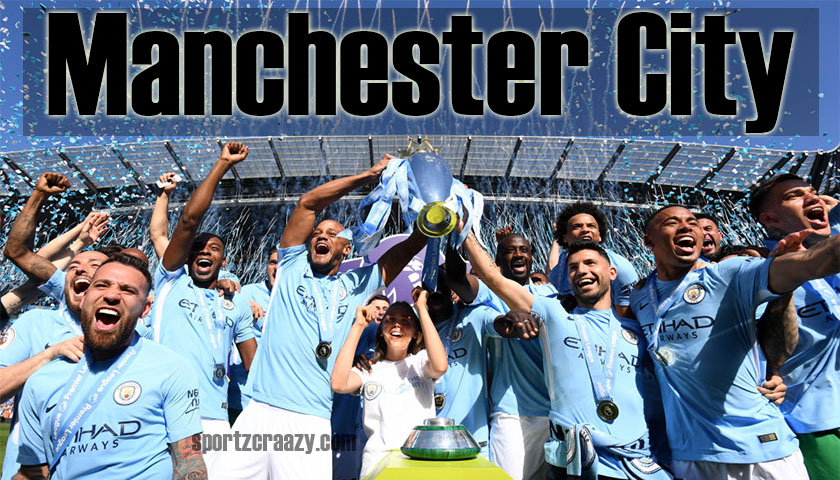 Safe to say, they were miles ahead of any of their title challengers. One such stat that portrays their dominance is that the next best team in the league table, Manchester United, was 18 points behind them. But the city fans affectionately called the Citizens or the Blues know that the current success is something they thought they’d rarely witness. If you asked the fans whether this is all just a dream, they’ll say yes. And I am one such fan. 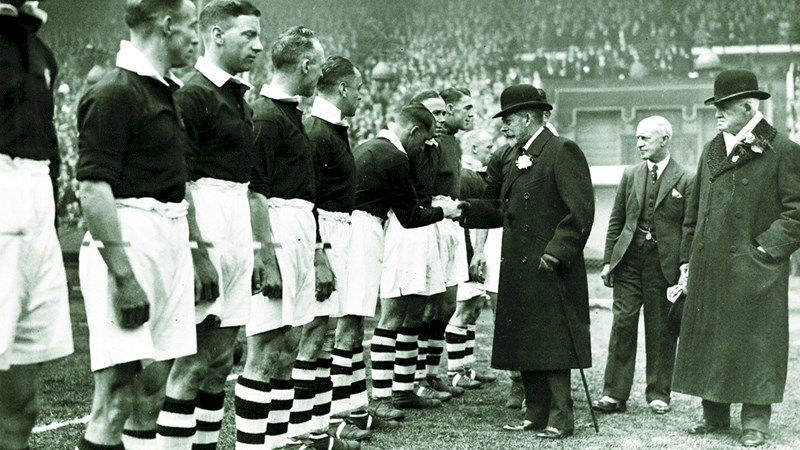 The Club’s origin can be traced back to 1875. The club was founded by the members of St. Mark’s Church. In those days, local gang violence was very prominent and the men were largely unemployed. The members of the Church wanted to initiate new activities for men in the area. With these things insight, a Cricket Club was formed in 1875.

However, as the years passed by, people realised that the game was an issue in the snow-clad months of winter. In order to amend the situation, a church football team was formed in 1880. It was called St. Mark’s (West Gorton). According to the historian, the first match played by the team was against Macclesfield which they lost 2-1. In the entire season, the team won just one match.

For one season in 1883-84, St. Mark’s merged with Belle Vue and played as one team. However, due to disagreement the teams again split and St. Mark’s team was renamed Gorton Association F.C. In 1884-85 season, the club joined the Manchester & District Football Association. The Club also played their first Manchester Senior Cup game.

In 1887, the club was in search of a new playing and they settled upon one in Ardwick. The field was near the Hyde Road Hotel and the stadium came to be known as Hyde Road Stadium. The first match on this ground was scheduled against Salford City but the Salford team failed to turn up. The club again changed the name to Ardwick Association F.C. with the rationale that the team name should inherit the name of the home district.

The first stand was constructed on the ground in 1888-1889 with a capacity of 1000. Ardwick defeated Newton Heath (now Manchester United) in the Manchester Cup final and was accepted by Football Alliance as a member. The club was again reorganised and it turned to Manchester City. Manchester City Football Club Limited became a registered company in 1894.

The first real success came for the Club in 1904. The club won FA cup, the most prestigious knockout tournament in English football by defeating Bolton Wanderers in the final. This was the first trophy son by a Manchester team. The Club in 1922 announced the intention to move to a new ground. The new ground was called Maine Road.

The club won their first title of English Football top division in 1937. However, the club was relegated to second division the following year. The most successful period for the club came from 1968 to 1970. During this period the club won European Cup winner’s cup, FA cup, top division league and League Cup. The successful period was overseen by Joe Mercer who was appointed as manager in 1965 and Joe Mercer who was his assistant. City’s legend’s such as Colin Bell, Mike Summerbee played during this glorious period for the club.

Even though the club is one of the most decorated football clubs in English football, it has seen a lot of upside downs throughout its history. The club has been relegated a number of times. It was playing in Division Two in 1998-1999. It was one of the darkest periods for the club. In that season during the playoff final against Gillingham, the city came from two goals down and won the match in the penalty shootout to earn a place in Division One. In the following season, the club won promotion to the top tier of English Football. The club was again relegated in 2000-2001 season but came back to the top tier the next season under manager Kevin Keegan.

The biggest turn around for the club though came in 2008. The club was purchased by Abu Dhabi United group from then-owner Thaksin Shinawatra. The new owner was Sheikh Mansour, member of the royal family of Abu Dhabi. Naturally, the owner was ready to inject cash into the club and was ready to go all out on a new player. City signed Robinho from Real Madrid. This is the point where it all changed for the club. Even though the club had a number of great players, the club attracted such a big name for the first time. And since then it has never looked back.

A number of players were bought consequently. The club strengthened its position over the years and won the FA cup in 2011. Yaya Toure was the hero in the final as he was in the semi-final against United. The balance of power in Manchester was about to change. The following season City was considered one of the favourites for the title and they did not disappoint as they went on to win their first title in 44 years in 2012. The final day drama saw city score two goals in extra time to snatch the title away for their neighbours and rivals Manchester United.

Sergio Aguero’s goal in the 93rd minute is etched Premier league history and it is the biggest goal in City’s history as well. Aguero scored the goal at 93:20 to win the match and to win the title. The scenes of delirium are fresh in every City fans mind. This time it was the charismatic Roberto Mancini who managed the team towards glory. City won another title in 2014 and recently in the previous season under Pep Guardiola. City fans have always supported the club passionately. Even during the darkest days, the club had record attendances in Division two. The players who have played for the club over the years have been special. Colin Bell, Mike Summerbee, Shaun Goater, David Silva, Sergio Aguero, Vincent Kompany, Yaya Toure are all revered by the fans. According to the fans, Colin Bell is the greatest player to don the city shirt. However, among modern legends, David Silva is the prime contender for the same. The Spaniard who joined City in 2010 has been part of every recent success and is loved by the city fans for the grace with which he orchestrates the game of football.

This season City have started well. They currently sit at the top of the table with Liverpool and Chelsea over their shoulders. They are again tipped to win the Premier League. If they do so they will be the first team to win it two times in a row for ten years. In last season city have firmly established themselves as one of the greatest Premier League teams, breaking every record possible.

This season they have lost just one match, the match against Olympic Lyon in Champions league. But they look well drilled to go on and win the Premier League again this season.

The season is long. The team will be tested. One such test is the match against title rivals Liverpool this Sunday. The result could well decide where the title will end up this season.