Zlatan Ibrahimović is a Swedish footballer who plays as a striker for the LA Galaxy in Major League Soccer. He has served the Swedish football team as a caption from 2010 until he retired from international football team in 2016. He is known for his prolific strikes, strength, precision, and stamina. In his football career, he had won 33 trophies, and is also the second-most decorated active footballer of present times. He has been awarded Sweden’s highest honor The Golden Ball eleven times and has been named as one of the top three footballers of his era, behind legends such as Lionel Messi and Cristiano Ronaldo. In 2014, he was named as the second greatest Swedish sportsperson of all time by a leading Swedish newspaper Dagens Nyheter. There is no doubt that Zlatan is the only player who never fails to entertain, on the football ground as a goal-scoring machine, while off the ground as a controversial person.

Zlatan featured in 107 games for his National side, scoring 61 times, while also notching up 16 assists in his time.

Zlatan was born on 3rd October 1981 in Malmo, Sweden to Sefik Ibrahimović (father) and Jurka Gravic (mother). His parents had a very unstable relationship as the couple had huge differences between them due which, by the time Zlatan turned two-years-old, his parents separated. The divorce impacted Zlatan’s psychology in a bad way. According to Swedish divorce laws, Zlatan’s mother was given his custody.  Zlatan showed emaciation syndrome after his parents’ divorce. He experienced extreme weight loss with unnatural thinness due to loss of subcutaneous fat muscle from his body. Broken home negative effects made Zlatan Ibrahimović develop a stubborn attitude and a dogged determination not to change bad behaviour. The recovery occurred when he was allowed to meet his father, whom he loved more than his mum. Zlatan’s father managed to buy Zlatan a bed from Ikea but couldn’t deliver as he didn’t have enough money to pay the delivery charges.

Zlatan grew up as a petty thief, and he used to steal bikes and sweets from the shops to earn some money and fill his stomach. At the age of six, he started playing football on an old gravel ground outside his mother’s house, where he and his friends used to do outrageous tricks and flicks, spins and shots on the gravel ground. He played with his local team FBK BALKAN. As he turned 10, he was introduced as a second-half substitute in a match his team was badly trailing in. The score was 5-0 at the time of his introduction, and Zlatan netted eight back-to-back goals for his team to win the match by 8-5. At the age of 18, he realised that football can offer him a future and he took it up whole-heartedly.

Zlatan has been in a long-term relationship with Heelna Segaer, with whom he has two sons. There is a film made on Zlatan, named ‘Becoming Zlatan’ that talks about the early life of this legendary player. Zlatan had tattooed names of 50 people who died from hunger famine, which he displayed in a league match in 2015.

Zlatan Ibrahimović Professional Life
Zlatan, in 1996, signed his first contract with Malmo FF, and in no time he was promoted to the senior side for the 1999 season of Allsvenskan, Sweden’s top-flight league. After spending two successful seasons, Zlatan joined Ajax for 80 million Swedish Kronor in 2001.  Playing for Ajax in the Champions League for the first time in 2002, he contributed five goals, while in 2004, he had his goal be awarded the Goal of the tournament honour. However, all wasn’t bright for the Swede as due to a controversy, he couldn’t appear in the 2004 Champions League, after which he joined Juventus, but his performance kept on declining, and he was forced to move to Internazionale.  He played well in the 2008-09 season for Internazionale and emerged as their leading goal-scorer with 25 goals. He then, signed Barcelona in 2009, also featuring in the Champions League, finishing the league with 11 goals and 8 assists to his name, in the 15 matches played.

He moved to Milan in the next year, where he played his debut match against Cesena on September 2010 in the Champions League in which he scored 13 goals and assisted 8 goals. In 2016, he again switched to Manchester United. For the club, he played his debut match in the Premier League and netted 20 goals in the tournament, winning his very first major title in the form of Europa League, in 2016 and was named in the Squad of the Season’. Marred with injury, Manchester United decided to terminate his contract on 22 March 2018. Just after, he was joined LA Galaxy after which he finally stopped switching teams. Playing for LA Galaxy, he brought several wins for the club and won several titles and honors for himself. In 2019, he was made the Captain of the team.

For his national team, he was a part of 2002 World Cup team but the team got eliminated in early stages, while, in 2004, he became national football hero when he scored three goals for Sweden in UEFA European League 2004 qualifier. In 2014 World cup, he led his team and ended the tournament with eight goals, after which he played his last match at 2014 Euro qualifying tournament before announcing his retirement from international games.

Zlatan’s most infamous incident happened when he was in Barcelona, where he had a decent beginning at the club with five goals in five matches, but things between him and coach Pep Guardiola got bitter and bitter. One fine evening, an awful incident happened in the dressing room, when Zlatan threw a training kit-box across the room, abused and insulted the coach badly, and also threatened him to beat him publically if he didn’t allow him to go to Milan. 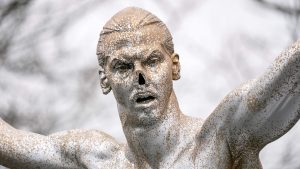 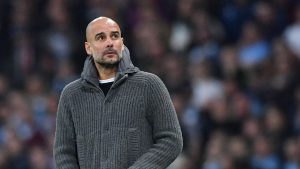 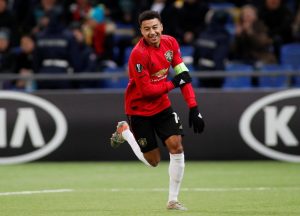 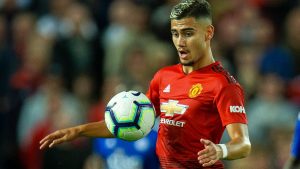