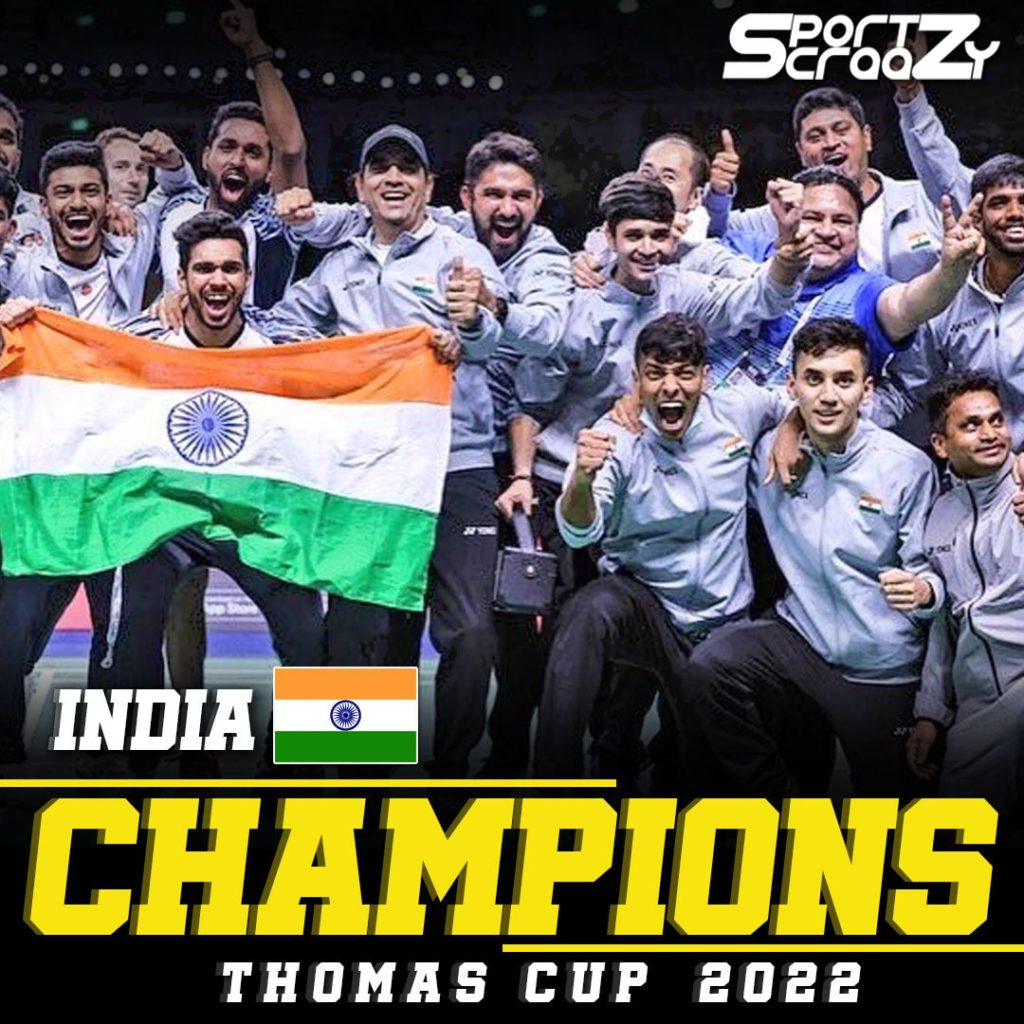 On Sunday, the Indian Badminton team achieved a historic record when Indian shuttlers defeated the 14-time world champions Indonesian team in an emphatic win of 3-0 and won the Thomas Cup 2022.

Pure show of grit and determination & India becomes the #ThomasCup champion for the 1️⃣st time in style, beating 14 times champions Indonesia 🇮🇩 3-0 in the finals 😎

India was coming as an underdog in the tournament, As India reached the final for the first time and showcased world-class badminton throughout the whole tournament as a result Indian shuttlers clinched their maiden Gold medal in this tournament.

Indian Shuttlers Lakshya Sen, Kidambi Srikanth, and the doubles pair of Satwiksairaj Rankireddy and Chirag Shetty created history with their heroic performance in the finals as the Indian men’s badminton team defeated the almighty Indonesia team 3-0 to win their first-ever Thomas Cup title.

Indian Badminton team become the 6th country to ever win the Thomas Cup. The only nation that won the Thomas cup before were Indonesia (14 times), Malaysia (5 times), and Japan and Denmark both won one each.

In the first match of the Thomas Cup final, Youngster Lakshya Sen gave team India a head start to the Thomas Cup as he defeated Olympic bronze medallist Anthony Ginting of Indonesia and came back from a losing set to win it all as Lakshya defeated 21-8, 17-21, 16-21 in a thrilling 65-minutes match.

They did it, they did it again 🥺❤️

Brothers of destruction give 🇮🇳 2-0 lead 💥

After leading 2-0 in the finals of the Thomas Cup, all eyes were on Kidambi Srikanth who was unbeaten in the whole tournament. Kidambi Srikanth world-ranked no.11 was facing the Jonatan Christie who is ranked No.8, as Srikanth defeated Christie with a straight-set win 21-15, 23-21 to hand the historic win to India