Indian Badminton player, Chirag Chandrashekhar Shetty, is one of the exceptional players who specialize in mixed team & Men’s doubles. With Satwiksairaj Rankireddy, Chirag has showcased some amazing performances & acquired numerous achievements. Chirag Shetty trains at the Gopichand Badminton Academy and hit the headlines recently, when he, alongside Satwiksairaj Rankireddy, won the Thailand Open, thereby becoming the first Indian men’s pair to win a Super 500 title. 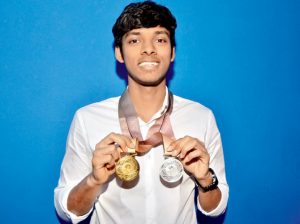 Chirag Shetty chose badminton to fulfill his father’s dream. Chirag’s father always to wished to see his son participate in the Commonwealth Games. The youngster strived hard and always performed well which helped him to earn many medals at both national and international competitions. He along with Satwiksairaj Rankireddy has managed to topple former world & Olympic champions, Markis Kido & Hendra Gunawan. They are also successful qualifiers for Glasgow World Championship. 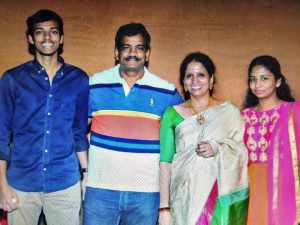 Chirag Shetty was born on 04 July 1997 in Mumbai, India. He was born to Chandrashekhar Shetty and Sujata Shetty. Unlike typical Indian Parents who force their children into certain professions, Chandrashekhar has pushed both his children to pursue their career in any individual sport. Chirag’s sister, Arya Shetty, also plays badminton. Arya is currently training at the Uday Pawar Academy and all set to establish his career in doubles. Chirag’s father was a constant support throughout his journey. Chandrashekhar wanted Chirag to play individual sport as he believed that Team game has a lot of factors involved including politics. But Chirag proved his father wrong by achieving all his success by playing in Team game. Chandrashekhar has always advised his children to excel in the sport they were put into and he always made sure to provide every necessity for them. As an athlete’s parents, Chandrashekhar and Sujata Shetty always have anxiety. They used to travel to every competition in India to encourage him. 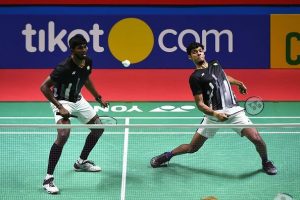 Chirag Shetty was a badminton champion at his school, Ryan International. The 22-year-old badminton player has been trained under Uday Pawar who is an ex-India double International at GSC. During his initial stage of professional life, Chirag has caught the eyes of many national coaches by his performances in various tournaments. After his training at Uday Pawar Academy, the youngster moved to Hyderabad. In Hyderabad, Chirag was trained at the Gopichand Academy. His Hyderabad- based partner, Satwiksairaj Rankireddy, has also been trained in the same Academy along with Chirag.

Before his stint at the Gold Coast Commonwealth Games, the badminton player suffered from a severe back injury. Despite his injury, he managed to earn a silver medal in the doubles and a gold medal in the mixed team. Since then, the 22-year-old player has participated in the BWF World Championships and many more tournaments. Chirag has earned 5 international titles. 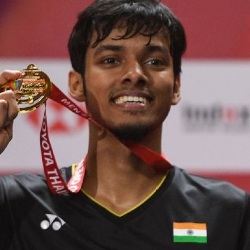 Chirag Shetty has always hit headlines for his incredible performances & glorious achievements. Other than that the focussed badminton player has never been dragged into any such controversies.

NET WORTH OF CHIRAG SHETTY