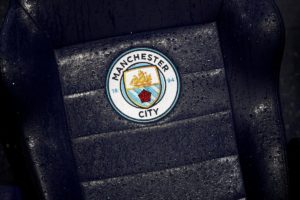 Pablo Moreno has signed a 4-year deal with Manchester City, the club informed on their Twitter handle.

We are delighted to announce Pablo Moreno will join the Club at the start of the summer transfer window, on a four-year deal.

“We are delighted to announce Pablo Moreno will join the Club at the start of the summer transfer window, on a four year deal.” Manchester City wrote on their Twitter Handle.

He will join Manchester City from Juventus, where he was part of the under-23 squads for the last two seasons.

His career started from Barcelona La Masia Academy, where he created several goal records. There was no issue to take him from Juventus due to his burgeoning reputation which he developed over the years playing for Italy.

Taking about the current season on UEFA Youth League games, he scored 4 goals. In March, he was named among the substitute for the first team Serie A game against Genoa.

Taking about his International achievements as a player, he has won three caps for Spain at under 18 levels. Last year, he was part of the under 17 squads for the European Championship and the World Cup.

Manchester City, being one of the oldest and prime clubs for football, has developed a great talent over the years.