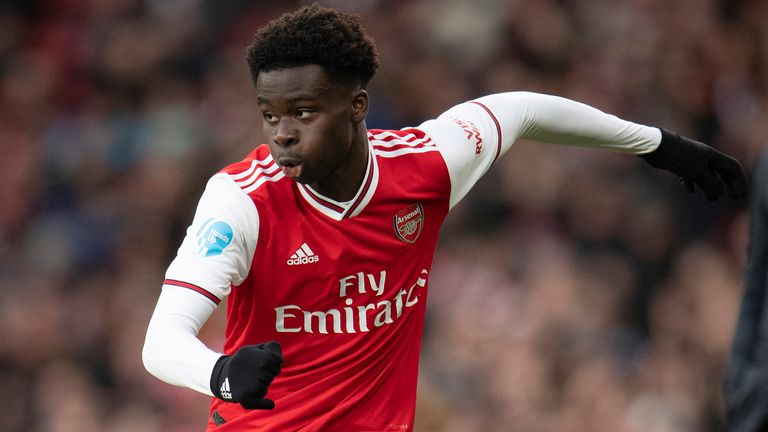 Premier League team Arsenal is reportedly in close talks of signing a long-term contract with the forward Bukayo Saka this week. This development takes place, following a series of positive talks between Mikel Arteta and the 18-year-old’s family and friends priors to the deal.

The Gunners have almost nailed a deal with the talented teenager whose current deal is set to expire in 2021 but the club had still pressed on roping him in the team a few weeks ago and started pushing for the negotiations with the winger.

In fact, this deal would be useful for Mikel Arteta as he desperately wanted him at his team amid several interested European teams vouching for him.

“I am very positive that everything is going to be done with Bukayo very shortly. The communications between the club, agents, and the family have been going on for months and are very fluent. The player and family know how much trust I have in him. He is just showing that every week and his consistency level is getting better and better,” Arteta spoke about Saka last month prior to the deal negotiation.

Bukayo Saka has already proved his worth for the side, establishing himself as a key choice in Arsenal’s first team even playing at different positions be it the left-back, central midfield, or the wing position.

Saka had joined Arsenal when he was just a seven-year-old and rose to fame by excelling into the youth ranks and he was finally handed his Senior debut chance in November 2018 in the Europa League.

Saka will be next seen playing against the Norwich City at the Emirates Stadium on Wednesday in which Arteta’s side may be without Mesut Ozil due to his back injury and David Luiz due to his knee injury. While defender Cedric Soares will be available for selection in the match for the first time since joining the side in January this year.