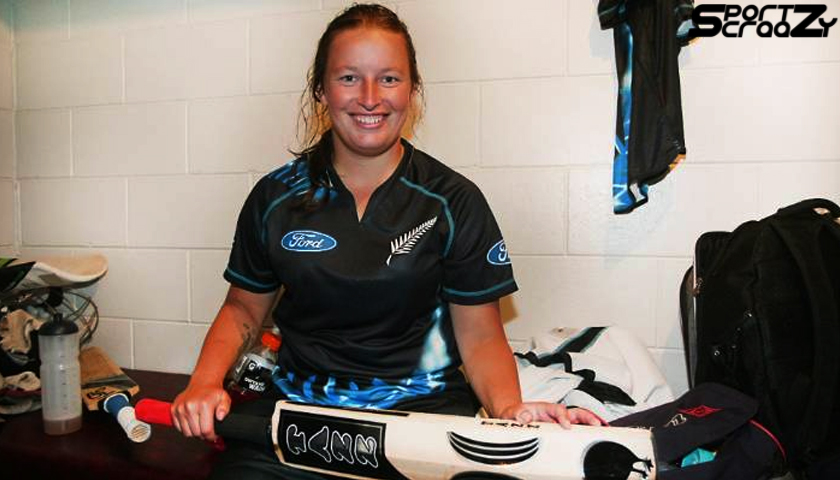 Hayley Jensen is a New Zealand all-rounder who has played a handful number of games for her national team. She lives in Australia, where she plays for the ACT Meteors and Melbourne Renegades. She hasn’t yet put in a great performance in her international career but she has done it at the domestic level for a good while. With a bit more experience, she might be able to add a lot more to her national team in the coming years.

Hayley Jensen was born on 7 October 1992 in Christchurch, Canterbury. She is an all-rounder who represents New Zealand women’s cricket team. She is an all-rounder, who bats right-handed and bowls right-arm medium pace. She currently lives in Australia, where she plays for the ACT Meteors and Melbourne Renegades. She plays for Canterbury Magicians and New Zealand women’s team. She has been a part of the Melbourne Renegades, Perth Scorchers squad in Women’s Big Bash League.

Jensen made her international debut for the White Ferns in 2014 against West Indies and became the first-ever female to score a century for the Melbourne Cricket Club as she scored 122 against Prahran in March 2015.

She was banned from cricket for six months in 2016 by the Cricket Australia board as she was found guilty for betting on men’s test cricket match between Australia and New Zealand. She bet for a very small amount but due to her being found guilty she lost 6 months of her cricketing career.

Jensen moved from the Vic Spirit to ACT Meteors for the 2017-18 WNCL season. All-rounder Hayley Jensen was signed up by the Melbourne Renegades team for the Women’s Big Bash League 3.

Jensen won the Una Paisley medal for being the best player in the Victoria Women’s Premier Cricket competition in the 2017/18 season. In that season she scored 239 runs at an average of 79.67 and took 13 wickets and bowled at an economy of 6.92 throughout the competition.

She has played with ACT in their 2017/18 WNCL campaign. She claimed incredible figures of 5-26 in November for the ACT Women against the Australian Women’s team in a practice match to the Women’s Ashes test in Canberra.

In August 2018, she was awarded a central contract by New Zealand Cricket, after touring Ireland and England in the previous months. In October 2018, she was named in New Zealand’s squad for the 2018 ICC Women’s World Twenty20 tournament in the West Indies. In April 2019, Jensen married Australian cricketer Nicola Hancock

She made her T20 Debut on March 2014 against West Indies

In the Women Big Bash League, she has played 36 matches in which she has scored 187 runs with a high score of 31 runs. With the ball in her hand, she has been quite good as she has managed to pick up 32 wickets with her best figures being 3 wickets for 11 runs.

Hayley has played 11 one day international matches for New Zealand in which she has scored 95 runs at an average of 13.57. In her 11 ODI’s, she has managed to pick up 8 wickets at an economy of 4.12. Her best bowling performance in ODI’s is 2 wickets for 26 runs.

Jensen was the first-ever female to score a century for the Melbourne Cricket Club. She scored 122 runs against Prahran in March 2015.

Jensen won the Una Paisley medal as the best player in the Victoria Women’s Premier Cricket competition in season 2017/18, scoring 239 runs at an average of 79.67 and taking 13 wickets at 6.92 throughout the competition.