Home » Cricket » Can Indian Spinners spell their magic during next month’s T20 World Cup in Australia?

In just 29 days, team India will begin their ICC T20 World Cup campaign against Pakistan at the Melbourne Cricket Ground. Preparations have already begun as India will look to enter the history books once again by repeating the same feat as Dhoni’s men did 15 years ago.

All eyes will be on Rohit Sharma, who will be leading his national side for the first time in a major ICC tournament. India has been struggling to find the right tone when it comes to the bowling department as inconsistency has been a major issue among the Indian bowlers.

India’s Super 12 matches have been staged to take place in the following venues – Melbourne Cricket ground, Sydney cricket ground, Optus stadium in Perth and Adelaide Oval. Now let’s talk about the performances of the selected spinners in Australian conditions.

Ravichandran Ashwin – The versatile off-spinner comes with a hand full of experience. He has been serving the Indian team for more than a decade but the question is – can he provide that flair and mystery like he used to during his prime? Ashwin knows what it is like to play in major International tournaments as he has been an integral part of the 2011 Cricket world cup winning squad as well as the Champions trophy triumph two years later. If we go by the most recent stat of his in Australia during 2016’s three match T20I series, Ashwin could only manage to get 4 wickets although his economy was decent. In the first T20I at Adelaide, the 36-year-old conceded 28 runs with an economy of 7.0 and picked 2 wicktes. The following match saw him go for 27 runs in 4 overs by picking just 1 wicket which was played at the MCG. In the last T20I played at the Sydney cricket ground, his economy was 9 and managed to take only 1 wicket. During the 2014 T20 world cup, Ashwin finished as the joint third highest wicket taker with an impressive economy rate of 5.35, however, at that time, the conditions were completely different. He should be given a chance to play next month at venues like MCG and Adelaide, where his economy has been decent enough but if he can pick wickets at the crucial stages remains to be seen.

Yuzvendra Chahal – The Leg spinner has been playing in the international circuit for quite a while now but his performances in Australia have been below par. The Leggie has also played fewer amounts of matches at the Land down under. He featured in 3 T20Is in which he has conceded a total of 117 runs and notched only 4 wickets. His ability to spin the bowl has been nodded by the whole world but he has also become a target for batters lately. It will be interesting to see if he can break into the Indian side during the world cup due to his performances in Australia but as it stands his spot in the playing 11 remains doubtful.

Axar Patel – The slow Left arm spinner is filling the void left by All-rounder Ravindra Jadeja. Patel has a lot of experience playing in the Domestic circuit but he has never played a T20 match in Australia. He can come in handy with his batting as well but he has immense weight on his shoulders. Jadeja’s efficiency in terms of economy and picking wickets was his biggest asset something that Axar Patel will be expecting do as well. His recent performance against Australia in the T20Is has been impressive as he picked 3 wickets and conceded 17 runs in the first match. In the second T20I he notched 2 wickets and conceded 13 runs in 2 overs. We could see the pair of Axar Patel and Ravi Ashwin heavily during next month’s T20 World Cup. 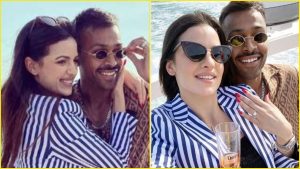 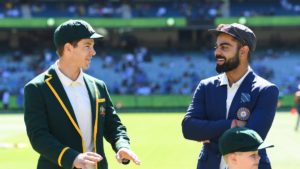 BCCI plans to organize IPL in September this year 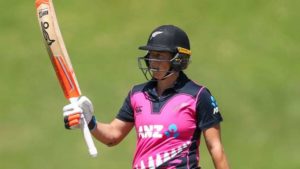