Mohammad Kaif still being one of the best fielders that the Indian cricket team has ever seen and known for his quick fielding at the cover position and running fast between the wickets. 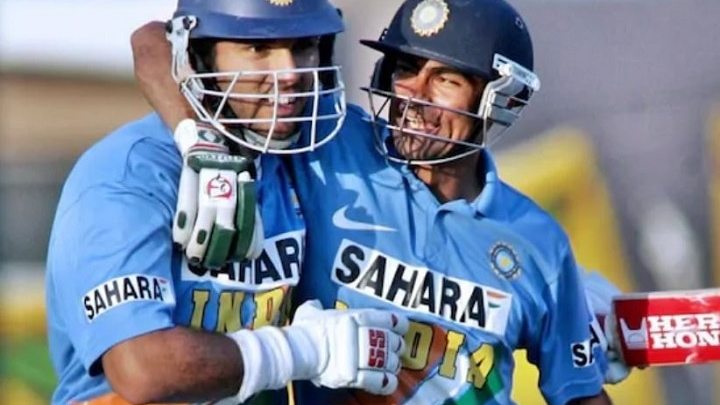 He along with Yuvraj Singh in the cover position has saved a lot of runs for India. He revealed in the recent Instagram live session with Yuvraj himself as he thought India will not win the Natwest finals once he (Yuvraj) was out.

India had to chase 326 in order to clinch the Natwest trophy final. Where Mohammad Kaif and Yuvraj built an amazing partnership and India clinched the final due to their heroic.

Where Kaif added that “I thought that the match was gone when you were out. I didn’t think we will win because I had a comfort factor with you.”

Kaif further stated that “And we were so close. I was set you were also there. So there was a belief if we played till last India will win. But you got out and it broke my heart”.

The NatWest final that took place in 2002, India completed that target which at one point of time seemed impossible to chase down as India lost 5 wickets at a score of 146.

There was something magical needed from the duo and they both built an amazing partnership of 121 runs to give India a glimmer of hope in that match.

Yuvraj got out on 69 but Kaif batted well with the tailenders to give India a win in the final over by two wickets and three balls to spare.

After the victory skipper, Sourav Ganguly took off his shirt and celebrated in style at the dressing room.

The victory celebration that Ganguly did he regrets to date as he said that it was done to take revenge from England player Andrew Flintoff who did the same when they toured India after winning the match.