Samoa Joe Biography: There are many wrestlers in the World Wrestling Entertainment platform, who sacrificed their lives and career to deliver you the entertainment you always expect. That sacrifice sometimes makes ways to success or put one out of action. Keeping this in mind, WWE started its development territory NXT, where several superstars like Seth Rollins, Finn Balor succeeded inside the squared circle after being developed to sacrifice their bodies. Not only ‘The Shield’ or ‘Balor Club’ emerged out as a successful wrestler from NXT to WWE, but super heavyweight like Samoa Joe has been dominating WWE since his debut in January 2017.

Nuufolau Joel Seanoa known by his in-ring name Samoa Joe is an American professional wrestler, currently signed to WWE for Raw brand. In the entire career of Samoa Joe until now, he performed at some renowned wrestling platforms like TNA, Ring Of Honor (ROH), NWA and NXT. 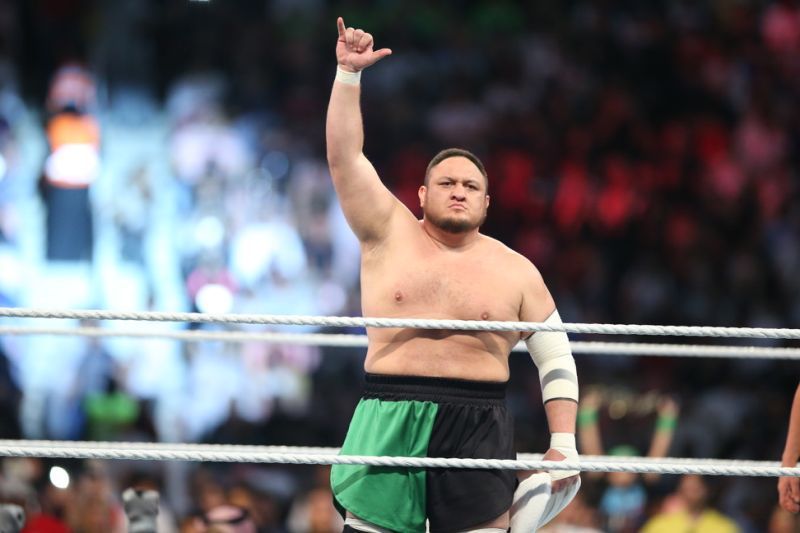 Since his debut on WWE Raw in 2017 during the Wrestlemania feud between Triple H and Seth Rollins, Joe has battled with almost every superstar of his league and modern era. Starting from Seth Rollins to recent brawl with Roman Reigns, he has now become the key superstars in Raw’s locker room.

He is the only wrestler from NXT to become the first-ever two-time NXT Champion. In March 2019, Joe won his first title on the main roster, the United States Championship.

Samoa Joe Early Life
Nuufolau Joel Seanoa was born on March 17, 1979, in Orange County, California, United States. During his childhood, Joe marked his debut at the 1984 Summer Olympics and later became California State Junior Judo Champion. He was also involved in football as an all-league football player when he was in Ocean View High School. Most of his childhood time was spent in ʻEwa Beach, Hawaii. 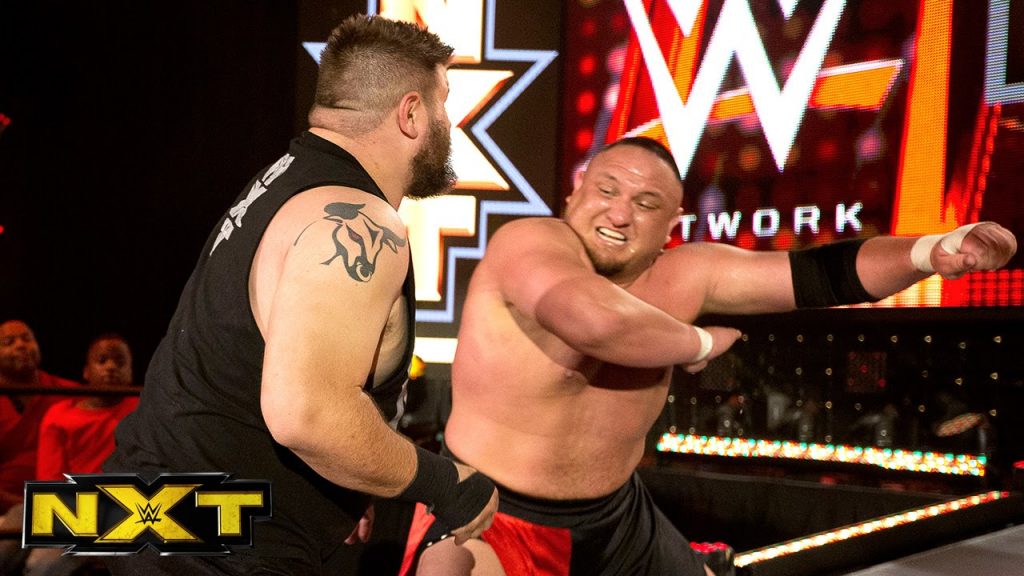 Samoa Joe started his career in December 1999 in a match against “Uncle” Jess Hansen post three months of his wrestling training.  In the year 2000, Joe joined Ultimate Pro Wrestling (UPW) and became UPW Heavyweight Champion and later held the achievement of longest-reigning UPW Heavyweight Champion ever. After tasting the success of being a champion, Joe moved to Pro Wrestling Zero-One where he teamed up with Keiji Sakoda and became the inaugural NWA Intercontinental Tag Team Champions.

Joe also became a part of the RIng of Honor (ROH) where he beat Xavier to become ROH Champion. He held that title for twenty-one months before losing it to Austin Aries at “Final Battle 2004” in 2004. He was ceased to be a full-time performer in ROH.  After having a feud with stars like Kenta Kobashi, Jay Lethal and many others, he moved ahead to be a part of Total Non-Stop Action Wrestling in 2005 and made his debut against  Sonjay Dutt in a match.

Joe rose to the fame at TNA in very less time and started his feud with all-time great and WWE Hall of Famer Kurt Angle for the title. Joe defeated Angle for TNA World Heavyweight Championship and even became TNA’s third Triple Crown Champion.

During his wrestling tenure at TNA, Joe bagged a chance to team up or battle with some big names in wrestling business including Nash, Scott Hall, Kurt Angle, AJ Styles, Booker T, and Sting.

Joe made his debut for the Puerto Rican International Wrestling at Noche de Champions in February 2009. After, he appeared at JAPW 18th anniversary show, where he defeated Chris Hero on 15 November 2014.

Along with a superb wrestling career behind with ROH and TNA, Joe also made his presence felt AAA (2006, 2011) and Pro Wrestling Noah (2007, 2012). He returned to ROH in 2015 confronting ROH World Champion Jay Briscoe and challenging him to a title match. Samoa Joe returned to ROH in-ring action for the first time since 2008 to face Jay Briscoe, who defeated Samoa Joe to retain the ROH World Championship.

In 2015, Joe made his debut on WWE during NXT TakeOver: Unstoppable where stopped Kevin Owens from attacking an injured Sami Zayn with a chair. Joe made his in-ring debut during an episode of NXT, defeating Scott Dawson. Later, Joe got an opportunity to pair with Finn Balor to battle for the Dusty Rhodes Tag Team Classic tournament, which they won after defeating The Lucha Dragons (Kalisto and Sin Cara) in the first round, Enzo Amore and Colin Cassady in the quarter-finals, The Mechanics (Dash Wilder and Scott Dawson) in the semifinals and Baron Corbin and Rhyno in the finals at NXT TakeOver: Respect. 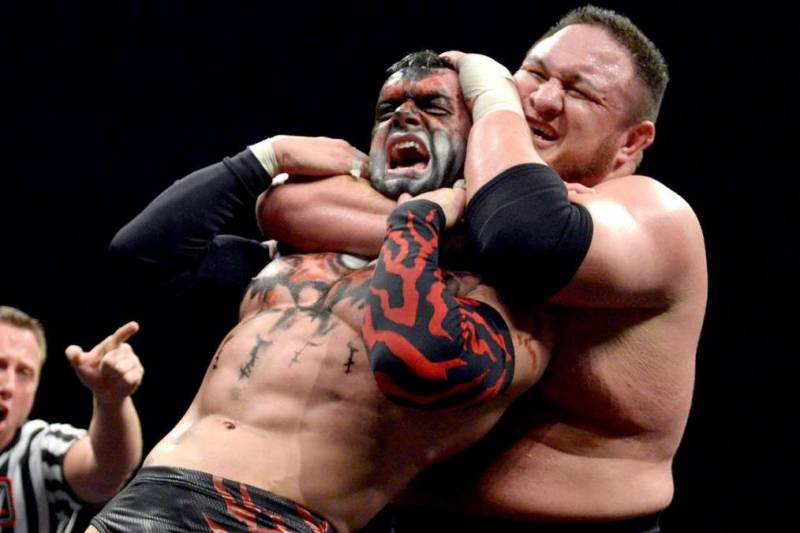 Joe turned his heels on Balor and challenged him for NXT Championship. He defeated Balor to win the championship Joe started his feud with Shinsuke Nakamura, who defeated him in a title match on at NXT TakeOver: Brooklyn II, ending his reign of 121 days. However, Joe defeated Nakamura once again to become first-ever two-time NXT Champion.

After marking his name in WWE history books as first-ever two-time NXT champion, Joe made a shocking debut at WWE Raw during the Wrestlemania feud between Seth Rollins and Triple H. His first WWE main roster in-ring performance was against The Big Dog Roman Reigns, whom he defeated after the interference of Braun Strowman. Joe defeated Bàlor, Rollins, Reigns, and Wyatt in an Extreme Rules match at Extreme Rules to become the number one contender to Universal Championship, however, he was later defeated by Lesnar. At Summerslam, Joe along with Strowman and Reigns were defeated in a fatal four against Lesnar for Universal Championship.

Joe was sent to the SmackDown brand in the 2018 Superstar Shake-up. Joe challenged Styles for WWE championship however he lost twice to him. However, Joe bagged US title from R-Truth after he beat Truth, Andrade, and Mysterio on Raw. In the 2019 Superstar Shake-up, Joe moved to Raw. Joe lost the title to Mysterio at Money in the Bank. Joe became the US champion for the second time when Mysterio vacated the title due to his injuries. He again lost the title to Ricochet and turned his head on gold and went one-on-one with WWE Champion Kofi Kingston for the title, however, Joe was defeated. Kofi Kingston defeated Samoa Joe and Dolph Ziggler at WWE Smackville in a triple threat match for WWE Championship. 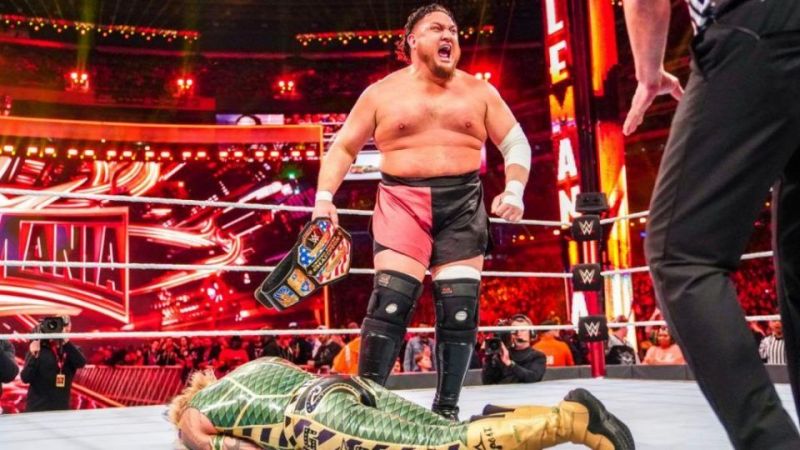 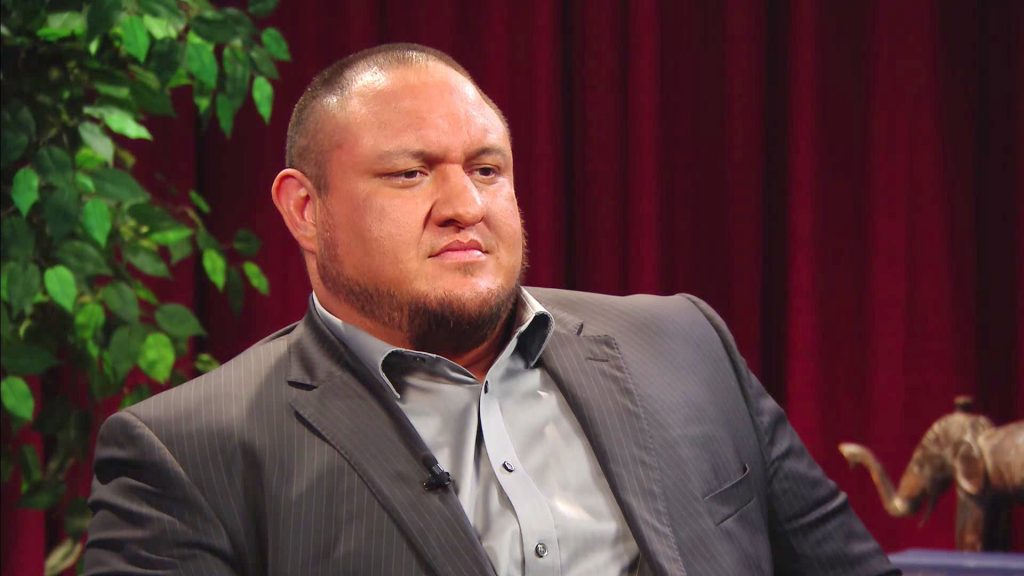 Samoa Joe’s net worth is estimated to be $5 million and is constantly rising.