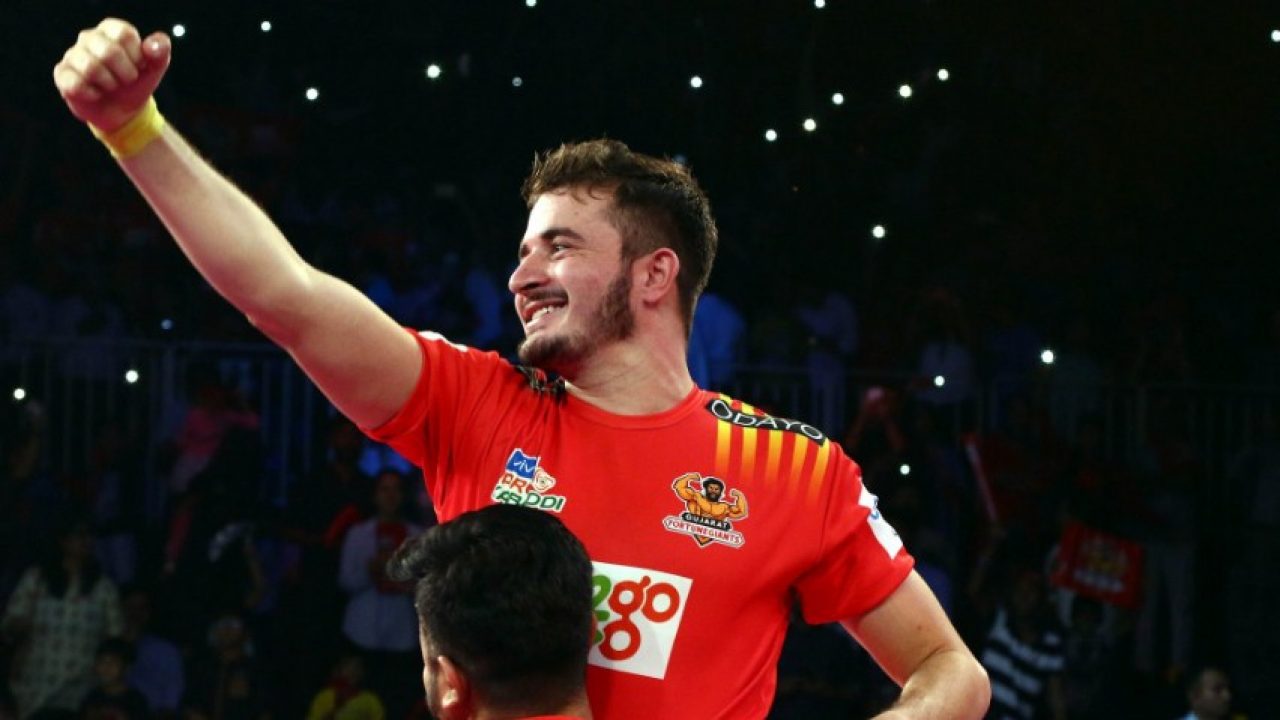 Parvesh Bhainswal was born on 4th December 1997 at Howrah, West Bengal. he was brought up in a village in the small town of Bhainswal in the Sonipat district of Haryana. His elder brothers, Sarvesh Mallik represented their school Kabaddi team and inspired him to develop a strong passion for the sport right from his childhood. Parvesh was a teenager when he realised that he had the potential of continuing Kabaddi professionally in the future. Hence, he appeared in the U-14 nationals and also the school nationals.

Parvesh Bhainswal drew the attention of the Indian Kabaddi circuit while playing University nationals. The coach of Sports Authority of India, Mr Jaivir Sharma saw him outperforming the opponents by winning a gold and hence was transferred him to SAI, Gandhinagar. Parvesh won 2 consecutive national titles for his university and kept on performing exceptionally well at Junior level. He was also selected for the Indian Junior squad Asian Kabaddi Championship.

Road to success is never easy. All our sweat, determination and hard work paid off well. It gives me immense happiness to be a part of this journey. And nothing gives more happiness than making your country proud. #INDIA❤ #gold #wewon #proudmoment #southasaingames2019

Its passion was instilled in him at a very young age of 15, back when his elder brother Sarvesh Mallik, who himself a kabaddi player, used to take him to the local playground, and let him watch the techniques of the game. Watching his elder brother strike the perfect chord between raid and defense, gave birth to a need of making a name for himself in the sport. He kept playing at various district and state levels, honing his skill and all the while foraging for the perfect chance to prove his mettle with complete support from his family and school.

Parvesh and his cousin Sunil Kumar have been very close to each other’s success throughout their life. Parvesh and Sunil have crossed every crucial phase of their lives together. They completed their schooling together got selected into the same university team together. Their coach was so impressed by their mutual understanding that he Parvesh’s journey that he set them in the spot of covers, which is a very crucial position and requires a lot of understanding. Sunil’s journey is a replica of Parvesh’s journey.

It’s YOU vs. YOU Make sure you win 😎 #cantstopwontstop #stayhomestaysafe #fitnessfirst

However, both of them got picked in the 4th Season of PKL. Sunil got picked by Patna Pirates whereas Parvesh got selected for Jaipur Pink Panthers. Both of them didn’t have an exceptional season as they lacked each other’s support. However, both of them were picked up by Gujarat Fortune Giants in season 5. They added 108 tackle points to their team’s tally and guided them to the final in their maiden season itself.  Both of them have almost spent every minute of their life together have made it to the highest level of the sport together and look forward to doing the same in their bright career ahead.

Blocking is his signature move, in which he uses his quick feet to place himself directly in front of the escaping raider like a wall not allowing him to cross through the half-line. In season 7 of VIVO Pro kabaddi, Gujarat Fortune Giants bought him for a bidding price of 75 lakhs.

Bhainswal had the second most tackle points by an Indian player for Gujarat Fortunegiants in Season 5 with 48.

His tally of four Super Tackles in Season 5 was the most by a Gujarat Fortunegiants player.

Among players aged 20 or lesser, Bhainswal had the fourth most tackle points in Season 5.

He ranked 2nd with 82 successful tackles in 25 matches in season 7.