Gautam Gambhir is known for his frank opinions and doesn’t shy away in giving back to haters. Cricketer turned Politician was speaking in a panel discussion with Former Chief Selector MSK Prasad where he highlighted the issue of Ambati Rayudu. 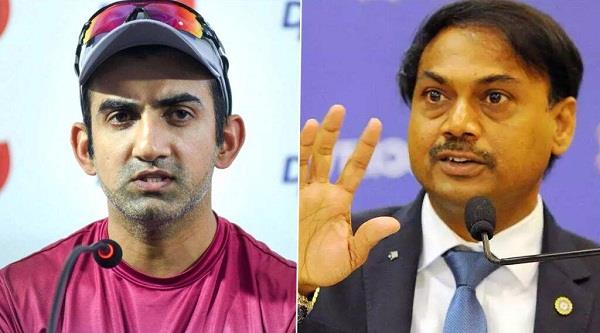 As Ambati Rayadu was dropped from 2019 world cup squad and Vijay Shankar was given preference over him right before the mega event.

Gambhir said that this decision by the selection committee is “absolutely shocking”. He also said that it is the time for Indian captain and coach to have more say in the selection matters.

However, Prasad and the company had received criticism from other players in the past like Yuvraj Singh, Suresh Raina, etc. They have been criticized for making the wrong decisions and dropping the wrong player at a crucial moment.