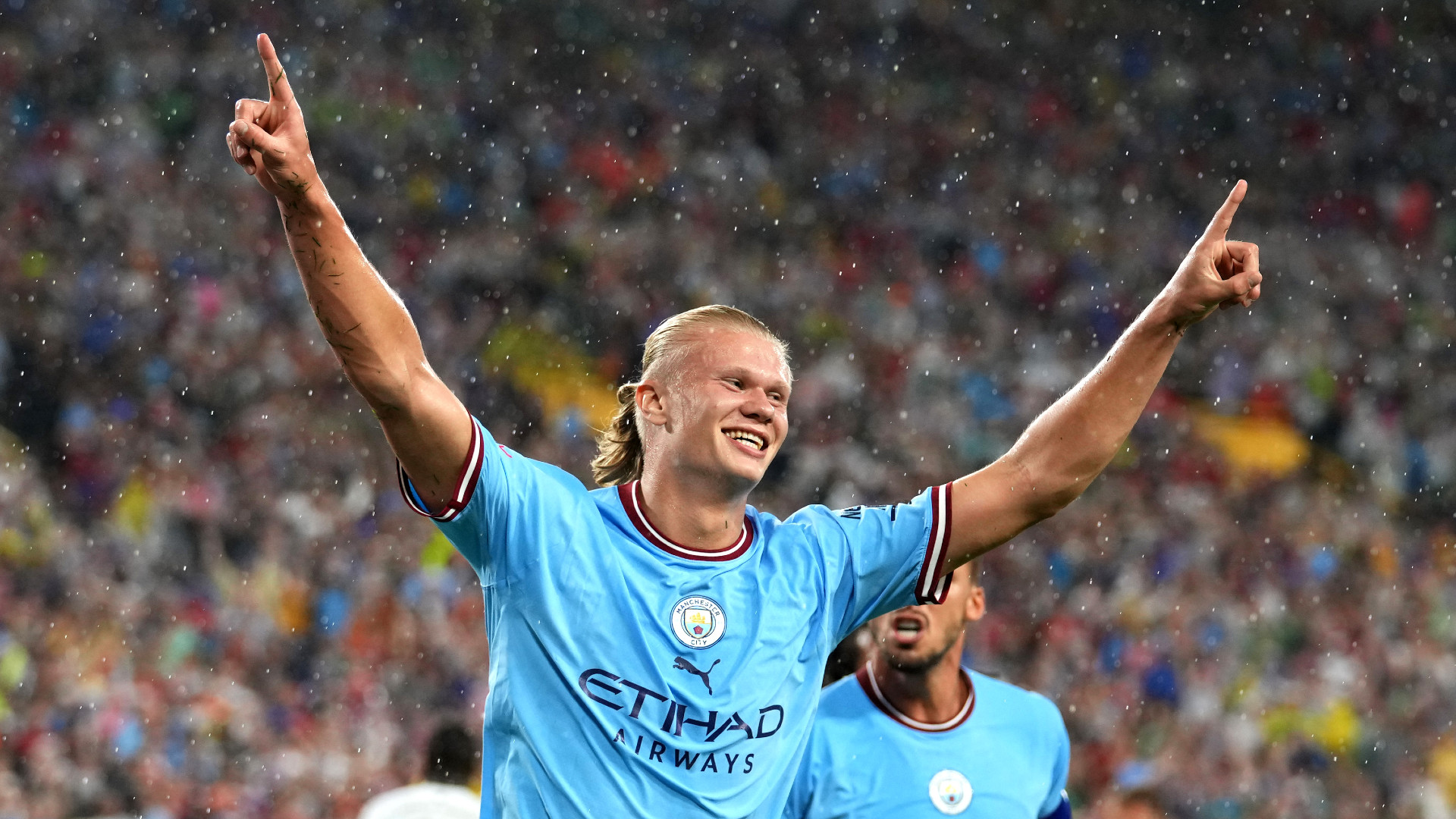 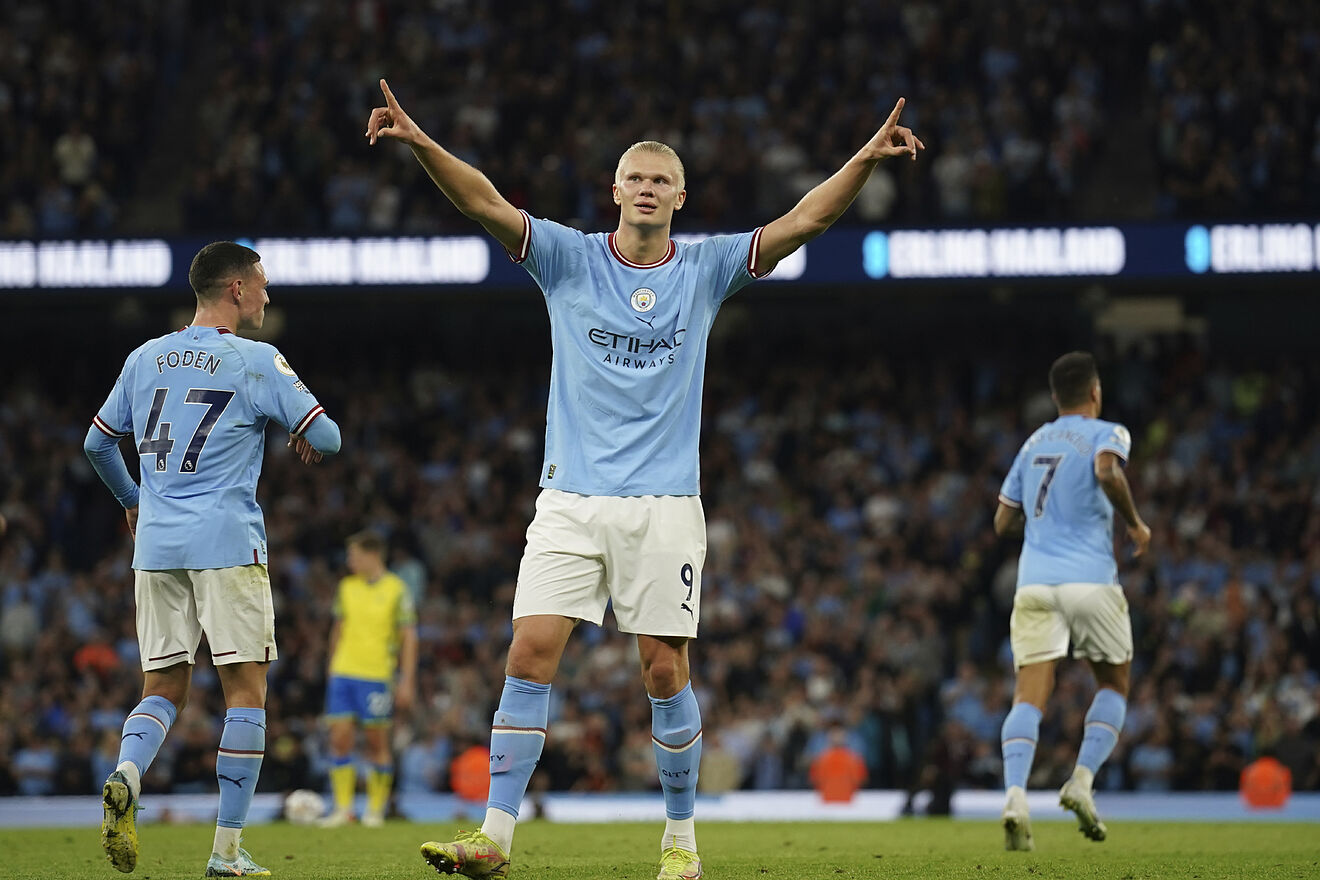 The rest of the Premier League teams might have a problem with wake of Manchester City’s newest striker Erling Haaland after the games he played against Crystal Palace and last night Nottingham Forest. We are just 5 games into the new season of Premier League 2022-23 and Premier League managers are already giving out tips on how to play against Erling Haaland.

Manchester City New no. 9 has played against the great managers like David Moyes, Eddie Howe or Patrick Vieira and none of them could stop the beast incarnate to score against their teams. Despite their all the best tactics, all have failed to come with a proper plan to stop Haaland from scoring.

Last night against Nottingham Forest, Erling Haaland once again scored a 45-minute first half hat-trick in back to back games. From the reports it was put to the Steve Cooper, Nottingham Forest manager that Manchester City newest striker has already scored 9 goals in his first 5 Premier League games, after the match Cooper was asked if he had ever played against striker like him. “No, I have never seen anything like him,” Cooper replied

Even his own manager, Pep Guardiola says the Norwegian, Haaland has the potential and skills to write his name into the Premier league greatest striker list after his lethal performance on the Premier League continued with a second successive 45-minute hat-trick.

Erling Haaland bagged a 26 minute first half hattrick to put down Nottingham Forest early in the game after just 4 days doing the same with Crystal Palace.

The 22 year old striker is the first player in the Premier league history to score 9 goals in his first five games and might be able break Andy Cole and Newcastle legend Alan Shearer’s record of 34 goals in a single season.

Meanwhile, Erling Haaland has a long way to grab Sergio Aguero‘s Man City goal scoring record but manager Pep Guardiola says he can be the best player Manchester City ever will get.

“Sergio is the legend. Nobody can break the position in the hearts of City fans, scoring the most important goal in the modern history,” Pep said.

“Erling has the quality to be there. It’s not about him or Sergio. What Sergio has done is amazing. But Erling has this talent.

“When City bought Erling, everybody talked about what he has done in the past. What we wanted to do is help him. Hopefully, he can enjoy and score more goals.

“What he has done in Norway, Austria and Germany he tries to do here. He’s talented, we knew it.” Pep Guardiola believes even it is early stage of his career, Unfortunately only an injury will stop Haaland to grab more records and winning the Premier League Golden Shoe this season but as the manager, Pep wants to win titles with the club would mean more to him rather than just having stats.

“I think what we want is win the titles,” he added.

“If the record and the goals help to win it will be be perfect. Knowing him a little bit, I don’t know if he’d be happy breaking records if we didn’t win titles.

“I think he wants to be part of that. The better we play, he’ll have more chances to score goals.”

The trouble for the rest of the Premier league is that Haaland has only played 5 games and is still getting used to Premier League system, but the striker has already been remarkably methodical with his game.

A stat which will blow up your mind, Haaland played 68 minutes against the Notttingham Forest and he touched the ball 16 times and managed to hit four shots which three on target and scored three goals on every shot on target.

In his first 5 games, Haaland only touched the ball 105 times and scoring 9 goals as average a goal every 11.6 touch of the ball. This stat is frightening as compared to his first 5 games so far.

In the latest post match interview Haaland stated “It’s been good so far,”

“I’m not complaining. There’s going to be a lot of games, so it’s important to keep going and enjoy as much as we can. Amazing, nothing more to say.” 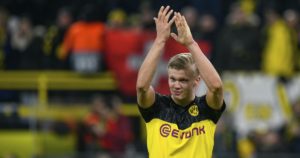 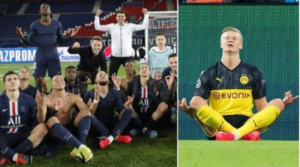 Mbappe, Neymar and the PSG squad mock Haaland’s celebration after win in the Champions League 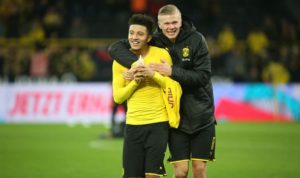 Cristiano Ronaldo Not thinking About Ballon d’Or
Join us: