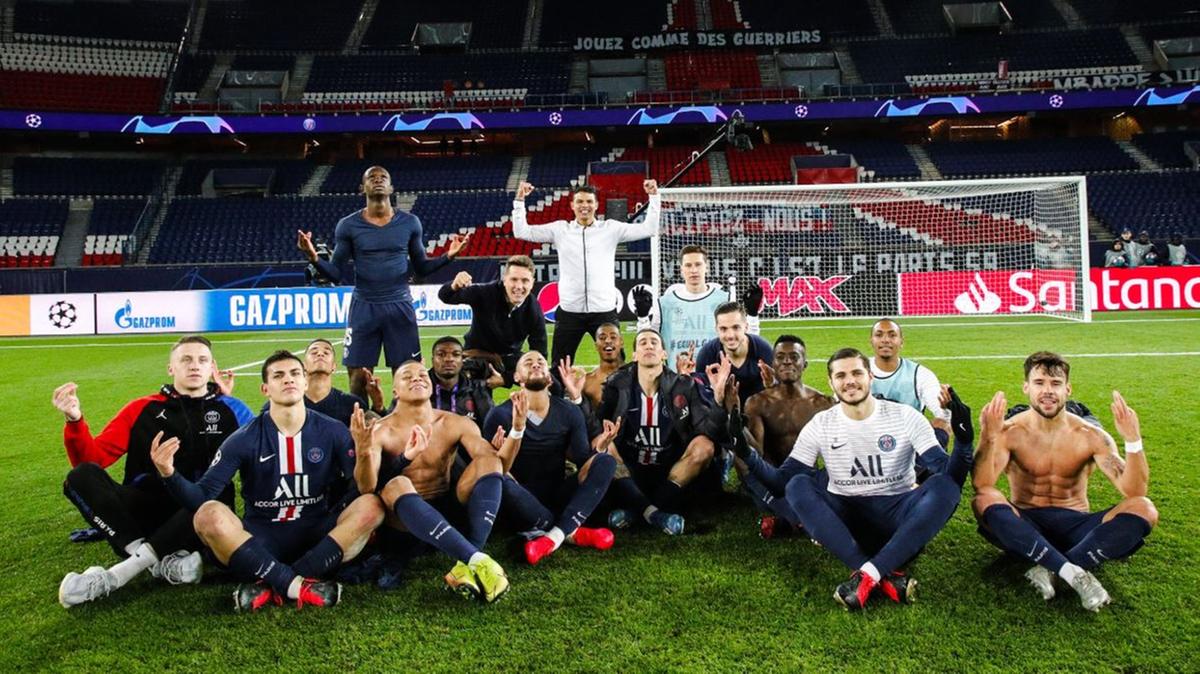 A group of mature men mocking a 19-year-old prodigy! It’s not out of a Hollywood script. It happened at the top-tier of football.

The whole Paris Saint-Germain squad mocked Erling Braut Haaland after their 2-0 win over Borussia Dortmund in the UEFA Champions 2nd leg round-of-16 match. And how did they do? They copied his ‘Zen’ celebration, flocked, had a laugh, posted videos across their social media accounts.

.@KMbappe and PSG did Erling Haaland's signature celebration in the locker room ? pic.twitter.com/SVpheH6ZXY

But if you follow this sport and its stars, then you could say it was coming, and Erling Haaland brought it upon himself. For the Norwegian sensation made a Snapchat post, 24 hours before the game, announcing that Paris belonged to him. It is his city. Or was!

Since joining Dortmund in the January transfer window from Red Bull Salzburg, Haaland has been magnificent, to say the least. In fact, all the hype he had around him was belittled by his output on the field as he broke Bundesliga records for a debutant. He has scored 12 goals in just 10 appearances for the German outfit before heading to France, and that’s the reason why Haaland was so confident of making a lasting impression on Paris, thinking he was going to score there. But couldn’t.

That Snapchat post perhaps propelled the scorching response from the PSG squad, led by superstars Neymar and Kylian Mbappe.

‪What a night!! ‬ ‪I’m so proud to play with you guys, My TEAM ❤️ @psg

Last month, Haaland scored twice as Dortmund beat PSG 2-1 in the first leg. He then celebrated by sitting in a mediation position.

But PSG’s antics, especially of Neymar and Mbbape, didn’t go well down with the fans and the pundits, with many of them accusing PSG team lacking the respect and class for a fellow player.

Gary Linekar was certainly not impressed with Neymar Mbappe mimicking the 19-year-old. The former Barcelona and Leicester City star tweeted that their action showed a ‘lack of class’.