Indian skipper Virat Kohli has been fined for excessive appealing during the match against Afghanistan on Sunday. Kohli was seen continuously appealing for a Leg-before which was given not-out by the umpire. One demerit point was also added to his record, taking his tally to two.

Kohli has received a second demerit point since the revised Code implemented in September. Kohli had received his first point during the Pretoria test against South Africa on 15 January 2018. 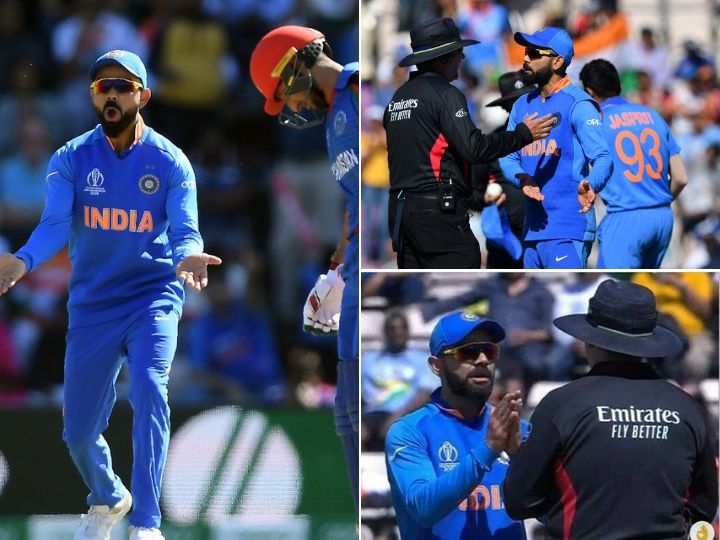 “Kohli was found to have breached Article 2.1 of the ICC Code of Conduct for Players and Player Support Personnel, which relates to “Excessive appealing during an International Match“, an ICC release said.

Jasprit Bumrah had struck the ball on Rahmat Shah’s pads, following which Virat Kohli advanced toward Aleem Dar and appealed excessively for an lbw. It has also been understood that Kohli had accepted the sanction proposed by match referee due to which there was no need for a formal hearing.

For those of you who don’t know, when a player gets as many as four demerit points in a period of two years, then the points get converted into suspension points, followed which a player gets banned for a decided number of match.

Two suspension points mean a player gets banned from one Test or two ODIs or two T20s, whichever comes first.

Kohli went cheaply for 18 in India’s opening game against South Africa but notched up 82 and 77 in the next two games against Australia and Pakistan respectively.