Indian opener Shikhar Dhawan has been ruled out of the World Cup due to the thumb injury he sustained in the Australia game on 9th June. Shikhar Dhawan was hit on his left thumb by a Nathan Coulter-Nile’s delivery following which he was ruled out for the next three games against Pakistan, Afghanistan, and West Indies.

However, following several specialist opinions, he will remain in cast until the middle of July and therefore will not be available for the remainder of ICC World Cup 2019. 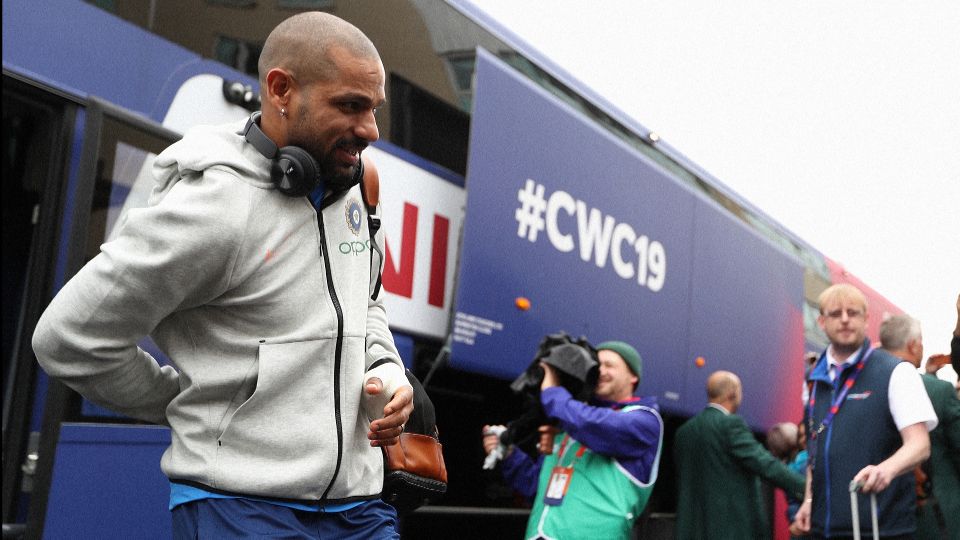 The Board of Control for Cricket in India has named Rishabh Pant as his replacement for the remainder of the World Cup matches. BCCI has written to ICC requesting Rishabh Pant to name as a replacement.

“Shikhar Dhawan has fractured the base of the metacarpal (bone) of his left hand. His hand will remain in a cast till mid-July which rules him out of the ICC 2019 World Cup,” team’s administrative manager Sunil Subramanium told media persons.

“Dhawan was never going to be fit in time. However, the team management was reluctant to name a replacement. It was never on  same page with selectors who wanted to announce an official replacement right after his (Dhawan’s) diagnosis,” said a source close to BCCI.

Official Announcement 🚨🚨 – @SDhawan25 ruled out of the World Cup. We wish him a speedy recovery #TeamIndia #CWC19 pic.twitter.com/jdmEvt52qS

Rishabh Pant has been chosen over Ambati Rayudu as a replacement owing to his fearless approach. Pant has played only five ODIs for India in which he has scored just 93 runs at an average of 23.2. However, it is his Test match performances and IPL performances which got him the ticket to the World Cup. The left-hander was brilliant in the recently concluded Indian Premier League. The Delhi batsman scored 488 in 16 matches at an average of 37.53.

Though, Indian all-rounder, Vijay Shankar is most likely to be preferred over Rishabh Pant for the number four position ahead of the match against Afghanistan. Shankar was brilliant with the ball against Pakistan, picking up two crucial wickets in the match. In addition to that, with Bhuvneshwar Kumar ruled of the next two matches, Shankar’s role in the team will be even more important.

Nonetheless, Shikhar Dhawan’s exit will be a big blow for team India, considering his record in England and in the World Cups. India, fortunately, did come into the World Cup with a back-up opener in the form of KL Rahul. Rahul opened the innings with Rohit Sharma in the last match against Pakistan. The 26-year old batsman played a fine 57-run knock and laid the foundation for a high-score posted by India at Manchester. India will be hoping that he will continue his good run in the remainder of the tournament.