A role model for many, Sushil Kumar is one of the finest wrestlers India has ever produced. A recipient of Rajiv Gandhi Khel Ratna Award, Sushil Kumar is the only Indian to win two Olympic medals, 2008 Beijing Olympics and 2012 London. Inspired by his father and cousin, he took the sport of wrestling at just 14 years of age. He started training at Chhatrasal Stadium’s akhada where Yashvir Singh and Ramphal trained him.

The Indian wrestler never looked back from there on, becoming the state champion in Haryana in just four years.

Growing up, Sushil Kumar’s father and cousin were his biggest inspirations who themselves were wrestlers. His cousin, in fact, had to give up wrestling as the family could only manage to fulfil the necessary expenses of just one wrestler in the house.

Sushil Kumar’s first medal came at the World Cadet Games in 1998. At an age of just 18, he bagged his first international gold medal at the event. 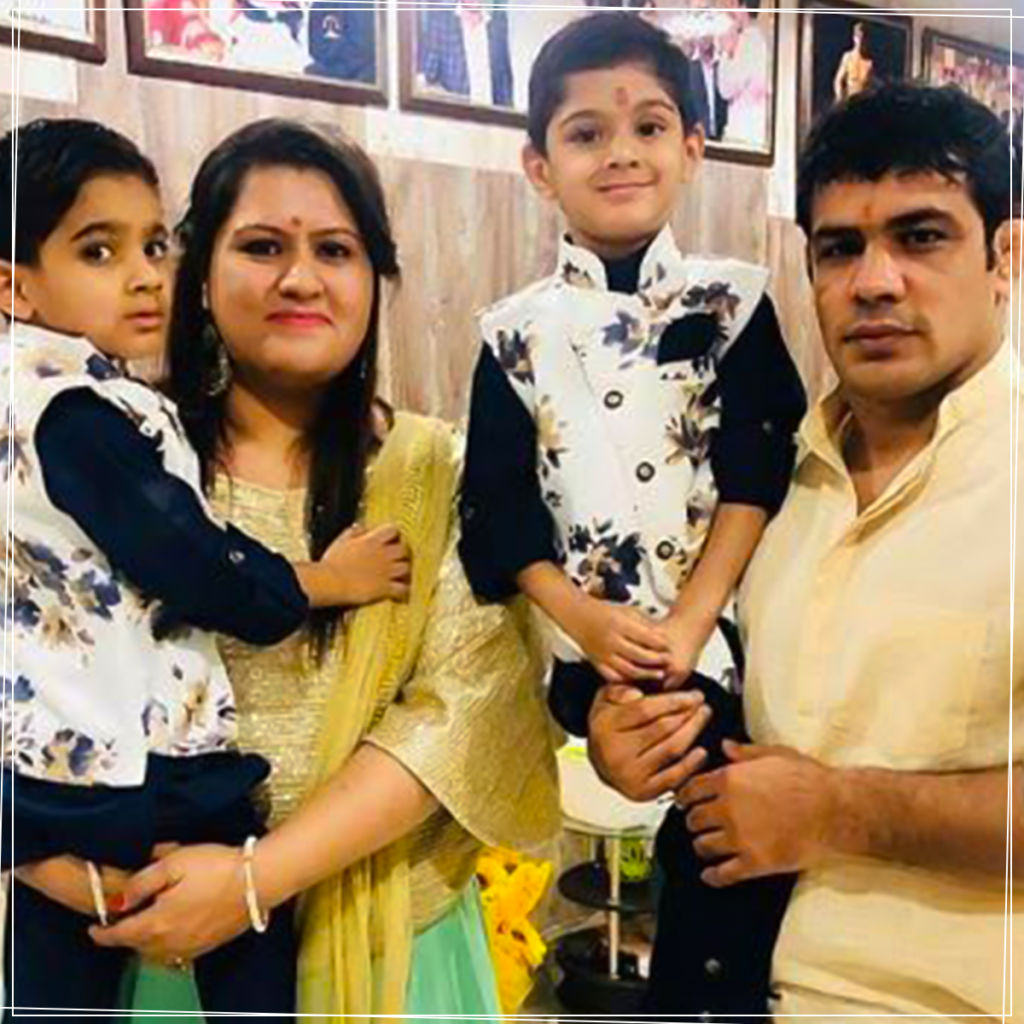 Indian wrestler, Sushil was born in a Jat Family of Baprola Village near Najafgarh in South West Delhi. His father, Diwan Singh was a driver in MTNL Delhi, while his mother, Kamla Devi is a housewife. He completed his Bachelors in Physical Education and masters in the same subject from Noida College of Physical Education, Dadri.

The Indian wrestler is a strict vegetarian and prefers eating dietary products like milk, ghee, and fresh vegetables.

Sushil is currently working as an Assistant commercial manager in the Indian Railways.

Sushil Kumar Professional Life
Soon after taking up the sport, Sushil Kumar switched to freelance wrestling Cadet Games, and won a gold medal at the Asian Junior Wrestling Championship in 2000.

Post moving out of Junior Competitions, Sushil won a bronze medal at Asian Wrestling Championship in 2003, followed by a gold medal at Commonwealth Wrestling Championships.
Sushil Kumar has a bad outing in the 2004 Olympic Games in Athens, having placed 14th in the 60kg weight class. He made a roaring comeback, bagging gold medals at Commonwealth wrestling championship in 2005 and 2007.

Sushil won his first medal in Olympics, bagging a bronze at the 2008 Olympic Games, held in Beijing. On August 20, 2008, he played bronze medal match against Leonid Spiridonov, beating him 3:1. He made history at the 2012 Olympics, winning a silver medal in the event and thereby becoming the first Indian wrestler to win two Olympic medals in the history of the event. He lost to Tatsuhiro Yonemitsu in the 2012 London Olympics final.

Sushil Kumar defeated Qamar Abbas in the 74 kg final to win the gold medal at the 2014 Commonwealth Games in Glasgow, Scotland. 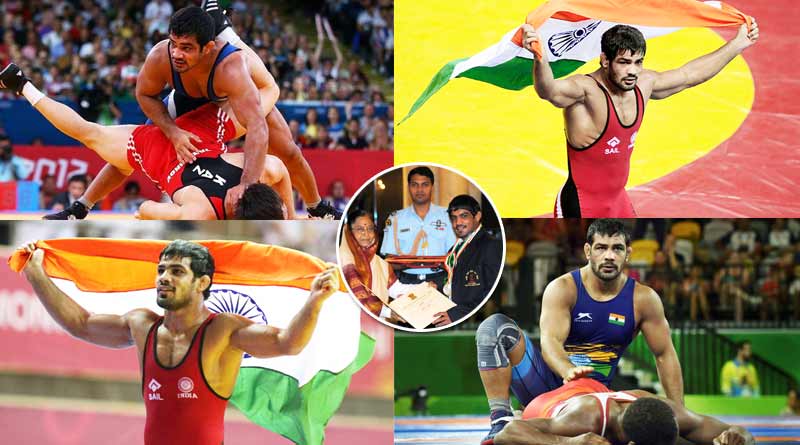 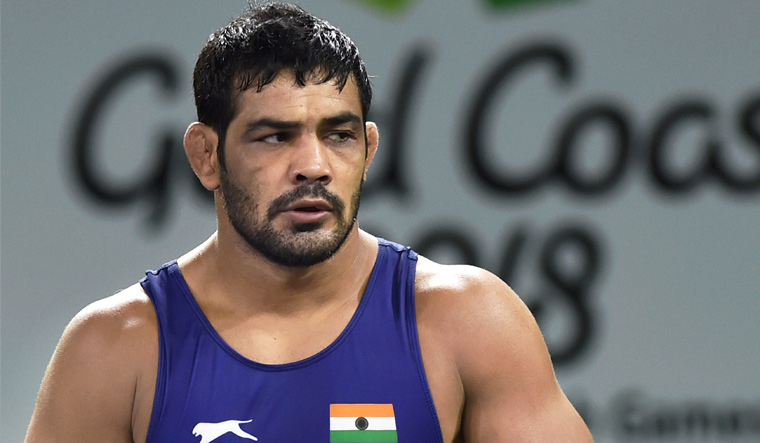 Indian wrestler, Sushil Kumar sparked a controversy in 2016 at the time of qualification for the 2016 Rio Olympics.

After winning a bronze at the 2015 World Championships, Wrestler Narsingh Yadav was expected to represent Indian in the 2016 Rio Olympics.

Sushil , on the other, wasn’t able to play in the World Championships, owing to a shoulder injury and therefore was overlooked for the lone spot in the 2016 Olympics which eventually led to a tussle between both the wrestlers.

Two-time Olympic champion Sushil Kumar insisted a trail to be held between both the wrestlers to determine who should represent India in the Olympics. On WFI’s denial for the same,he even knocked the doors of Delhi High Court only to return empty hands in the end.

“All I am asking for is a trial. I am not saying that you send me to Rio because of my glorious past. I am only saying that whoever between me and Narsingh is better, should represent the country at the Olympics. Since a quota belongs to the country and not to a particular individual, thus, when there are two good contenders, there must be a fair trial. There is a procedure that should be followed.”

Things didn’t quite go his way as he couldn’t participate in the 2016 Rio Olympics.

Sushil Kumar Net Worth
Sushil Kumar’s net worth is estimated between $100k and $1M (Approx).