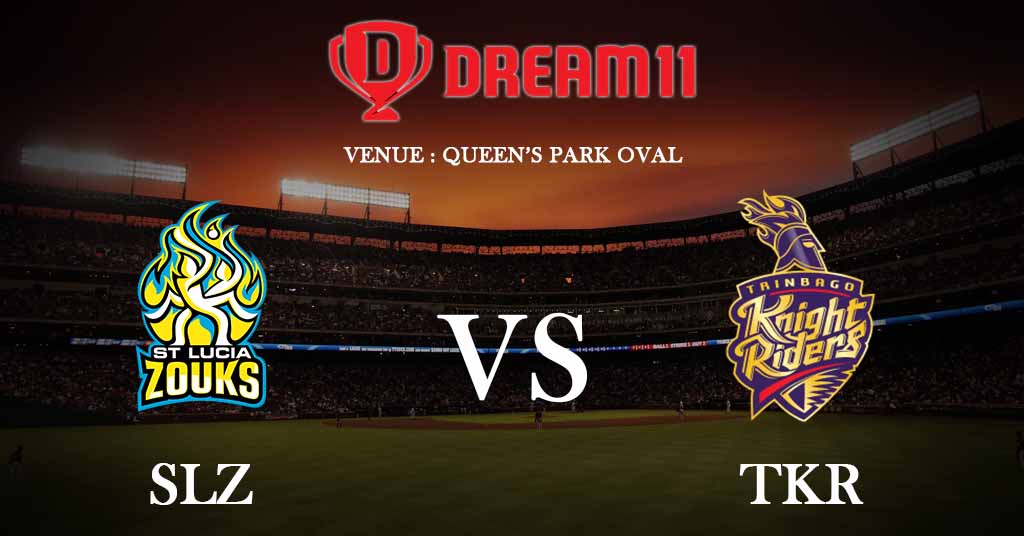 Trinbago Knight Riders will look to continue their winning run as they face an in-form St. Lucia Zouks side, who have a three consecutive wins under their belt in Match 13 of CPL 2020.

St. Lucia Zouks are on a dream run, having bounced back from their defeat against Jamaica Tallawahs in their CPL 2020 opener. Zouks now have won all of their last three games, and have defeated the more fancied sides in Barbados Tridents, St. Kitts and Nevis Patriots, and Guyana Amazon Warriors. Roston Chase, Mohammad Nabi, and Scott Kuggeleijn have been the stars of the show for the Zouks as they have pretty much taken the burden of the side on their shoulders. While Roston Chase is the third-highest run-scorer thus far, Scott is the top wickets take of CPL 2020 as of date. Kesrick Williams and Roston Chase are also in the top 10.

Trinbago Knight Riders look like the team to beat as they have worked really well collectively and have risen to the occasion. The Knight Riders have won all of their 3 games against top-quality sides in Guyana Amazon Warriors, Barbados Tridents, and Jamaica Tallawahs. Sunil Narine, Jayden Seales, and Ali Khan have all contributed with the ball, picking up 4 wickets apiece, while, Munro, Narine, and Darren Bravo have taken the burden of batting on their shoulders.

SLZ vs TKR Pitch Report and Weather Conditions:
The match will be played at the Queen’s Park Oval, Port of Spain, Trinidad. The track has generally been slow, but in the first game of CPL 2020 on the pitch, things looked slightly better for batting, though the pitch remained slow. Spinners can come into action as the days go by, and par score on the pitch looks likely to be in the region of 140-150.

SLZ vs TKR Weather Report
It is expected to be a bright and sunny day, and we can hope for some good cricket to be played. With the conditions being rather warm, expect the pitch to slow down further, and spinners coming into action.

SLZ vs TKR Key Players
St. Lucia Zouks
Mohammad Nabi: Mohammad Nabi seems to have hit form as he has consistently been performing lately, and has won 2 Man of the Match awards in the last three games. The Afghanistan all-rounder has given impetus to the Zouks’ innings whenever needed and has been among the wickets. Nabi has 3 wickets in 4 games, but has bowled very economical spells. He also has 90 runs to his name at an average of 30
Roston Chase: Chase has been a revelation for the Zouks. He has been consistent with both bat and ball and have risen to the occasion as and when needed, both with the bat and ball. The all-rounder won the Man of the Match award in the last game, and with suitable conditions, expect Chase to have another good outing.
Scott Kuggeleijn: He has been the x-factor of the side and a bowler not many were taking seriously, has done some serious damage. The Kiwi, loaded with variations, has outfoxed the batsmen more often than not and thus, sits pretty at the top of bowling charts in CPL 2020 with 10 wickets in 4 games.
Trinbago Knight Riders
Sunil Narine: He has played the role of a true all-rounder. He has 4 wickets in 3 matches, and has scored 111 runs in 3 innings, making him a top pick for the game.
Colin Munro: Munro is the top run-getter for Trinbago Knight Riders with 116 runs at an average of 58 and a strike rate touching 140. Munro’s last 2 innings read 50 and 49*, and he was also awarded the Man of the Match award in the last game.
Darren Bravo: He has been a surprise package for the side and with Lendl Simmons failing to hit form, Darren Bravo has stepped up big time. He is just behind Munro and Narine in the pecking order and has 98 runs at an average of 49. He looks a good bet for this game.

Trinbago Knight Riders have beaten Zouks in all of the last 5 legitimate fixtures. The games have been high scoring affairs barring one, and expect some runs to flow when these two meet again. 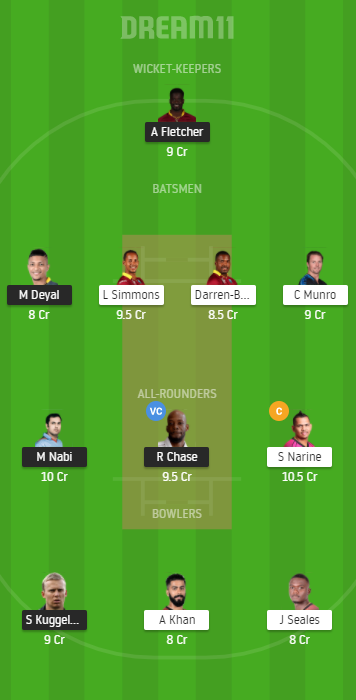 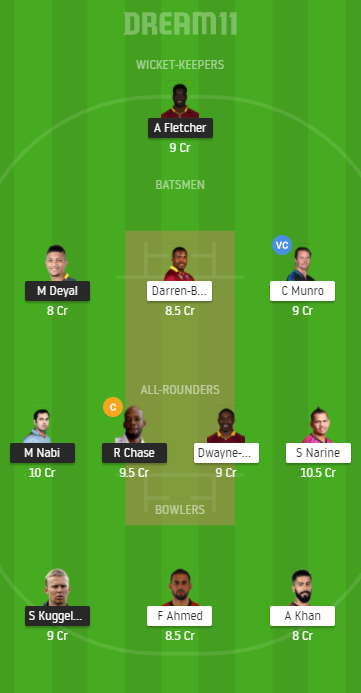 For more updates and the final Dream11 team, join our Telegram channel (https://bit.ly/2FLE2zi). We provide instant updates after the toss and final playing XI for you to win big cash prizes.

Disclaimer: The team is based on our research and projects certain facts and our analysis, and in no way guarantees you winning in Dream11 or any other fantasy platform. This is just a base for you to pick your team. Kindly think about what is best for you and make wise decisions. 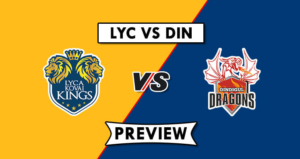 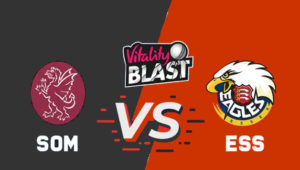 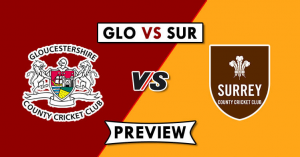 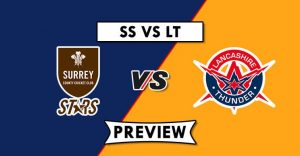