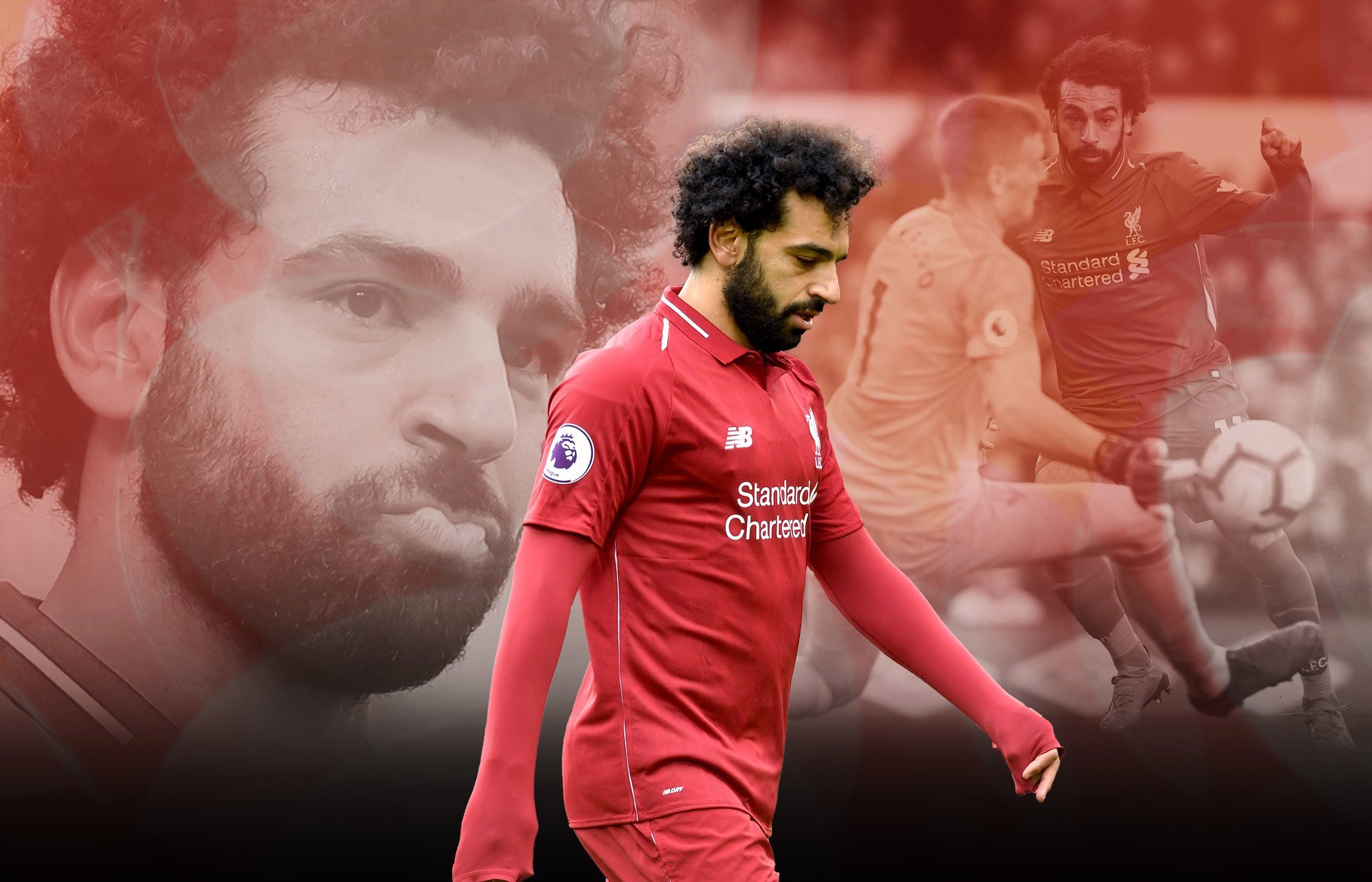 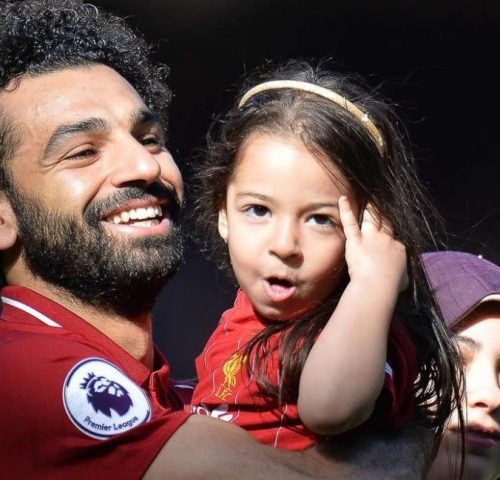 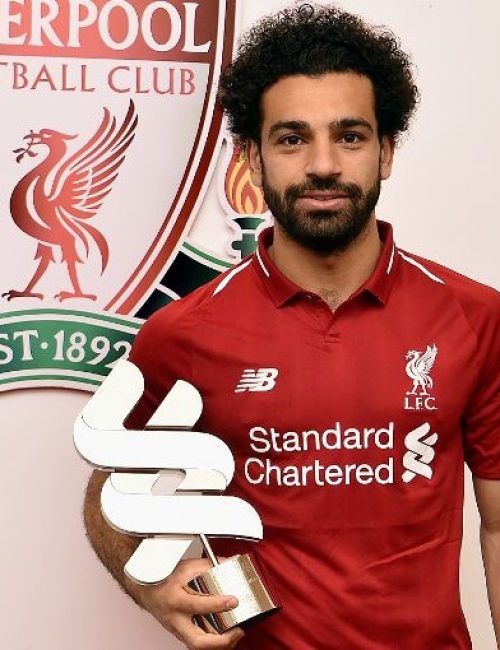 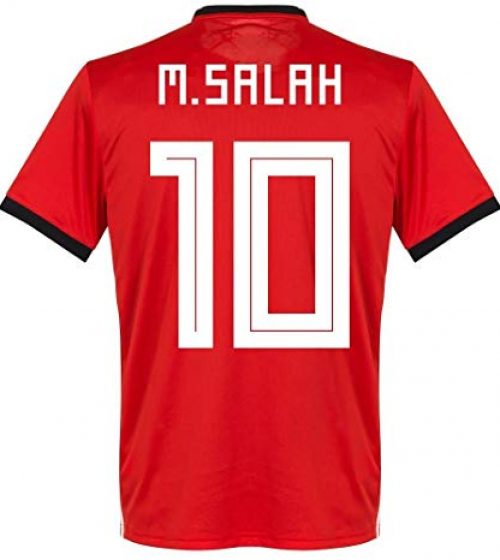 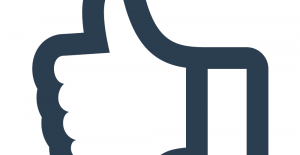 Mohamed Salah is a professional footballer who plays as a forward for the Egyptian national team as well as the Premier League club ‘Liverpool‘. The Egyptian wonder boy has captivated the minds of many in the field, his unexpected rise to the arch of football has caught many off guard. Salah is the thorn used in the field to prick its opponents with sharp attacking skills in the team. Mohamed is best known for his goal-scoring skills, finishing, dribbling and excellent speed. Salah also voiced against women discrimination in the Middle East, he said, “We need to change the way we treat women in our culture”. Apart from being playing like a god in the field, he is gained popularity and status of celebrity in social media.

# Mohamed Salah’s Biography: The Early Life: Mohamed Salah was born on June 15, 1992, in Nagrig, Gharbia, Egypt in a middle-class family. He was always forced by his parents, to concentrate on his academics, which he was not very good at. His worried parents always advised him to find a balance between his academics and sports, but he was never able to find his place in the academic setup with his heart and soul belonging to football. He always gave priority to sports, due to which he went against his parents and instead of pursuing a conventional career, he completely engrossed himself in football.

During his initial football career stage, Salah joined a local youth club El Mokawloon in Cairo, which was very far away from his home. He had to change five buses in a single trip to the academy. He gradually started improving his game and made a place for himself in the senior section of the team of the club in 2010. Starting as a substitute player, he slowly, and steadily, earned his place in the forward line, through his hard work and passion for football. Unfortunately, after two years, the Egyptian Premier League faced a shutdown and the fate of his career became uncertain.

# Mohamed Salah Personal Life: Mohamed Salah is a devoted, religious man, which can be seen in his goal celebrations as well, where he is seen performing Sujud every time. Mohamed Salah’s wife is Maggi whom he married to in 2012, and has been blessed with a girl child. He has also won over the fans, and in a way where his fans have gone on to comment that if Salah continues to play the way he has, and improves further, they all will adopt Islam. Salah’s daughter is pretty much religious just like her father but follows Christianity.

# Mohamed Salah Professional Life: In 2012, following the uncertainty surrounding the existence of the Egyptian Premier League, he luckily got an offer from Basel in April 2012 on a four-year contract. He turned up for the Swiss side, making his debut in the Championship League match, the very same year.

He then played in the Europa League in which he struck regular goals on many crucial occasions, helping his team reach the final, which they unfortunately lost. He played an important role in the Swiss Super League Championship 2012-13 as well and was a part of the Basel team during the Uhrencup as well.

For Liverpool, he played his debut match against Watford and won the hearts of the Liverpool fans by his performances right throughout the season. He scored 38 goals across competitions, in that season. During 2017 at the African Cup of Nations, he scored the highest number of goals and lead his team towards the finals. He was also the top goal scorer of his team at 2018 FIFA world cup 2018 with five goals.

He went on to have a rather successful season at Liverpool, helping them win the 2018-19 Champions League title, 6th in the club’s history and most by an English club.

# Mohamed Salah’s Net Worth and Salary: Salah’s net worth is currently estimated at $28 million USD. His net worth is boosted by his investments as well as endorsement/sponsorship deals with Adidas, Vodafone Egypt, to mention a few. His salary as of 2019 is £90,000 per week at Liverpool.

Salah agreed to a long term contract with Liverpool for 50 million Pound in 2017, which was a club record. He, thus, became Liverpool’s first-ever Egyptian player and scored in his debut match against ‘Watford.’ He was named as ‘Player of the Month’ for August by Liverpool fans.

In the 2017 ‘Africa Cup of Nations,’ he turned out as one of the leading goal scorers and helped his team to the finals. He also earned a place in ‘CAF Team of the Tournament.’ As of 2020, Mohamed Salah’s net worth is $70 Million dollars.

# Mohamed Salah Controversy: The sexual harassment controversy engulfing the Egypt national team has deepened with Liverpool’s Mohamed Salah coming under attack over his support for the team-mate at the centre of the allegations. Salah had faced a backlash over his comments, with critics accusing him of hypocrisy after he gave an interview to Time magazine in April when he passionately defended women’s rights in the region.

To mark his nomination as GQ’s Man of the Year, the Liverpool striker has appeared on the cover of the latest issue of the Middle East edition of the famous men’s magazine alongside the Brazilian model Alessandra Ambrossio – something which has sparked controversy in Egypt. It’s not the first time that GQ has paired up famous athletes and supermodels to grace its cover. But this time the images of Salah, a practicing Muslim, and Ambrossio have caused outraged on social media among some of the more conservative factions in the North African nation, in particular an image of the Brazilian model hugging the 27-year-old striker from behind.

Most of the comments criticising the Liverpool striker have pointed to the fact he is a married Muslim man and therefore should not be embracing other women “in this way”.

# Mohamed Salah Achievements and Awards: Salah made a big-money move to Chelsea in 2014 but he couldn’t get the chances he deserved and proved to be a failure under Mourinho, who decided to loan him out. He then had loan spells at Fiorentina and AS Roma, where he realised his potential. AS Roma then signed him on a permanent transfer, only to see him being snapped by Liverpool for a €42m fee that could rise to €50m. 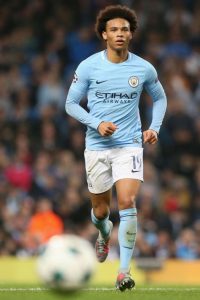 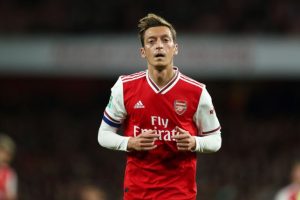 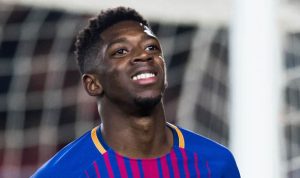 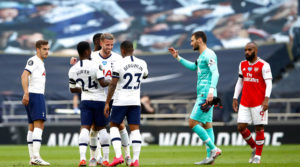