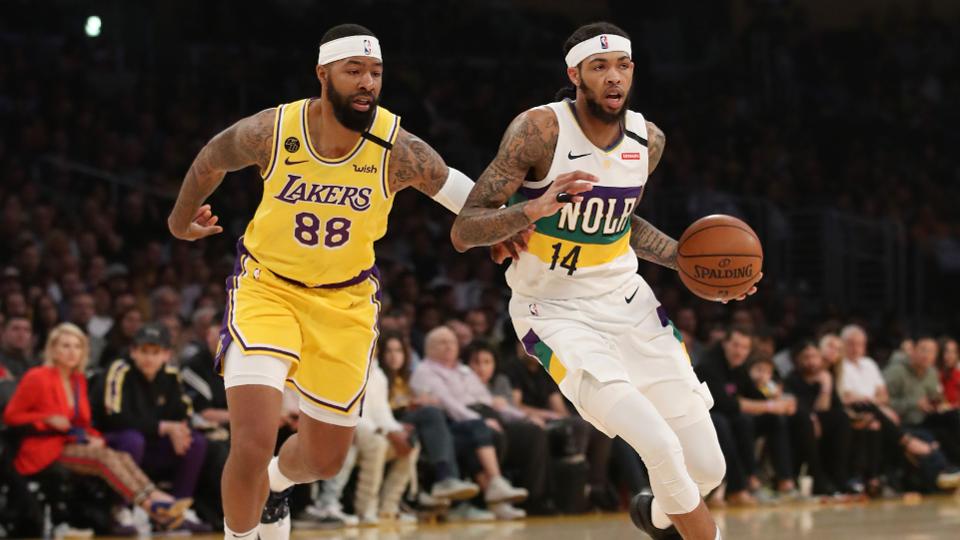 Los Angeles Lakers’ power forward Markieff Morris is reportedly set to join his side in the Walt Disney “bubble” ahead of the NBA restarts from July 30. Morris hadn’t travelled with the team to Walt Disney World resort previously but now he is certain of joining the side as early as possible.

As per the reports of Kyle Goon of the Southern California News Group, Markieff was out of the side due to his personal reasons and not due to the coronavirus. He had valid permits from the team’s management for his absence and now he is all set to join back in the next few days.

Markieff Morris has an excused absence from the Lakers at the moment but is expected to join them soon for the restart at Disney, according to a source.

Lakers have been seeing ups and downs within the team with Avery Bradley opting out of the league due to health concerns while Rajon Rondo fractured his thumb, thereby ruling him out of the remaining season. Morris’ presence could surely strengthen the side as he can be a useful part coming off the bench.

Morris had joined the Lakers on February 23 on a one-year contract and since then he played eight games for the side before the season was suspended on March 11 due to the coronavirus.

Morris may not be the frontline player for the Lakers, but his addition has somewhat created a much-needed depth in the forward. Since Lakers will be playing their opening game against their arch-rivals LA Clippers, Markieff would be facing the likes of Kawhi Leonard and Paul George and also give a resilient to his brother Marcus of the Clippers.

Markieff is currently averaging 10.1 points, 3.8 rebounds and 1.4 assists in over 12.47 minutes per game this season.