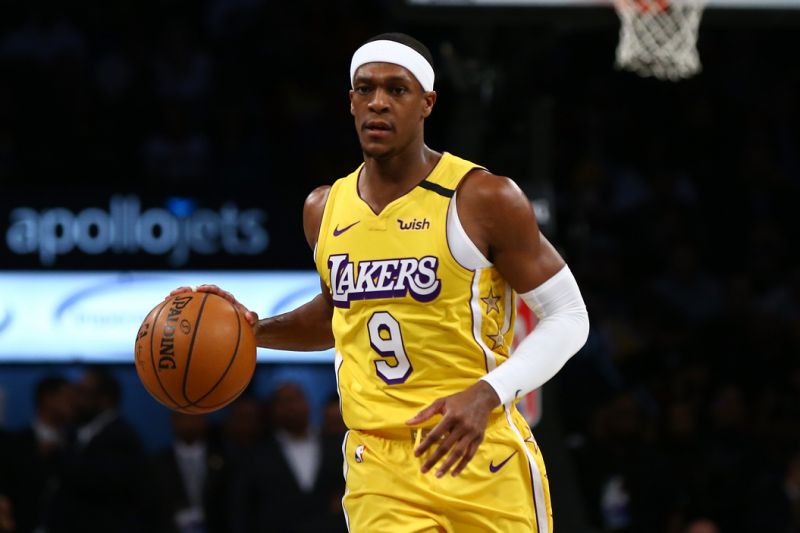 Los Angeles Lakers’ point guard Rajon Rondo has been ruled out of the remaining NBA season due to a thumb injury, on Sunday. The 34-year-old Rondo sustained a fracture on his right thumb during the Lakers’ practice session at the Walt Disney World near Orlando.

Lakers guard Rajon Rondo has suffered a fractured right thumb, will undergo surgery and is expected to miss 6-to-8 weeks.

This comes as a setback for the Lakers as the guard has been one of the most important parts of the side in 2019-20 season. He could have been the best option to fill in the shoes of Avery Bradley who has already opted out of the season.

The NBA season is set to resume from July 30 with Lakers playing their first match against their Western Conference arch rivals LA Clippers at ESPN Wide World of Sports Arena on July 31.

Lakers did acquire JR Smith but losing someone who has been a vital cog in the side, can cause a significant loss to LeBron James and co.

Lakers have been vivacious this season as they have topped the Western Conference and also booked a place in the playoffs. They currently hold a record of 49-14 this season and are one of the favourites to lift the title this season.

Talking about Rondo, he would still be with the team in Orlando and is currently averaging 7.1 points, 5.0 assists and 3.0 rebounds per game this season. Lakers still have potential guards for the backup in the form of Alex Caruso and Kentavious Caldwell Pope, and now both of them will have overtaxing responsibilities.

Meanwhile, Rajon will undergo surgery and he will be expected to be back by the end of August or starting September after complete recovery.