KET vs HAM Dream11 Prediction: Hampshire will play their first match at Rose Bowl against Kent. Rose Bowl is Hampshire’s home ground. Hampshire is lead by James Vince who was also part of the England World Cup team. They have also called Chris Morris as an overseas player. Kent also relies on Nabi, Qayyum, and Hardus Viljoen, who can turn the game. Kent is coming on the back of a victory in T20 Blast and would look to build momentum on the same. 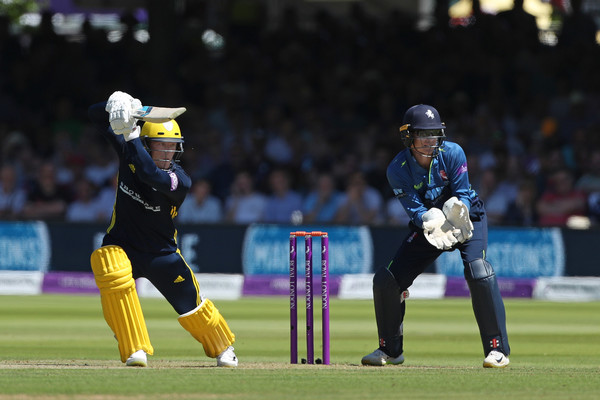 Rose Bowl Ground, Southampton is a batting track but end of the summer, the pitch gets slow. This pitch is good for batting but chasing is a good call. The average score is 174. We have seen IND-AFG game in WC where a score of 224 was defended easily.
Average Score: 174
Chasing teams record: Won 2 Lost 3

The opening match between Kent and Hampshire will be played on July 21, 2019, at 7 PM IST.

The Kent and Hampshire match in T20 Blast can be viewed on Sky Sports Network. In India, there is no broadcasting of T20 Blast.

Mohammad Nabi – The Afghani all-rounder would add tremendous value to the side and the Dream11 teams.
Imran Qayyum – The young left-arm spinner lit the T20 Blast when he scored some vital runs in the end, and then came back to register five-wicket hall. He would look to build on such performances.

Chris Morris – Chris Morris had a good World Cup for South Africa where he picked 13 wickets with good economy. He had a good IPL this year for Delhi and he overshadowed Rabada in the World Cup. His previous records are making him a valuable player in limited-overs cricket.
James Vince – James Vince is the captain of Hampshire. He is the part of the World cup winning team. His numbers in One Day Cup and County are good. Vince can provide a good start. He is not so quick but he accelerates his innings when he gets set. 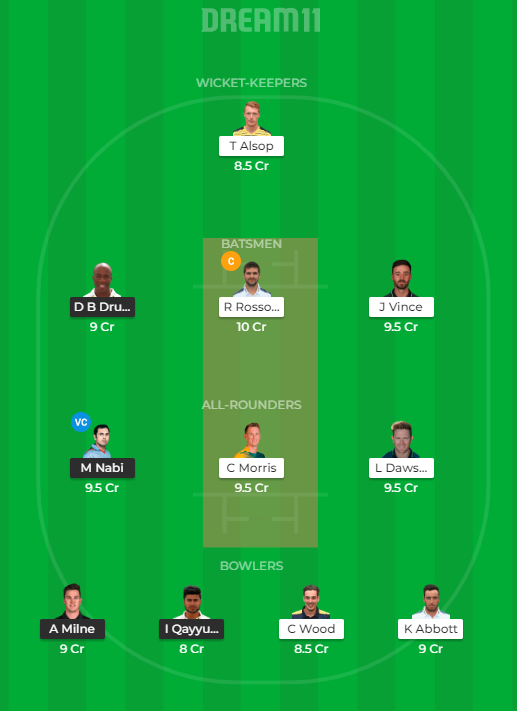