Indian sprinter, Jisna Mathew, had represented India at Summer Olympics 2016. At a very young age, Jisna has done wonders at some of the biggest stages and made her country proud on countless occasions. 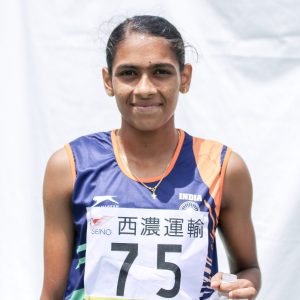 Although Jisna is only 5’1”, however, she has been blessed with long legs which give her a right stride length. And this impressed the legendary athlete P T Usha and she selected her into Usha School for athletes. But unlike her fellow trainees, Jisna had a weak heart. Usha, Jisna’a coach, didn’t give up on her and monitored her pulse rate. And through regular check-ups and training, Jisna’s pace got increased systematically.

Jisna Mathew was born on 7th January 1999 in Alakode, Kannur, Kerala. Her parents are K.M Mathew and Jessy Mathew. She also has a sibling named Jinju Mathew. Her family has always been supportive and helped her in every way to fulfill her dreams. 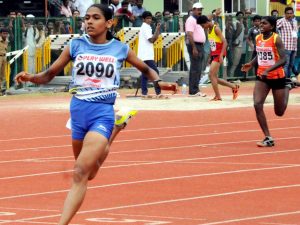 In her age category, Jisna Mathew is counted among the best quartermile. She secured the seventh position with a clock time of 53.14 s in the under 18 400m world list. She has also participated in the Olympics and Senior Worlds with the Indian relay team (4*400 m). At the Junior Asians, the 20 years old won a gold medal in 400 m  and in 2015, she earned silver at Youth Asians. M. R. Poovamma who is the Asian Games bronze medalist and Asian Championships silver medalist was shocked after watching Jisna winning the Indian Grand Prix by her splendid performance.

Before Nirmala Sheoran’s run at Federation Cup, Jisna had the title of the country’s fastest quarter-miler.

With time Jisna evolved into a fearless and confident athlete. 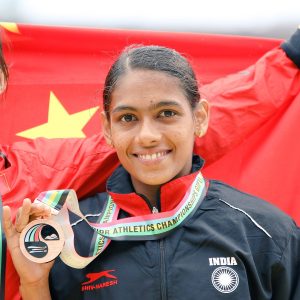 The young athlete from Kerala has only made headlines for her incredible performances and wonderful winnings. In between her hard work, the 20-year-old didn’t get time to build any such controversy.