Ashwini Akkunji Biography: Ashwini Akkunji Chidananda Shetty Akkunji is an Indian sprint athlete who specializes in 400m sprinting event. Ashwini is known for winning Gold medals at the 2010 Commonwealth Games and the 2010 Asian Games in 4 x 400 m relay team event with Manjeet Kaur, Mandeep Kaur and Sini Jose and an individual gold medal in the 400 m hurdles at the 2010 Asian Games held at Guangzhou, China. 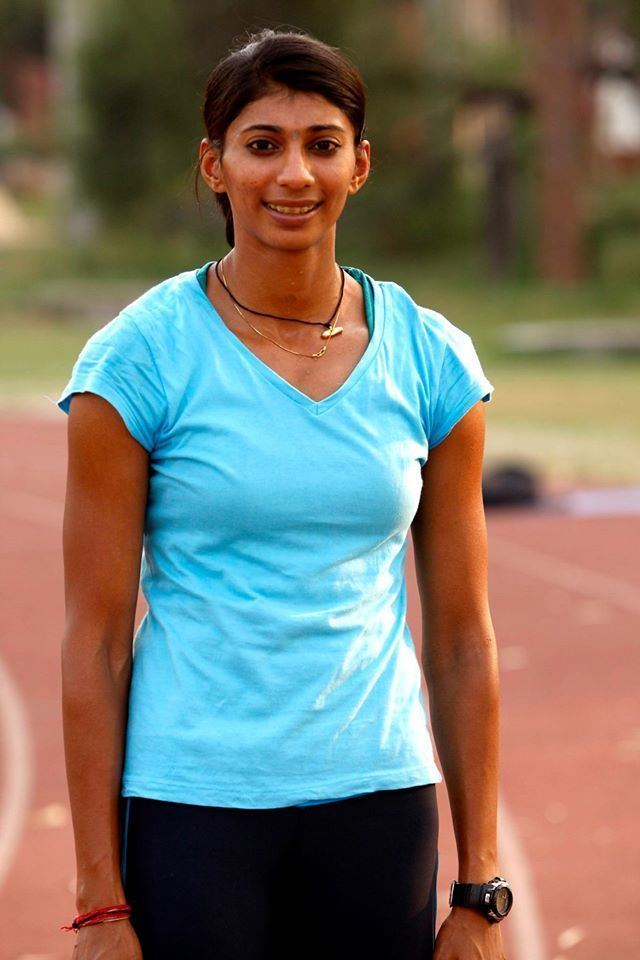 Ashwini Born in Siddapura village located in the Kundapura taluk of the Udupi district of Karnataka. She was born in an agricultural family with a sporting inheritance. Ashwini grew up in a Telugu speaking family with her mother Yashoda Shetty Akkunji and father, B.R. Chidananda Shetty. She has a brother named Amith Shetty and a sister named Dipti. Ashwini’s father had a 5 acre agricultural land where he grew Areca nuts to earn the living of the family.

Ashwini is the youngest among all the siblings. Her father was a farmer and did not have a high income. Ashwini was first time selected in the sprinting event in the year 2000, when she was just 13 years old. Ashwinin was selected into the Sports School, Vidyanagar. Hailing from a small village Siddapura to getting selected in the Sports School in Vidyanagar, Ashwini got a kick start to her career. Since then she never looked back. Her brother Amith and sister Dipti both are employed in the Indian railways. Ashwini is a religious girl with tough mindset as she gets a good support from not just her family but also the support from the people of her hometown. In 2015, Ashwini got engaged to Abhijit Rai who hails from Jansale Village near Kundapur in Udupi district. That’s from where she got the nickname “Jansale Express”. The couple then later tied the knot after the Rio Olympics in 2016. 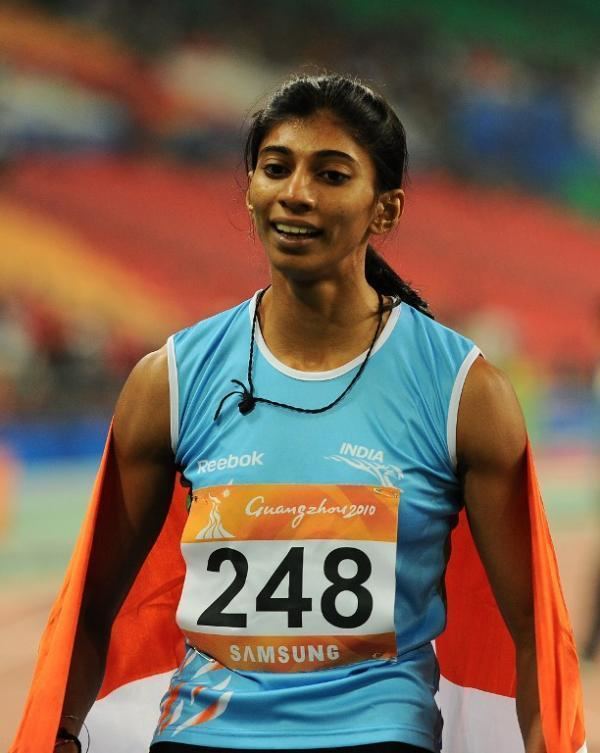 Ashwini Akkunji Professional Life:
Personal best- 400 m: 52.82 (Bangalore 2011) & 400 m hurdles: 56.15 (Guangzhou 2010)
Ashwini who started her career when she was just 13 years old, she has always been ambitious about her career. She has seen lots of ups & downs in her life. Ashwini has represented India at the various International sports meet. One being the Commonwealth Games in 2010 that was held in India where she won the gold medal in 4x 400m relay category. She also won a gold medal in the 400m hurdle race held in Guangzhou, China. Ashwini added another Gold medal on her name by winning in the 4x 400m relay category. Ashwini made her mark at the Global level. Seeing her success, Indian Railways offered her a job but as of now Ashwini works as a manager in Corporation Bank in Patiala, Punjab. Ashwini received Rajyotsava Prashasti  Award in the year 2010. State of Karnataka also honored her with a Civilian Honour. Ashwini also represented India in the Rio Summer Olympics held in 2016. However, she didn’t win any medal there. In 2015, Ashwini got engaged to Abhijit Rai who hails from the Jansale Village in Udupi and that’s from where she got the name of “Jansale Express”. The couple later tied the knot after the Rio Olympics in 2016. Controversies:
Prior to the Asian athletics championships that was going to be held in Kobe (Japan), Ashwini was banned by the NADA for the term of two years. Ashwini was tested positive for the Anabolic Steroids and was dropped from the relay team with a notice to stop practicing athletics for two years. Despite that Ashwini didn’t lose any hope as her dedication for being on the track never went down. The Court of Arbitration for Sport (CAS) upheld an appeal by the International Association of Athletics Federations against lighter sentences and handed Ashwini and 5 other athletes (Mandeep Kaur, Sini Jose, Jauna Murmu, Tiana Mary and Priyanka Panwar) a two-year ban.

Networth:
Ashwini works as a Manager in the Corporation Bank in Patiala, Punjab and gets a good salary. For her valiant show, Karnataka Government gave her a payment of Rs.1,00,000 along with 20 gms of gold medallion and a grant of priority in the allotment of house sites by the Bangalore Development Authority (BDA). She was also offered a job by the Indian Railways after a good show at the 2010 Commonwealth Games. Her net worth is around $ 1 million.