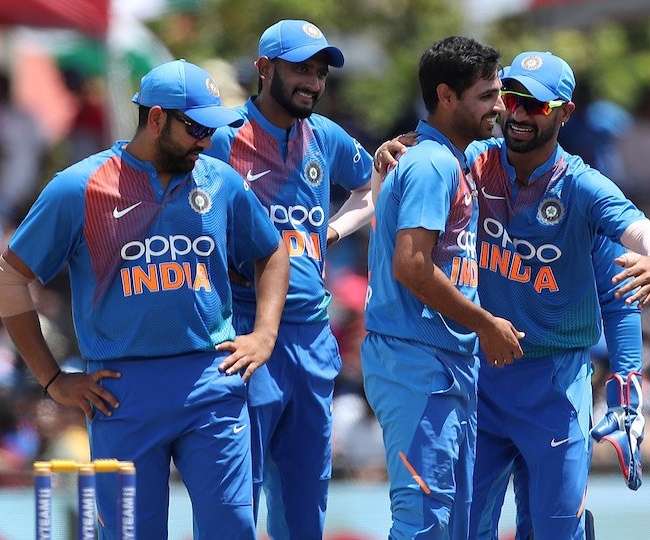 The first T20I between India and West Indies which is scheduled to take place at the Wankhede Stadium in Mumbai on December 6 is in doubt due to security reasons. According to sportstar, the stadium lacks enough security cover for the game to take place.

It has been two years since Mumbai have hosted a game at the Wankhede Stadium. Mumbai Police has asked Mumbai Cricket Association (MCA) to reschedule the game as they informed that they will be unable to provide enough security cover on the scheduled date. MCA have convened an emergent apex council meeting on Thursday to discuss the next course of action.

Meanwhile, Team India are currently passing a hectic schedule in the International arena. They are all set to play against Bangladesh in their first-ever day-night Test. The match is scheduled to start from November 22 at the Eden Gardens, Kolkata. Newly elected BCCI president Sourav Ganguly has also invited the Prime Minister of Bangladesh Sheikh Hasina for the historical second Test.

After the second test at the Eden Gardens, Team India will get no time to breathe as they will playing three T20Is and three ODIs against West Indies starting next month. The series will begin with the first T20I on December 6 at the Wankhede Stadium, if things stand as per scheduled.

The two teams have locked horns earlier this year as well when the West Indies hosted the men in blue for three T20Is, three ODIs, and two Tests. It turned into a one-sided encounter as India won all the games except one ODI which was washed out due to rain.