Cricket Fielding Positions: Fielding in the game of cricket was never given much weight at least till the arrival of the limited overs variant. The limited overs and T-20 form of the game have revolutionized the concept of fielding altogether so that there is now a new profound zeal for that aspect of the game. Although since inception, the game always had about 37 known cricket fielding positions on the field, yet only in recent times, the concept of specialist fielders for a position has developed quite recently.

Every nation playing the game these days attach great importance to fielding because with a good fielding unit, the outcome of a match can be influenced quite dramatically, as has been displayed more often these days. Therefore, we try to pick up on the knowledge of cricket fielding positions that can help in understanding the game more thoroughly and clear the air regarding the different positions and their significance.

Fielding Positions In Cricket: A cricket team consists of 11 members out of which 1 is a bowler and 1 wicketkeeper. Therefore, at any point in time, there are 9 fielders that can be placed on the field. A captain of a team has the choice of placing these 9 fielders according to his preference and the order of play. If the batsmen is a right-handed player and we take a look from the bowler’s end, the following different placements that can be made.

In test cricket, slip position is still considered to be one of the strategic fielding locations and there are specialized slip fielders in almost all the major test-playing nations. This shows the great importance that is attached to slip fielding. A particular level of alertness and some sort of expectancy always has to be there in a dedicated slip fielder. In the shorter format of the game too, this position, especially the first and second slips generally comes into play and a fielder is placed. 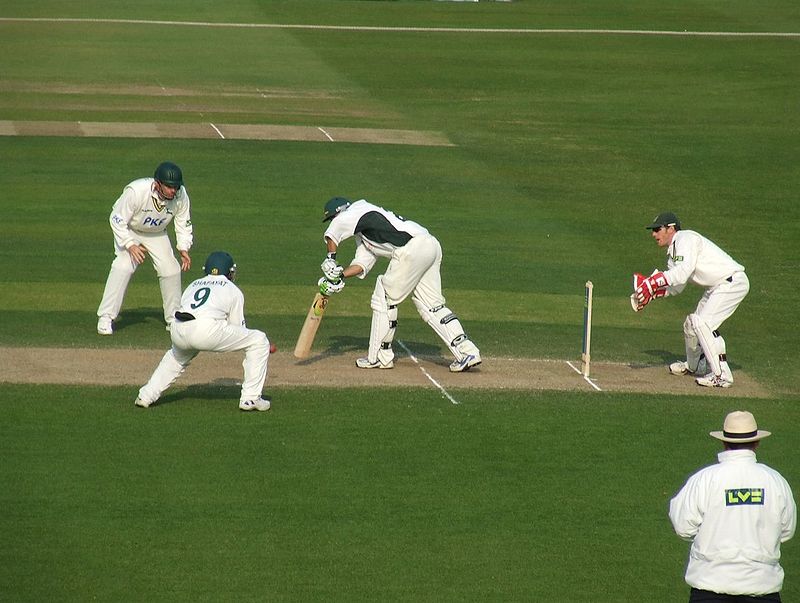 From the cover point, if the fielder stands a little wider, it is called as “extra cover”. Deep cover is more towards the boundary area whereas deep extra cover refers to a player standing deep into the extra cover region. This fielding position is also of much significance in all types of the game and many runs may flow through them. Apart from all these major positions, there are also some other cricket fielding positions like the all-important wicketkeeper, point, gully, and sweeper. All the said positions apart from the wicketkeeper are on the off side and a fielder may be stationed at a captain’s or bowler’s discretion. There is also a third man fielder these days that is located on the ‘on side’ behind the wicketkeeper. In fact, in contemporary limited over cricket, this fielding position is of much importance.