Indian Esports industry is definitely growing at a massive pedestal with the numbers increasing significantly in coming years but our country still lacks in producing more active players, and earning creators when it comes to world scenarios and there are still so many areas where we lack as an Indian Esports community. Let’s talk about 10 areas where Indian Esports is lacking at the moment in detail:

1. Some people in India, see gaming as waste of time and discourage their children to pursue gaming as a profession.

2, In China, they do appoint a successful gaming team to deliver lectures to their football team which clearly indicates that they consider gaming as a sport but in India, gaming is more sort of considered as the source of entertainment which doesn’t require any special skills.

3. Esports in India is peaking but frankly, it is at a nascent stage where loads of work in terms of pathways, and infrastructure needs to be chalked out properly to propel the growth of gaming in our country.

4. We still lack in predominant Esports community and majority of gamers would still prefer to play outside and leave gaming for the wee hours of the day.

5. We were one of the first countries to adopt games like DOTA 2 and CS:GO also generated most active players but if we go by figures and data our skillset is pretty average when it comes to majority gamers.

6.  The reluctance of major sponsor and advertisers to set this place up for professional gaming and there is lot of work on financial part which needs to be done in Indian gaming ecosystem. 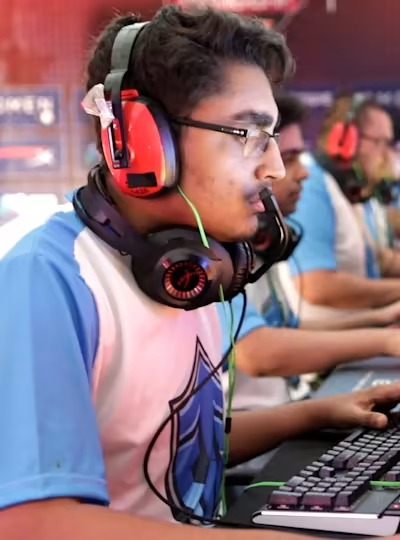 7.  Also politics have always been part of some sports so conducting Esports without politics in the country isn’t possible.

8. Also dearth of skills among active players in our country is due to minimum exposure where they need highly competitive scene.

9. Majority of players does not have high quality accessories – if you are playing a game on PC then problem can be low end PC same goes for mobile.

10. Also India needs a board which is officially recognized from Government of India who can take care of operations of gaming in the country.