10 Foot Rims:- The primary objective of basketball is, as we know, shooting the ball through the hoop of the opposite team in order to win the game. The game is popular around the world and most high schools and colleges have a basketball team of their own. Inter-school, inter-state and inter-university and national level games are considered by the team members as very important because not only does their victory raise the dignity of their team but can also help them to be at the receiving end of scholarship and many other rewards. This might be why most kids attend coaching classes at their young age to gain some expertise in the sport. But the question here is are the coaches helping them achieve their dream in a proper manner because according to the experts, the way these youngsters are practicing might not be actually helping them to up their game and be a good player.

10 Foot Rims:- It is easy to wonder how the number 10 became the standard height at which the basketball rims are placed around the world. The reason does not involve much contemplation. It is because, in 1891, James Naismith invented the sport and he had used the railing of the running track at the YMCA Gym in Springfield, Massachusetts to hang his basketball basket which was peach baskets. Interestingly, this railing was 10 feet off the ground. Though Naismith did not consider the height of the railing from the ground when he hung the baskets for the first time, it became one of the most important features of basketball which are followed throughout all the basketball courts till date. 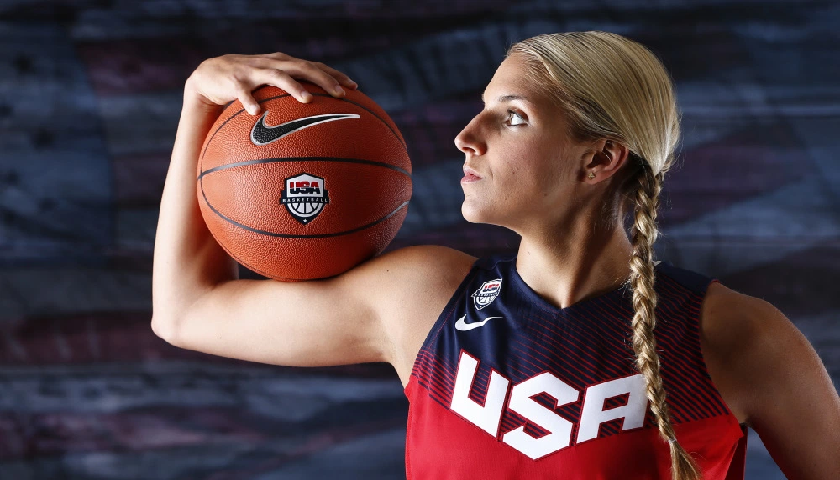 This is actually surprising because many changes have been made from the game, they played then to what a basketball game is now. Examples of this are the number of players changed from 11 to 5. Also, basketball was played with a soccer ball and dribbling was not as part of the game which obviously changed afterward. But, even when the peach baskets changed to iron hoops, the height from the ground remained as 10 Foot Rims.

The youngsters and the basketball hoop:-

10 Foot Rims:- A basketball is approximately 9.4 inches in diameter. This ball is shot through the hoop which has a basketball which is 18 inches in diameter. The basketball hoop is mounted at 10 feet. These are the guidelines by which a basketball court is designed, and this is established through all the basketball grounds around the world. But, for the kids the 10 Foot Rims are actually a bit too high, disallowing them to actually concentrate on improving their shooting skills in the pursuit of trying to gain points.

In addition to the fact that it is highly challenging for the kids to shoot through 10 Foot Rims, it also takes a certain level of fun from the game. This is actually a threat because this might create a disinterest towards the game in the young minds, which is something all games should try to avoid because ideally, there should be an increase in the percentage of people interested in the game over years. 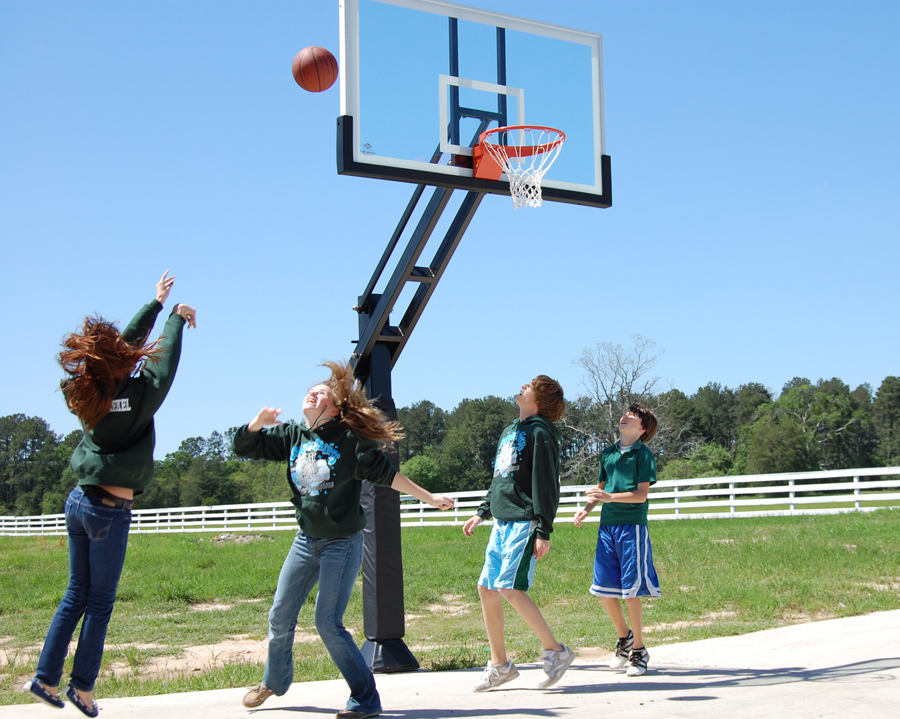 If one notices kids who are playing in courts with 10 Foot Rims, they will be able to notice that they have a tendency to just chuck the ball and often miss the basket. Even if they are able to score points, ‘chucking’ the ball to the hoop is not the right way to play basketball. Some of them might understand the importance of using a proper technique to shoot the ball as they grow older, but by that time he/she might have gotten used to doing it in the wrong manner. As the saying goes, old habits die hard and it takes a lot of time and even more effort to unlearn the habit and establish a new one in its place.

The professional opinion about 10 Foot Rims:-

10 Foot Rims:- All experts have expressed they’re concerned about youngsters practicing their game in courts with 10 Foot Rims. According to them, kids below the age of twelve should not use full-size balls and shoot at rims as high as 10 Foot Rims. They believe that this is how they adapt to wrong habits and end up ruining their basketball shooting form. Since habits that they learn at their young age tend to linger even after they grow up and starts taking basketball seriously, it is a huge loss for the growing player in a kid. 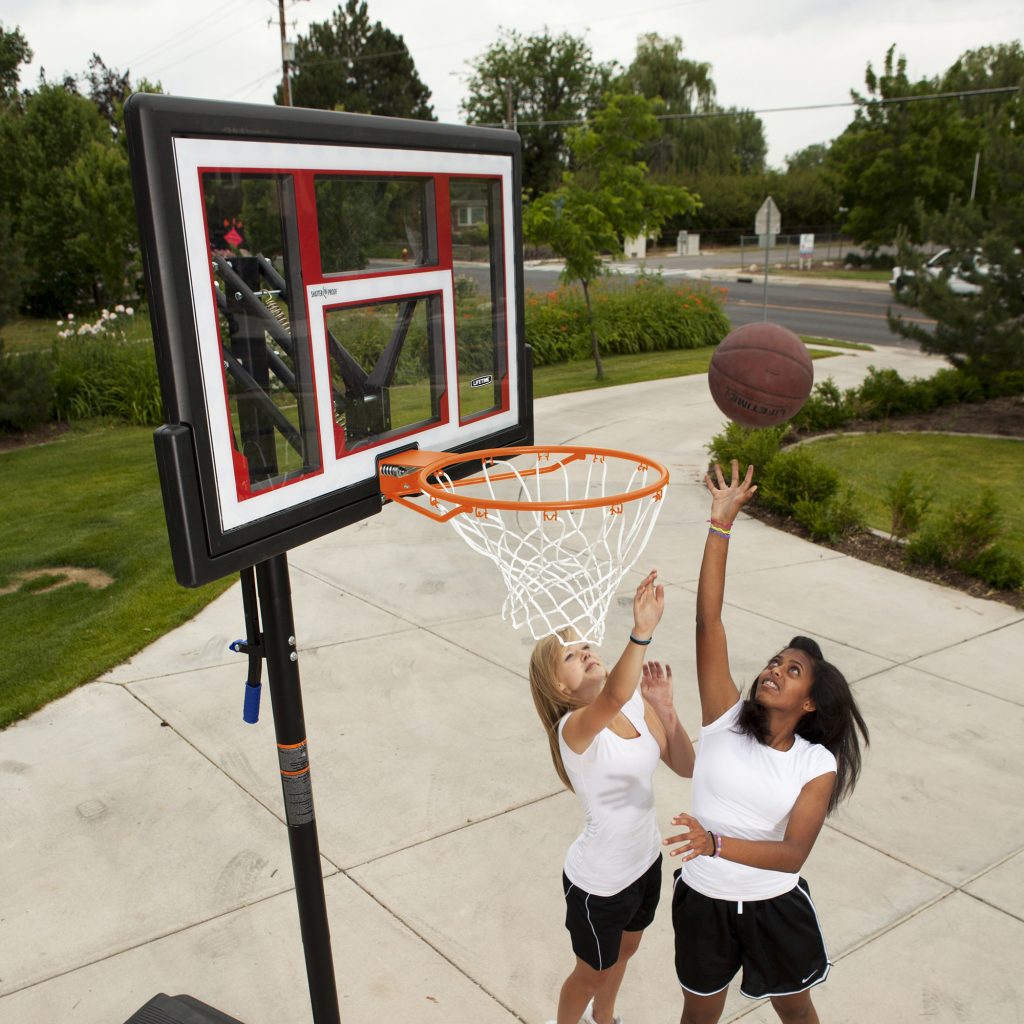 Even USA Basketball and the NBA have discussed this problem and they have recommended not to use 10 feet rims for players aged 12 and below. They announced that this an effort to bring some structure to the unstructured youth space. Also, USA Basketball CEO Jim Tooley said that while popularity is definitely one of the advantages of the game, it has also added chaos to the standard of the game and this why the regulations set by them should be incorporated everywhere. NBA President David Krichavsky also agreed to this and said that they are trying to add age-appropriate limits to the game so that early success will be possible for the kid players. 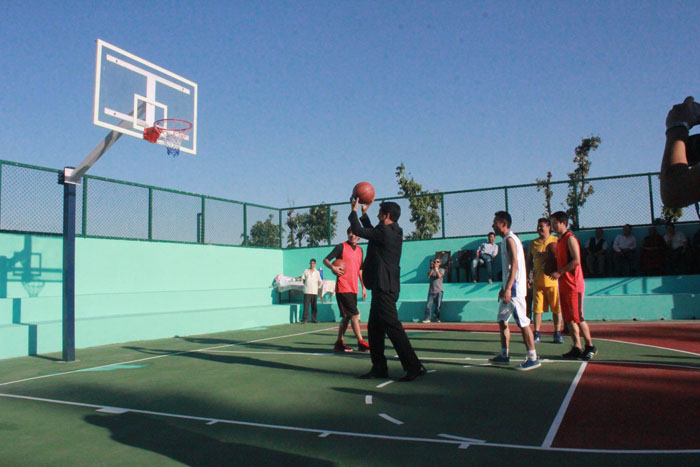 Though these regulations cannot be established quickly, all basketball organizations, high schools, colleges, and other coaching centers should try to implement it as quickly as possible to help the kids develop the player in them in the most effective way possible.