Pakistan fast bowler Wahab Riaz is ready and rearing to go to prove his critics wrong in the World Cup scheduled to be held in England and Wales from late May to early July.

The Pakistan Cricket Board surprised Cricket fans across the world on Monday, following the inclusion of Wahab Riaz in the World Cup squad. The 33-year old fast-bowler has not played a single ODI for the last two years. Wahab last played an ODI in the Champions Trophy held in 2017 against India. Since then the Pakistan bowler has been overlooked in all the tournaments in the limited overs format.


However, after seeing a depleted Pakistan bowling performance in the recently concluded series against England, PCB made some shocking decisions in the bowling departments with Mohammad Amir and Wahab Riaz making the cut and thereby leaving out Junaid Khan and Faheem Ashraf respectively.

Though, Pakistan coach Mickey Arthur and Wahab’s equation hasn’t been the best since the time Arthur made a controversial statement against the latter while pointing out on his work ethic and dedication towards the game.

“I can’t explain in words the pain I have gone through, but I don’t want to live in the past. That’s history now,” Wahab said in a press conference.

“Now it’s about what we are going to do in the World Cup. Obviously, it’s the coach’s duty to get the best results from the players, and he wants players that can win matches for the team. I also wanted to be in the team, the only difference is I missed two years of (international) cricket. Now I am in and want to prove him (Arthur) wrong and justify my opportunity,” he added. 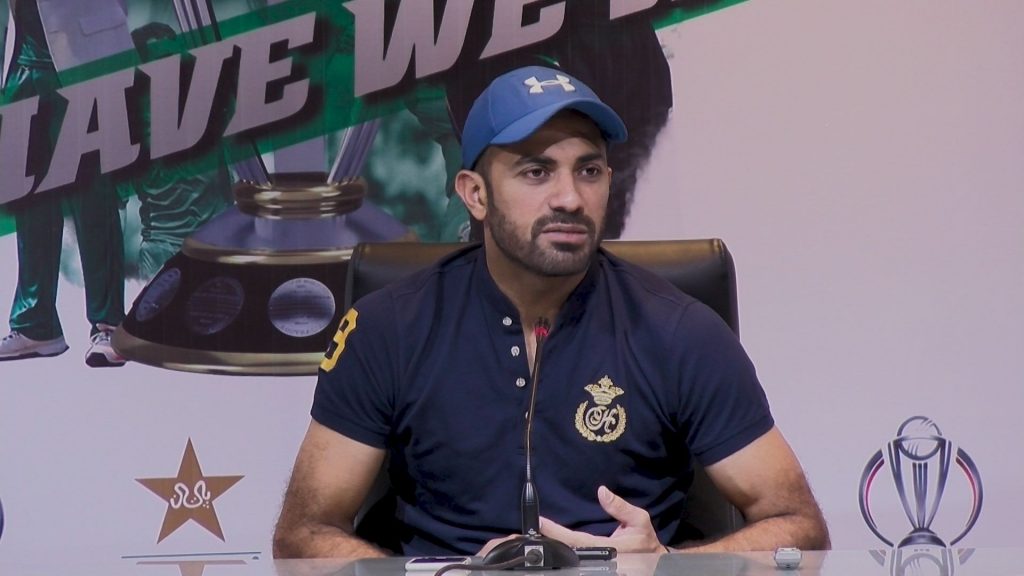 Wahab who has picked 102 wickets in 79 ODIs in his career went on to say that he even had dreams of meeting Sarfaraz Khan and Mickey Arthur.

“I kept myself fully prepared for this World Cup even knowing that I am nowhere near the team. I even had dreams I was meeting Mickey Arthur and Sarfaraz Ahmad, and sometimes they would pick me, and reject me at other times,” said Wahab.

“Around 10 days ago, I had a dream that Inzi Bhai (Inzamam-ul-Haq, the chief selector) gave me a call and told me that I have been selected and this is my last chance. It was exactly how it happened when I was called and told about the decision. It is nothing less than make or break for a player who gets an opportunity to play in the World Cup,” he added.

With the World Cup being a handful of days left to begin and given the flat English pitches, Wahab Riaz would be betting on his ability to reverse swing the ball in a bid to show his mettle, especially in death overs.

“Since the pitches are placid and conditions are batting-conducive, it becomes necessary to have an aggressive approach, or else the batsmen will dominate you. If a batsman demeans me, I will do what I did that day.”

“Variations and reverse swing are key in the death overs. With the conditions dry and wickets hard in England, there will be a reverse swing and the team that does it better will have the advantage. I have expertise in reverse swing, so I will try to restrict the flow of runs in the final few overs.”