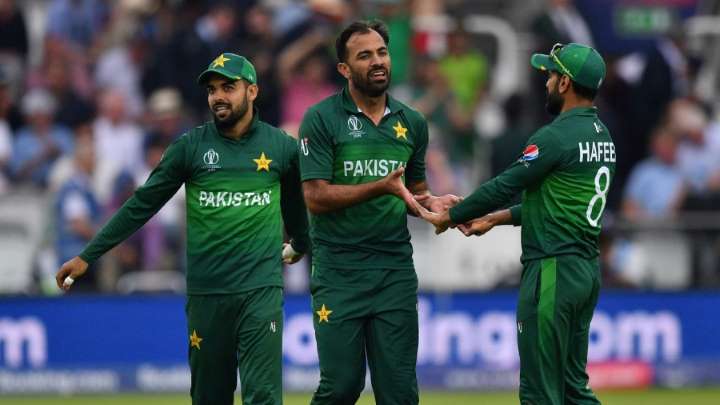 Mohammad Hafeez along with five other Pakistani players will be travelling to the UK and join the national team for their tour of England. This development takes place after all the players tested negative for the second time consecutively in the last three days for Coronavirus.

The list includes Mohammad Hafeez along with Fakhar Zaman, Mohammad Hasnain, Mohammad Rizwan, Shadab Khan and Wahab Riaz. All these cricketers followed strict regulations formed by the Pakistan Cricket Board (PCB) and underwent coronavirus testing for the second time until they tested negative for the deadly virus.

“The players were retested on Monday, 29 June, following a first negative test on 26 June,” the PCB said in a statement on Tuesday.

Hafeez’s report caused quite a stir after he was tested positive during the test conducted by the PCB. His name was barred from the final list of the players to travel England, however, he managed to make a cut in the squad after testing negative for the second consecutive time on Tuesday.

“The players were retested on Monday, 29 June, following a first negative test on 26 June. The PCB will now start making their travel arrangements and the departure details will be shared in due course,” the PCB said in an official statement.

The PCB had initially planned of sending a 29 member-squad to England but out of those, 10 players tested positive which led them to their removal from the squad but later six out of those tested negative in the second round of the tests.

England and Pakistan are scheduled to play three tests and as many T20 internationals, starting from July 30 at the Lord’s Cricket Ground.