Vijay Shankar Ruled Out of  World Cup 2019: Injury has hit the Indian camp hard. After Shikhar Dhawan was ruled out of the World Cup owing to a broken thumb in the game against the Aussies, it’s now time for Vijay Shankar to bid adieu to the World Cup after sustaining a toe injury.

Mayank Agarwal is set to replace the 3-dimensional Vijay Shankar. This comes on the back of Vijay being hit on the toe by a Bumrah yorker. “Vijay got hit on the toe by a Jasprit Bumrah delivery once again. His situation is not great and he won’t be able to take part in the tournament. He is going back home,” a senior BCCI official told PTI.

“The Indian team management is likely to ask for Mayank Agarwal as replacement since he is an opener and also it might give KL Rahul a chance to get back to the No.4 position in case Rishabh Pant fails in the next two games,” the source added.

The choice of Mayank Agarwal ahead of Ambati Rayudu, who found a place in the standby list comes as a surprise. The move highlights the confusion of the selectors and the team management, and the over-dependence of India on the top-3. Ever since Dhawan’s oust from the World Cup, there has been a lot of panic and discussions on the right combination which the team seem to have failed to find even after playing the 7th game of the tournament. 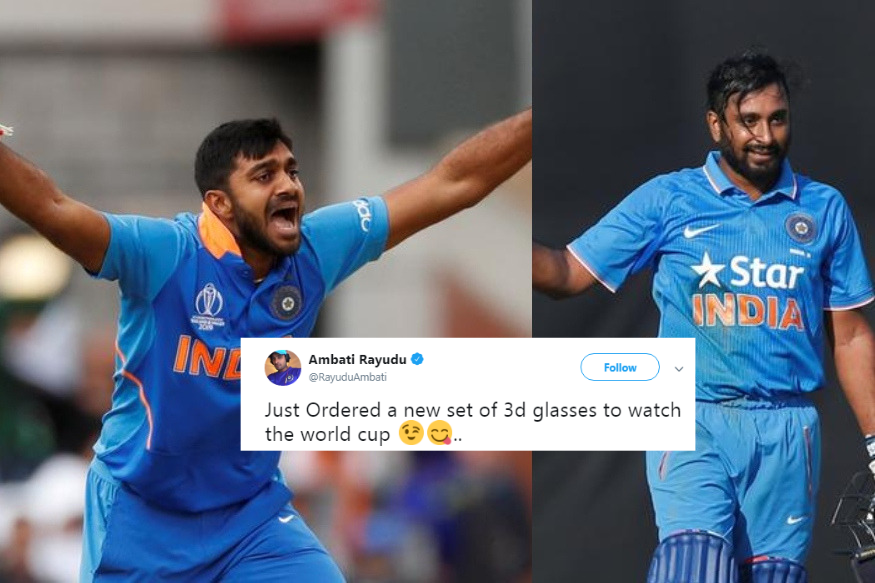 Vijay Shankar Ruled Out of  World Cup 2019: The other point of note here is that Vijay Shankar, who was initially drafted as a 3-dinmensional player is being replaced by a proper batsman, something India realised is the need of the hour, given the performances in the last 3-4 games.

KL Rahul has been slotted to open the innings, but the Karnataka batsman has been overcautious in his approach, the exact opposite of Dhawan which seems to have had an impact on the overall batting setup of India. Vijay Shankar at 4 flopped and the incoming Rishabh Pant has played just a game thus far. There are question marks on the intent and style of MS Dhoni and Kedar Jadhav after the duo have failed to accelerate and finish on a high.

The choice of Mayank Agarwal ahead of someone like Ambati Rayudu who was in the list of stand-by and for long, the choice for the Number 4 slot clearly tells the team management’s failure to get the right replacement in the first place when Dhawan got injured. The move also confused KL Rahul who had prepared himself for Number 4 and seemed to be not finding his feet opening the innings. His watchful start was also a concern as Rohit Sharma likes to take time to settle before he can go hard and that added extra pressure on the likes of Rohit and Kohli, who are the mainstays of the Indian batting line-up.

Now with Mayank Agarwal making an entry into the team, India seemed to have got themselves an opener who can score runs at brisk pace and also rotate the strike when needed, Mayank Agarwal has worked really hard and is coming on the back of two good Ranji seasons, maturing into a reliable player. This would mean that KL Rahul can then play at Number 4 in case Pant misfires in the next couple of games to lend more solidity to the middle order. The other alternative could be to have both with Kedar making way, but that would mean that India won’t have a 6th bowling option in case they need to go to one. If the team management continues to be dissatisfied with Kedar, maybe Jadeja could get a place in the side.

To put all of this in perspective, Mayank Agarwal is the right choice at the moment as he fits in perfectly for the role India is looking to fill and could ease some troubles of the middle order.  He also provides India with an option to play 2-3 different combinations.