India’s veteran spinner Harbhajan Singh feels that the team management should give former Indian captain Mahendra Singh Dhoni and Hardik Pandya the license to play freely, and the responsibility to play the anchor roles should be handed to their top order batsmen such as Shikhar Dhawan, Virat Kohli, and Rohit Sharma.

“I feel he is at his best when he hits from the onset. Some of his best innings have come when he started the onslaught straightaway. I feel the team management should give him and Hardik Pandya the license to bat the way they want to. No restrictions, only go for the jugular at No 5,”Harbhajan said.

Harbhajan Singh heaped praise on Dhoni’s power hitting ability and believes that he still has in him to hit huge sixes and has the ability to go at it from the word go if given the license. 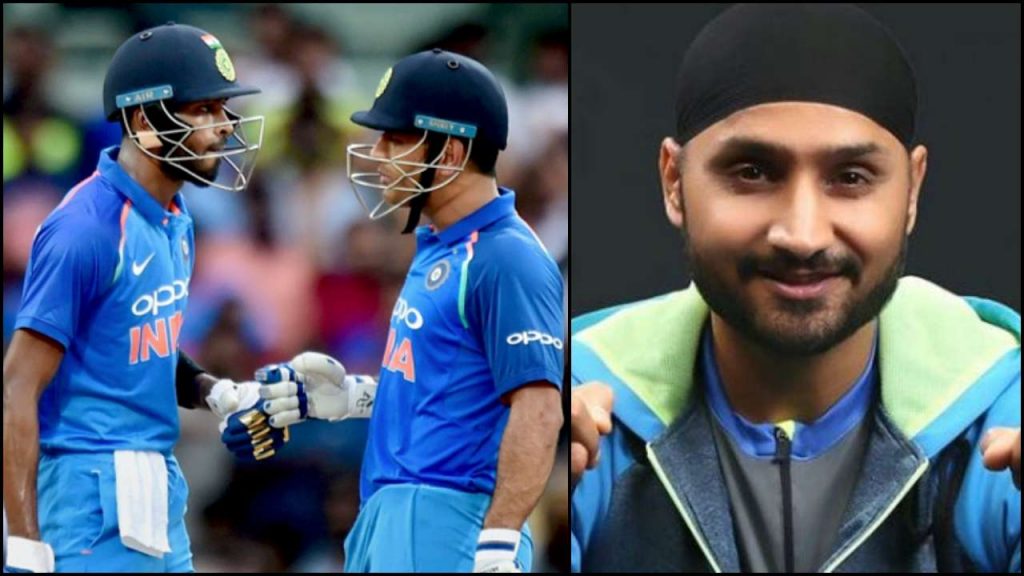 “What exactly is my point. The Dhoni of the old would hit a six off the second ball off any spinner and those are big sixes. He should and can still do it as I have seen at the CSK nets. Uske chhakkon mein bahot jaan hai (He still hits mighty sixes),”said the 38-year-old spinner.

Harbhajan statement on Dhoni: 2019 has been a wonderful year for Mahendra Singh Dhoni, who has scored 327 runs in eight innings at an astounding average of 81.75. Dhoni has scored four half-centuries in eight innings this year and has remained unbeaten in four innings of out those. The former Indian wicket-keeper was also won the Man of the Series award in the ODI series against Australia. He scored 253 runs in three matches in the Australian tour.

“I can tell you how a bowler’s mind works. Suppose I am bowling to Kevin Pietersen and Ian Bell in tandem, I would be more worried about KP than Bell. I could bowl a couple of dot balls to KP but he had the ability to take me on. Bell, on the other hand, would push for singles. Dhoni like KP can intimidate bowlers. He has that effect,”CSK spinner said.

The 38-year-old spinner also raised his concern for the number four position, saying that KL Rahul would be the most-suited batsman in that position for India.

“I don’t see anyone except for KL Rahul fitting into that No. 4 slot. So that’s a bit of a worry and also No. 6 slot where Kedar Jadhav will play. I hope that Jadhav gets fully fit before the South Africa game (June 5) as it is a very important slot,”said the member of the two-time World championship winning team.”

Harbhajan statement on Dhoni: Though, looking at how KL Rahul’s year has gone by, one would think twice before betting on him as being the ideal choice for the slot in the most important tournament, i..e, World Cup. The 27-year old, however, has brought his form back in the IPL and to be honest, his performance in the Indian Premier League has probably got him the place in the World Cup squad. In the 14 matches he has played for Kings Eleven Punjab this season, he has scored as many as 593 runs, including one century and six half-centuries.

“Sachin Tendulkar called him world’s best fast bowler at the moment. Indeed he is, for the impact he has created. If you take Bumrah out of that India line-up, it’s like you rip a heart out of the body. He is that precious. He is your Virat Kohli of Indian bowling,”said Harbhajan.