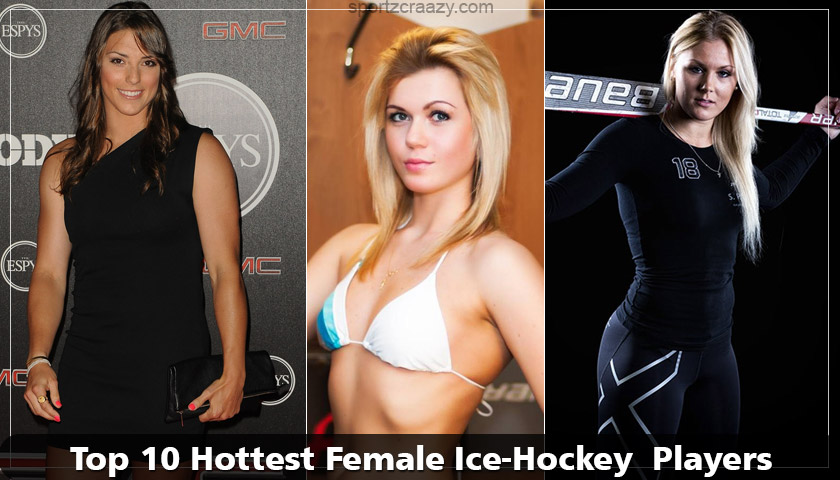 Hottest Female Ice-Hockey Players: Ice-Hockey has long been a sport that radiates energy and beauty. There is something about the freshly manicured rinks, the sturdy bats and the energetic players that make even the most lethargic feel a sudden zest of energy swell up inside them.

Ice-Hockey also has some of the best looking female players in the history of sports. Entries like Hilary Knight and Presley Norby only stand to prove our point. Thus, for your pleasure, we have compiled a list of the most beautiful and hottest female Ice-Hockey players for all time: 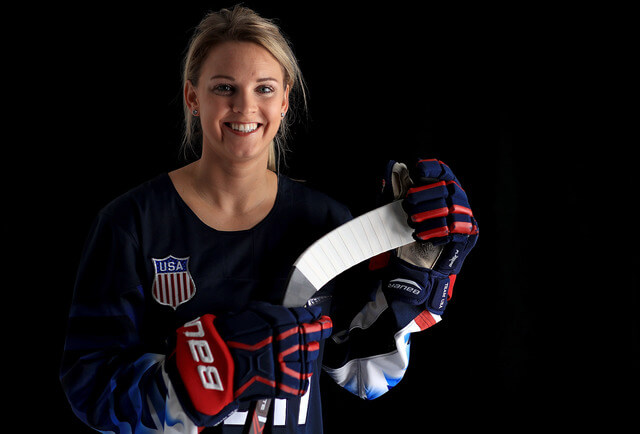 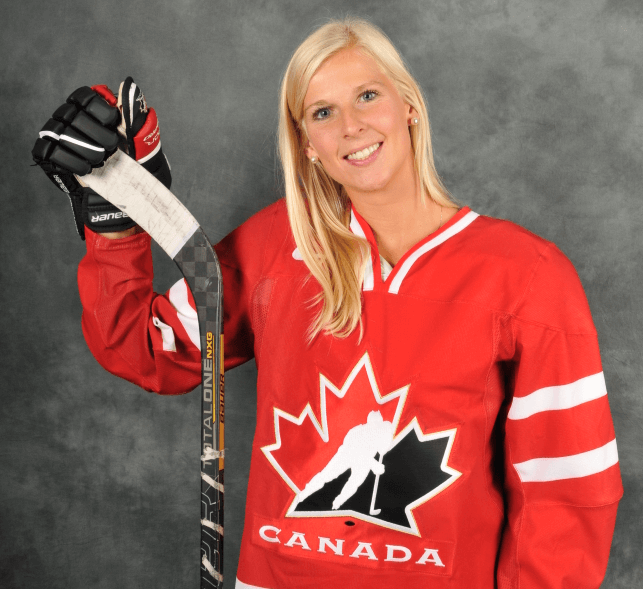 This bombshell hails from the land of Canada. Blond, beautiful and absolutely bedazzling, Agosta has awed fans, critics and opponents alike with her looks, grace, and totally unfailing skill. At a career-high, Agosta has won a lot of Olympic Medals and has received honors in a varied range of championships and tournaments, such as winning the Angela James Bowl and the 2012 Clarkson Cup.

Agosta is famous for her smooth and streamlined body, which has had a mesmerizing effect on just about anybody who has watched her.

Also Read: What is ‘Icing’ in Hockey Hottest Female Ice-Hockey Players: This sweet and charming beauty has long been on the mind of sports fans. Her quick rise to glory, succeeded by her even greater accomplishments, has made her an ever-loved favorite of fans around the world. Tapani was selected for Finland’s National Team in the 2014 Olympics.

Tapani has been cited as one of the hottest Finnish Ice-Hockey players, as her toned physique combined with a smoking hot body has made her the favorite Finnish female Ice-Hockey player of all time. This American beauty is one of the rising stars in the Ice-Hockey world, as her quick and aggressive style goes on the offensive and breaks down the opponent. Her passes and hits are quite simply known to be quite hard to hit. Her unquestionable skill has earned her various honors, such as the 2015 ALL-WCHA SECOND TEAM and the WCHA Rookie of the Week (Week of November 18, 2014).

Her beauty is of no doubt, as she is hailed as one of the prettiest Ice-Hockey players anywhere. She currently competes for the Wisconsin Badgers but has also played for the U.S.A U18 Team in the past. 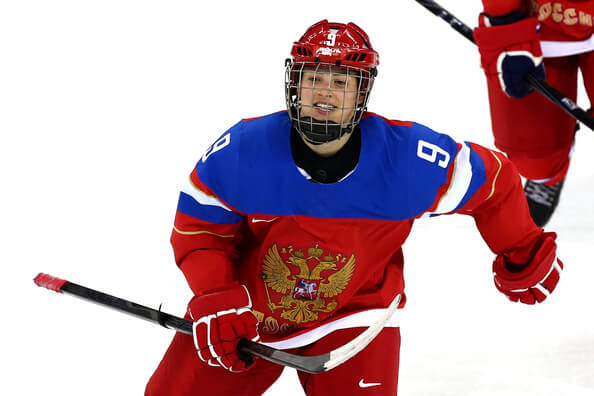 This petite beauty hails from the exotic land of Russia. She has swift reflexes and a swing that can make anybody flinch, and the combination of both of these make her a destructive force on the rink. She is one of the fiercest competitors one can find on the rink and now plays for the Calgary Dinos.

Vafina again has a unique combination of a petite body with a beautiful face to die for, a fact that has drawn the attention and liking of many. Her playing style draws emphasis to her slim and awesome body, a fact that is entirely enjoyable due to her natural grace. 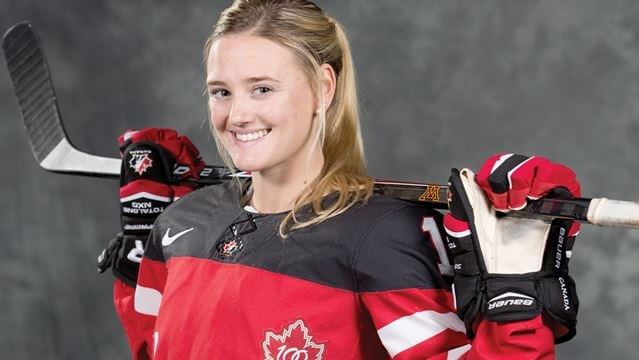 Hottest Female Ice-Hockey Players: Terry is an Ice-Hockey player of Canadian descent and is hailed as a great beauty, both in her country and by fans of other countries. Even with her vast amounts of skill, she has only represented Canada once at International Championships. She was hooked on Ice-Hockey at an early age, and her interest in it only grew as time passed. Though Terry has not won many titles, her beauty and grace have made her one of the most popular female Ice-Hockey players there are.

Due to her natural beauty that does not need makeup at all, she was praised by populations the world over. After retiring to pursue a doctorate, her fame has only grown as her fans have praised her choice of a career.

Also Read: The Origin of Ice Hockey & Why it is so Popular in Canada? There is just no way that this exotic Russian bombshell wouldn’t be listed. One of the most sought-after figures in recent times, Prugova is constantly praised for both her skill and, of course, her beauty, a fact that only serves as a constant reminder of her binding beauty. Many people are judgemental and associate her good looks with weakness, and they couldn’t be any more wrong. This blond beauty outshines her opponents, as her swift playing style stuns her opponents with its speed.

Prugova is definitely one of the hottest Ice-Hockey players ever, a fact that one will be reminded anytime one looks at her pictures or reads about her. Her beauty is absolutely mind-boggling. 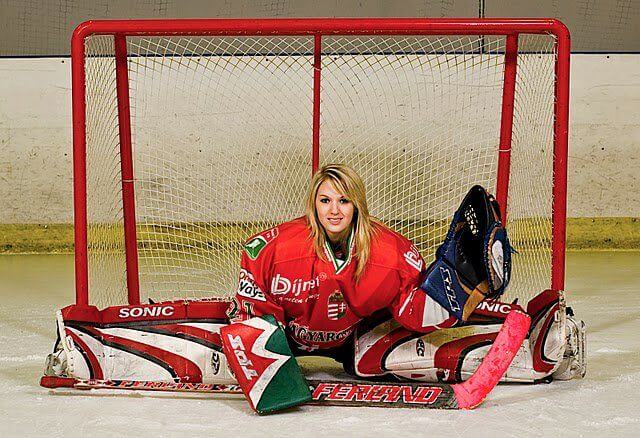 This is a beauty of Scandinavian Hungarian descent and has dazzled men (and women!) the world over with her stunning looks. She has an aggressive style of playing. Even with her boatloads of skill, she hasn’t participated in too many tournaments, as Ice-Hockey is not really focused on in Hungary. She has played on the women’s national team, where she maintained an awesome save percentage.

Gyomber is one of the sweetest and cutest players that Ice-Hockey has ever seen. Fans the world over are obsessed with the unique combo of her sweet face and her knockout body, which make a sight few men would want to miss. 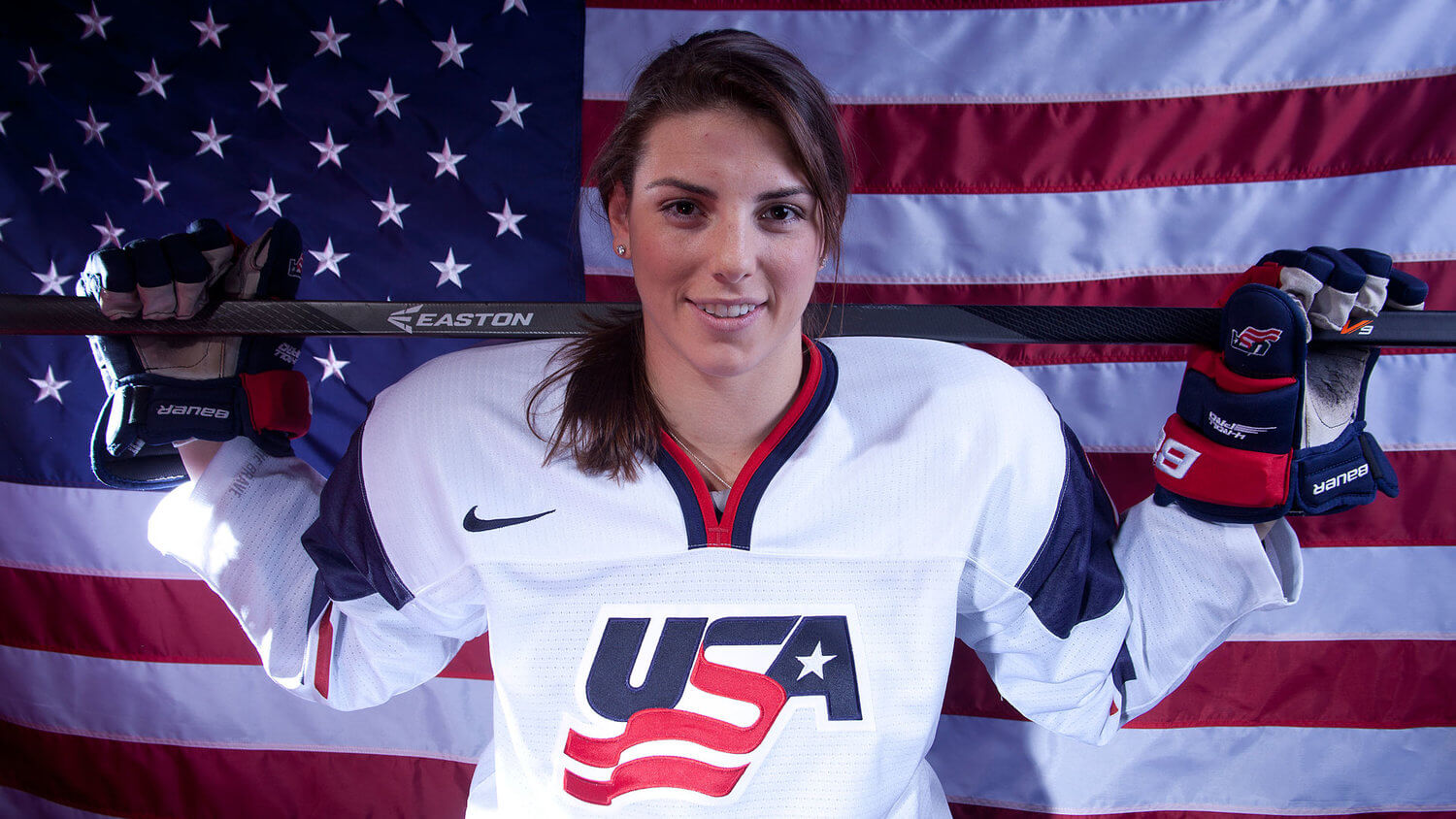 Hottest Female Ice-Hockey Players: She has been recognized the world over as one of the hottest players to grace the rinks of Ice-Hockey. This beauty of American birth has held many prestigious positions, even including 1 Olympic Gold Medal. She has been one of the players to have a consistently good record for years and is a member of the United States Women’s National Ice-Hockey Team. Throughout her career, she has won 8 IITF Titles and 1 Olympic Gold Medal.

The beauty of this luscious American Knockout is mesmerizing, so much so that even judges take a moment to digest her beauty when she steps out onto the rink. 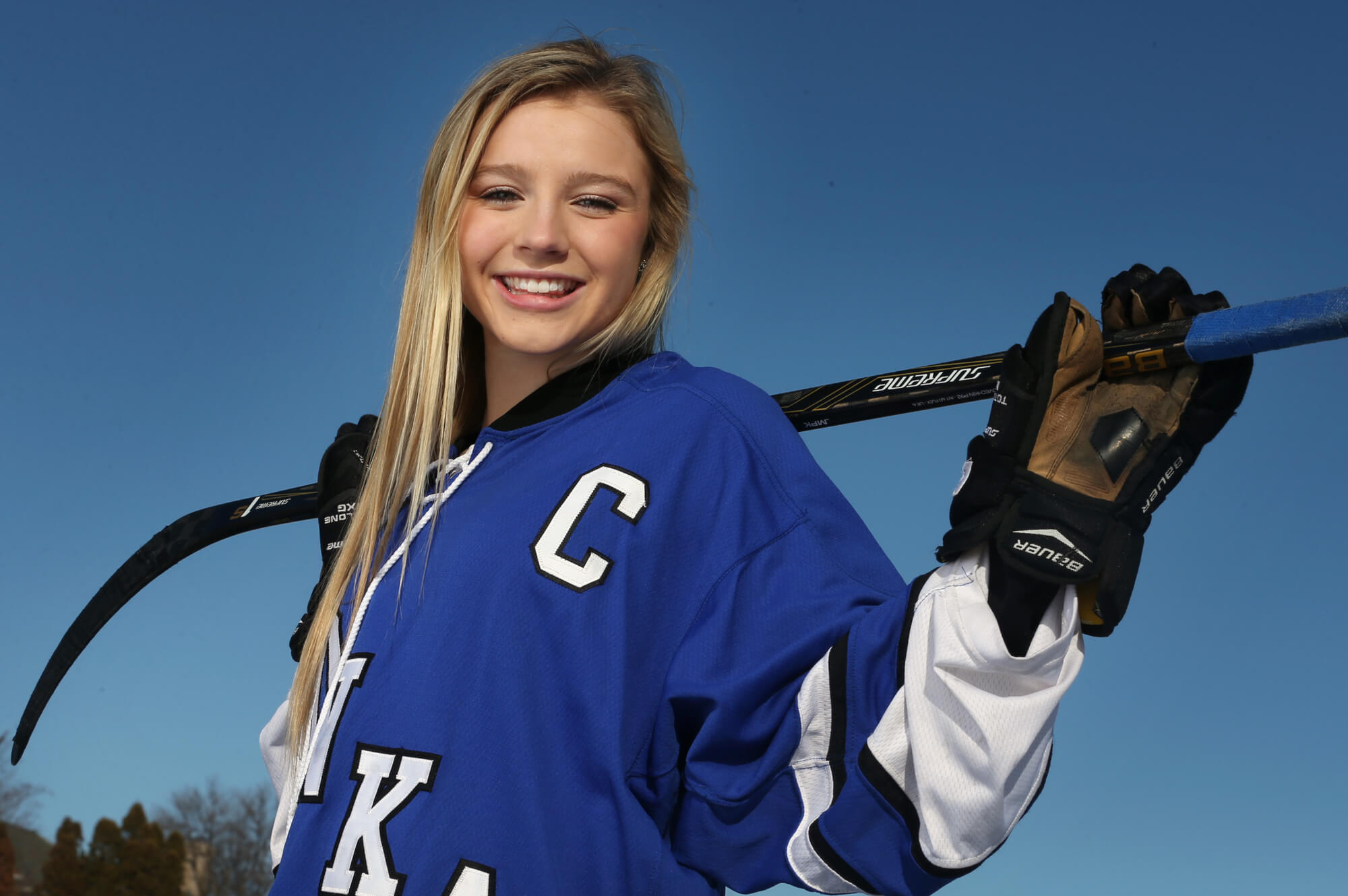 Sharapova has long been advertised as one of the most beautiful women to ever have graced the sport of Ice-Hockey and it’s completely right. Norby has the looks of a divine beauty, and the skill to match: although she has not gone professional yet, the 20-year old has been the alternate captain of the U18 Team and is one of the NCAA’s top scorers.

Norby’s looks stand unchallenged, as no other Ice-Hockey player even compares to here. Her beauty has so far not only stunned fans but has also made commentators and judges gasp.