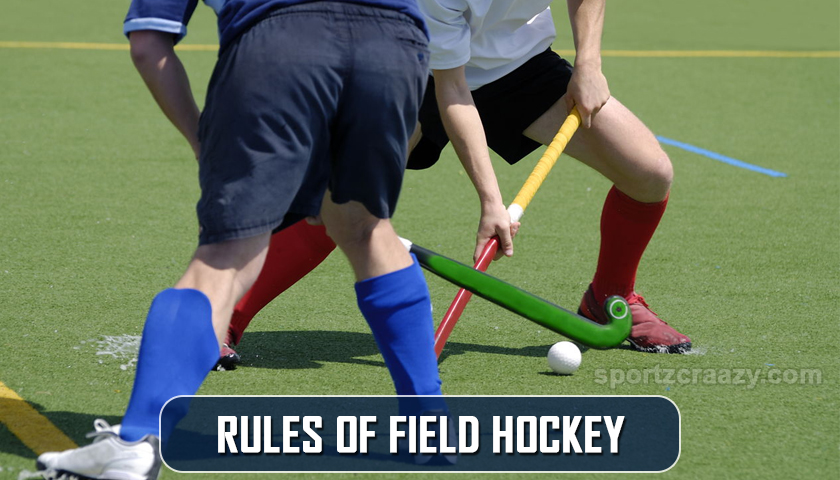 The rules for the game of field hockey are decided and implemented by International Hockey Federation situated at Lausanne, Switzerland. It has codified the progression of the game and other aspects which affect the game play. In this game all the details of length and breadth of the field and strokes made by the player are observed carefully. 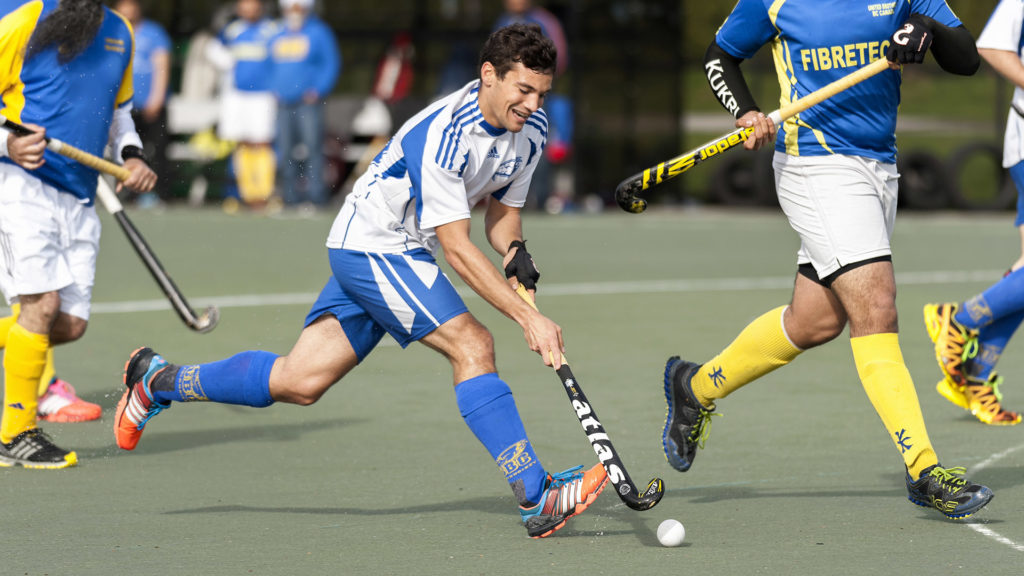 These rules are enumerated below: –

The Field – The size of hockey field is that of a rectangle with dimensions 100 yards (length) x 60 yards (breadth). A centre line divides the field in two, which are the areas manned by respective opposing teams. Each half of the field is further divided in half at 23 meters from the baseline. The width of goal is 12 feet and its height is 7 feet. There are surrounded by shooting circles, which are circular non-continuous lines forming a 50 meter radius around the goals.

The Game – The game is played for a combined time of 70 minutes which is divided into two halves of 35 minutes each. Teams are made up of a combination of players like defenders, midfielders, attackers, and goalkeepers. Each team has 11 players including goalkeepers. The players have to touch the ball only with their sticks, with the exception of the goal keeper who can use his hands and feet, as well as, the stick.

The game starts from the halfway point after a toss for teams to choose their sides of the field. The aim is to beat the opposing team by scoring more goals that it. The ball is passed from player to player by either passing, or lifting (if not deemed dangerous by referee), or by dribbling it through the opposition players. Passing, lifting, or dribbling has to be done with the flattened side of stick only. Touching the ball with the rounded side of the stick in a foul in hockey and the other team gets awarded the possession of the ball.

The opposition players are allowed to tackle the attacking team from the front or from the side but not from behind. Also, only one player can tackle the ball carrier at one time. If at the end of the normal playing time of 70 minutes no team emerges as the winner, the game can go into extra-time or penalty shoot-outs till a clear winner emerges. There is no limit on the number of substitutions that can be done during the game and they can be made at any time in the game as long as the player being substituted comes off the field before his/her replacement enters the field. 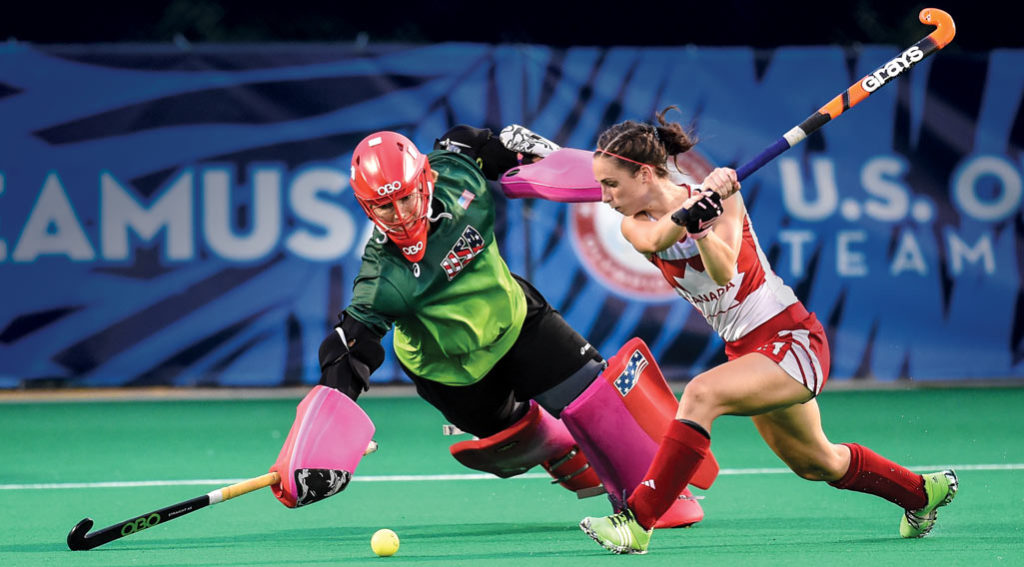 The Fouls – There are different scenarios that can happen during the course of the game which amount to fouls. These fouls are disciplinary actions against the offending team.

By a Green Card – A warning.

By a Yellow Card – Sending player off the field temporarily for five minutes.

By a Red Card – Sending player off the field without any substitution.

Long Corner – If a defender hits the ball behind his goal line, a long corner is awarded to the attacking team from one of the long-corner marks at each end of the field. 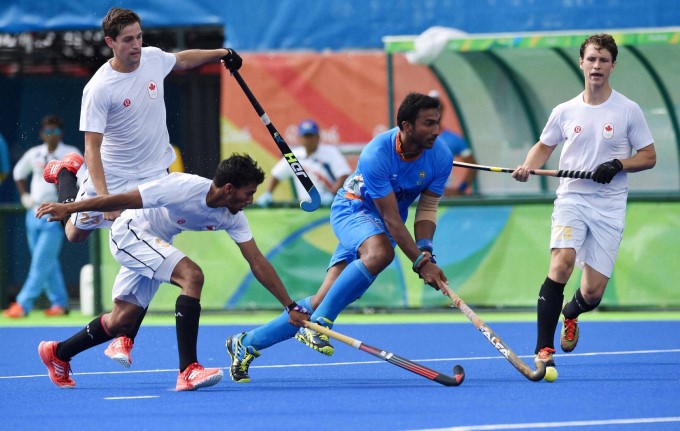 Penalty Stroke – If an attacking player who has a legitimate chance of scoring the goal is fouled intentionally by the defender, a penalty stroke is awarded to the attacking team. The ball is placed on the penalty spot in front of the goal and is shot in one touch only.

There are basically two halves present in this type of field hockey and usually it takes 35 minutes each and starts with pass back. The main purpose while playing this game is to score maximum number of goals as compared to the opposition in order to win the game. To play this game, in total 11 players are required out of which one will be assigned the role of goalkeeper.

To count the score, one must make the goals which is considered as one point. Fouls is also the important component in this game which has certain characteristics like: obstructing the ball is strictly prohibited in this game and is counted as foul, also the player cannot play the game in dangerously manner which is again counted as foul. In this game, there is probability of having tie in that case, extra time can the player to be declared as winner in the game.

Penalty stroke is also considered as foul play and this award is awarded to the attacking team. Unlike other games, this game gives full liberty and equal chance to all the players to have control on the ball while it rolling down the field.