The Turning Point Which Sealed India’s Win Against Pakistan 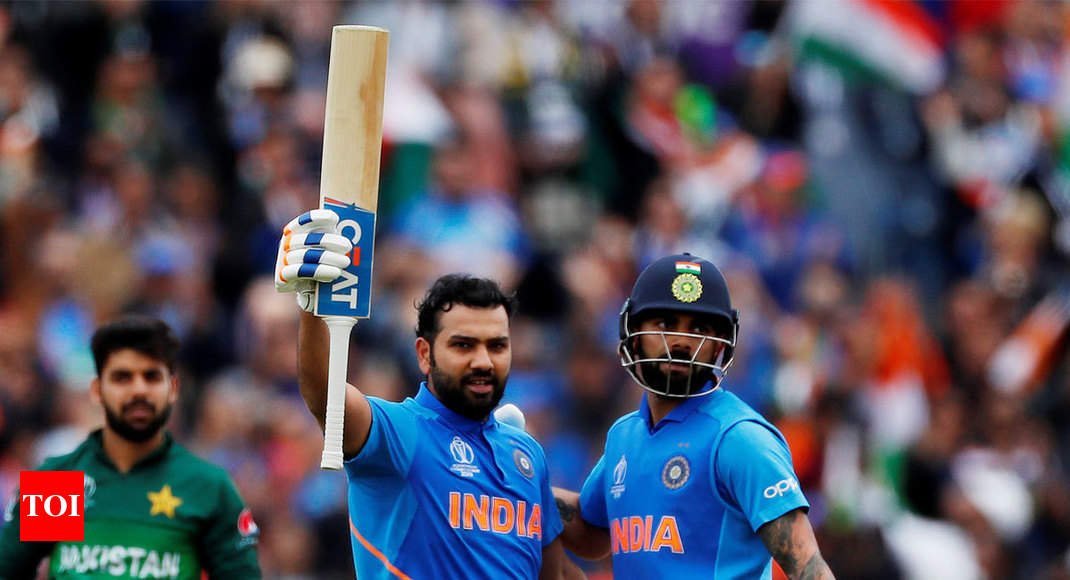 Batting first, India notched a mammoth 336-run total in 50 overs, courtesy a mind-boggling 140-run innings by the hitman Rohit Sharma.  It was a typical Rohit Sharma innings, which had the mixture of one, twos, fours and of course the huge sixes. However, contrary to his usual approach, Rohit didn’t waste much time blocking the ball at the start but played with a rather aggressive approach. He played a sensational inning of 140 runs off 113 innings. 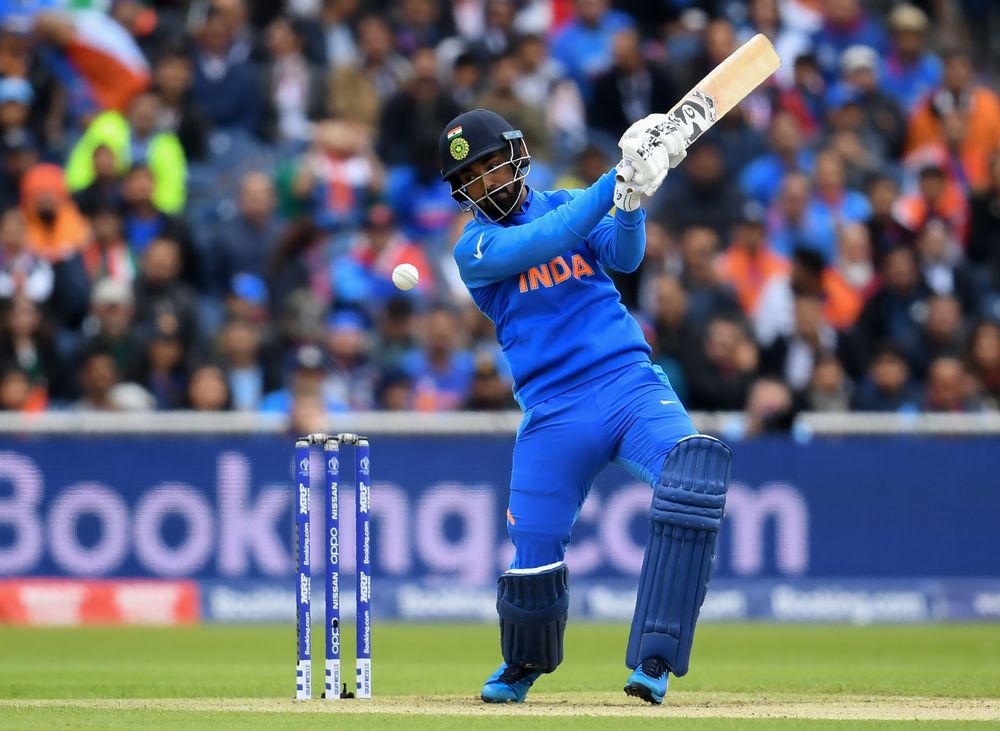 Prior to the game against Pakistan, India suffered a big blow with Shikhar Dhawan getting ruled out for three weeks. India’s back-up KL Rahul who hasn’t opened for India for a very long time had the responsibility on his shoulders to give India the right start against Pakistan.  He made sure he doesn’t lose his wicket early while playing a patient 78-ball 57 run knock. Be it his footwork or his placement, KL looked like he came on a mission. The 27-year old batsman, though, got out after scoring a half-century, however, his knock combined with Rohit’s set the tone for a daunting 326 run total posted by India on Sunday. 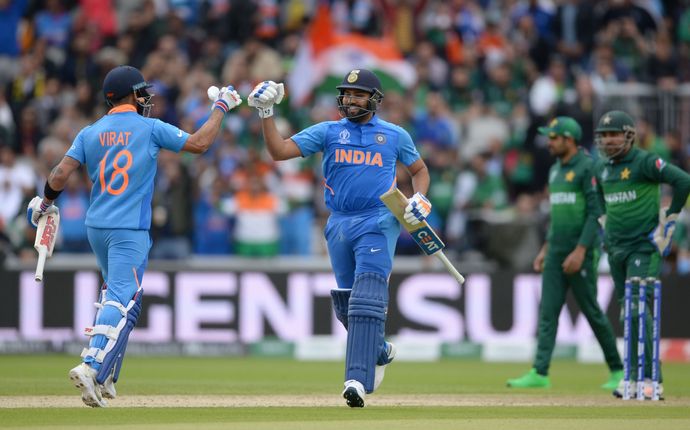 Coming at three, Skipper Virat Kohli played in his usual fashion – taking ones and twos before shifting his gears. Virat did capitalize the start given by the openers and thereby help India take the total past 300. During his innings, Virat also completed 11000 runs in One-Day Internationals.  He took as many as 222 innings to reach the milestone.

TURNING POINT IN THE MATCH

The Turning Point Which Sealed India’s Win Against Pakistan:- Defending 336, India suffered a major blow right at the start of the second innings as Bhuveneshwar Kumar pulled his hamstring in the fifth over of the match, resulting in ruling him out for the remainder of the match.

In addition to that, Pakistan batsmen Babar Azam and Fakhar Zaman then put together a sensational 104-run partnership. Pakistan was perhaps in the driving seat till the time the two were batting. The duo played out the seamers wonderfully, having not given a single wicket in 15 overs. 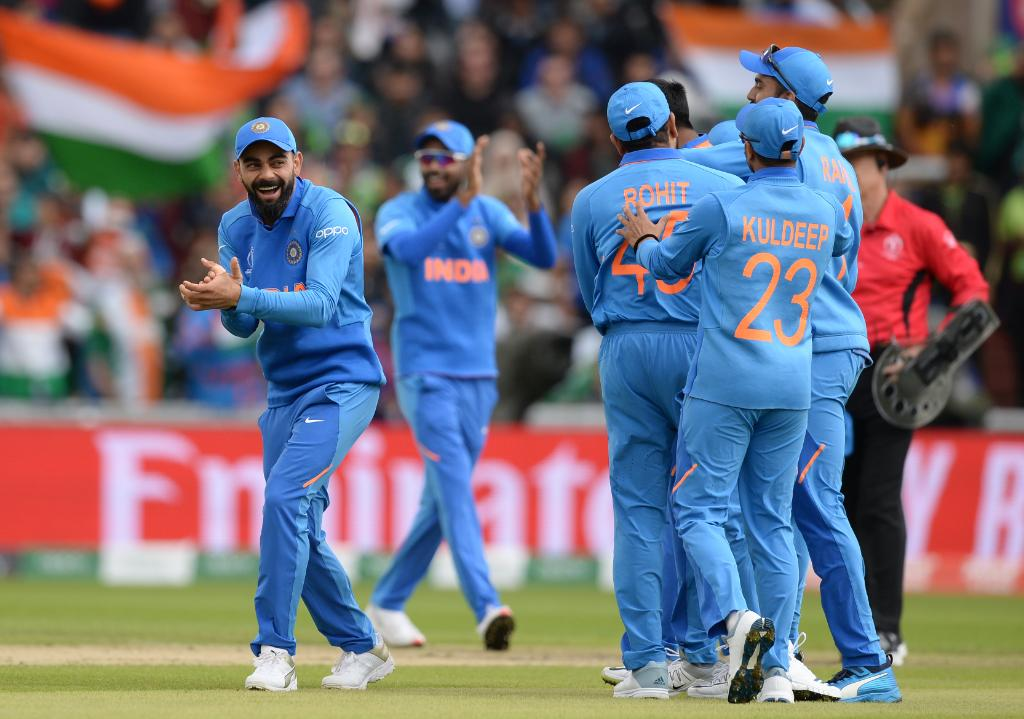 However, once again it was Indian spinners – “The Kulcha”, who bailed India out of trouble even as restricting Pakistan’s run-flow in the chase. Babar looked phenomenal before he got bowled by a beauty from Kuldeep Yadav in the 24th over. Babar didn’t expect the ball to turn too much as the ball went between bat and pad only to see him went back to pavilion on 48. Babar’s proved to be the turning point in the match as his wicket saw a collapse with Pakistan losing next four wickets in just four overs.  Kuldeep scalped Fakhar’s wicket in his next over, while Hardik got two in two in the form of Mohammad Hafeez and Shoaib Malik only to leave them reeling 129/5 in 27 overs. Pakistan, in the end, could only manage to score 212 in 40 overs as they lost the match by 89 runs (DLS Method).