Junaid khan tweet:- Pakistan Cricket Board made some surprising changes in their World Cup squad announced on Monday. Fast bowlers with the likes of Mohammad Amir and Wahab Riaz have been included in the 15-member squad for the 2019 World Cup scheduled to be held in England and Wales.

While very few people had expected Wahab to make the cut, chief selector Inzamam Ul Haq has reasoned that Wahab’s ability to reverse swing the ball and also his impressive performance in the PSL has helped him seek a place in the squad.


Unfortunately, fast-bowler Junaid Khan who was in the preliminary squad for the World Cup has to make way for Wahab Riaz as the former has been axed in the final squad announced on Monday.

Disappointed with management’s decision, Junaid Khan took to Twitter to share a picture of himself with his mouth sealed shut with tape.

“I don’t want to say anything. Truth is bitter.” He wrote in his Tweet.

Inna lillahi wa inna ilaihi rajioon Heartfelt condolences to @AasifAli2018 on the passing away of his daughter. May allah give you and your family patience to bare with this loss.

Pakistan Cricket Board in response didn’t take any action regarding the Tweet in a bid to not cause any controversy leading up to the World Cup. Though, one of the sources of PCB did say that while the players are allowed to have the access to the Social Media, it doesn’t mean they indulge themselves in activities which are against the spirit of the game.

Nonetheless, a host of Junaid supporters took a dig at the selection committee hours after the Tweet, criticizing the latter for the decision.

“Strange fact: Junaid Khan is the only cricketer in the history to be selected in 3 different World cup squads but still fail to play a single World Cup match,” wrote Muhammad Noman.

Junaid Khan is the only cricketer in the history to be selected in 3 different World cup squads but still fail to play a single World Cup match pic.twitter.com/Zn8fyrR5Pm

Junaid Khan was a member of the Pakistan squad in the recently concluded series against England. He played two ODIs in which he managed to pick just two wickets at an economy rate of 7.88 runs per over. He gave away the most number of runs (85 runs) in the fourth ODI, picking just one wicket in that match.

Earlier, Chief selector did explain the exclusion of Junaid Khan and Faheem Ashraf, saying that, saying that the duo has nothing wrong but the current English conditions have forced them to remove their name from the squad. 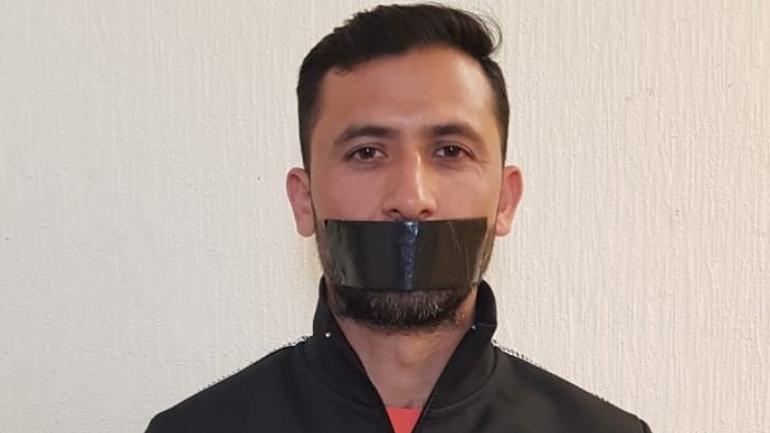 “Junaid and Faheem are dropped but that doesn’t mean they are not good. But we think players like Amir and Wahab are more suitable for these conditions, which is why we have preferred them.” He said.

“I see my team at No. 1,” stressed Inzamam. “I am sure all teams are working hard for the World Cup, but I think Pakistan has the capability to win the World Cup.” Former Pakistan skipper said.