Ritu Phogat: My dream is to give India its first-ever MMA world champion -
Skip to content
News Wrestling 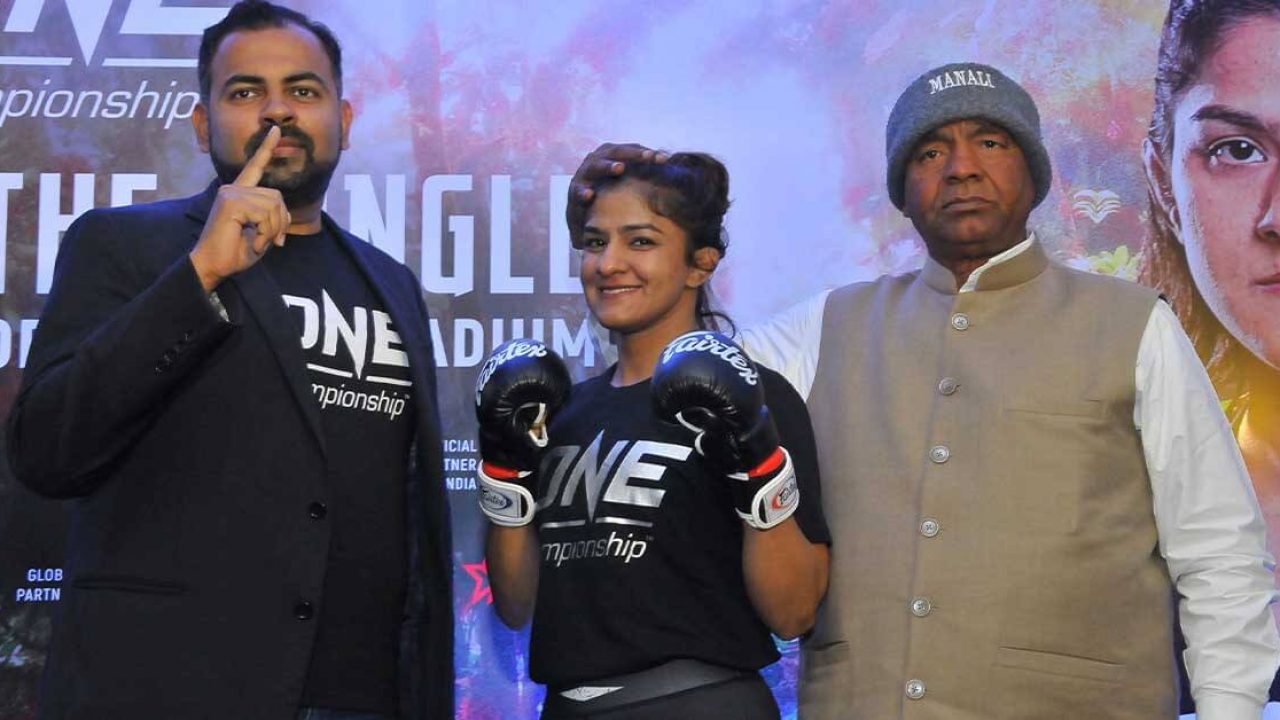 Ritu Phogat, a wrestler-turned-mixed martial arts (MMA) fighter and a former gold medalist at the Commonwealth Wrestling Championships, said she might return to wrestling in the future but is currently focused on becoming India’s first MMA world champion.

Ritu defeated South Korean mixed martial artist Nam Hee Kim in the atom weight category of the ‘Age of Dragons’ competition of the One Championship at the Cadillac Arena in China in November last year. She will next take on China’s Pro MMA fighter Wu Chiao Chen in the “One: King of the Jungle” match at the Indoor Stadium in Singapore on 28 February. Before the match against China’s professional MMA fighter, Ritu said, “There is not much difference between MMA and wrestling. MMA also needs strength, speed and stamina, and wrestling too. But there is a slight difference in skills. Wrestling is limited by a few things.“

The former commonwealth wrestling championship medalist added, “It is difficult to move from one sport to another, but when I came into it from wrestling it was easy for me. The World Championship gives more training on skills, so I am very well aware of its skills. But I still need to pay more attention to my skills.”

The daughter of legendary wrestling coach Mahavir Singh Phogat, Ritu had won her debut with a technical knockout in the first round and now she wants to end her second match with a knockout as well. Ritu, who became a wrestler at the age of eight, has won the National Championship three times. Apart from this, she also won a silver medal in the World Under-23 Wrestling Championship held in Poland in 2017 and became the first female wrestler from India to do so.