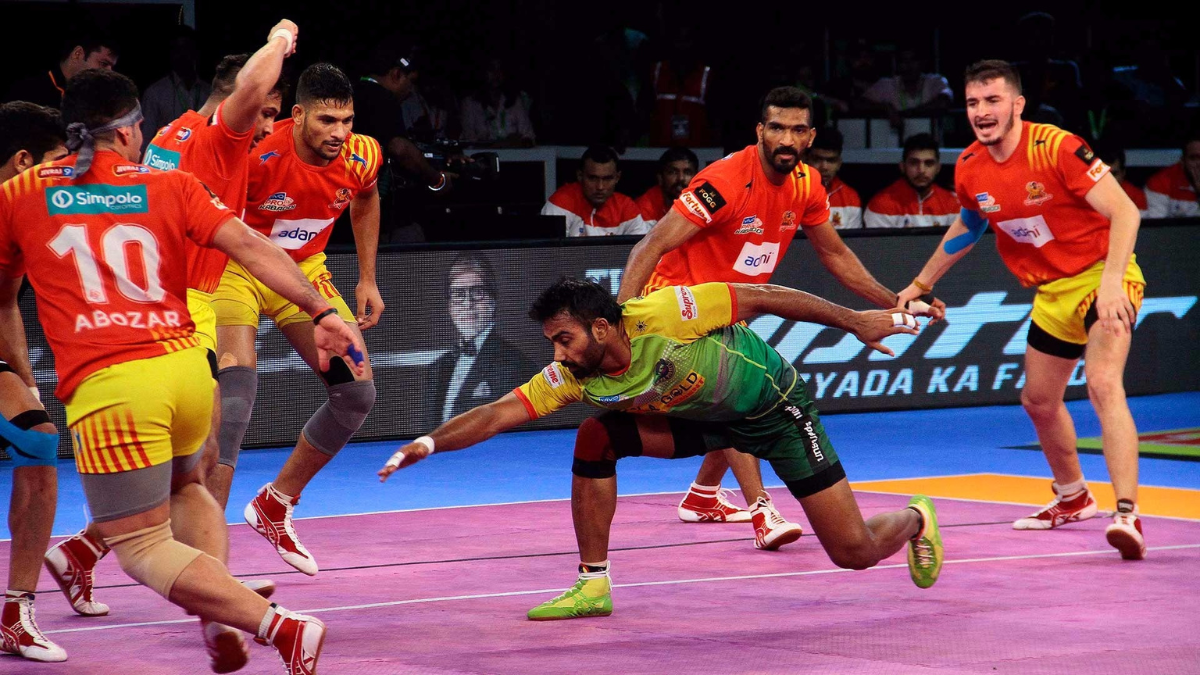 Match number 84 of Pro Kabaddi League season 9 featured league leaders Puneri Paltan and stragglers Haryana Steelers. It was a very important match for the Steelers as they had to win this match to keep their play-off hopes alive but what took place during the match is something they would want to forget.

Puneri Paltan imposed their dominance over the Steelers and handed them a heavy defeat by a gap of 13 points. They have further solidified their position at the top spot in the points table and they are looking like the favorites to win the season 9 title.

From Haryana’s perspective, it was a very depressing game for them as their inconsistency has come back to haunt them once again. They did not have too many bright moments in the match and the highest a raider scored was 8 raid points by K.Prapanjan.

Main raider Manjeet Dahiya had a terrible outing as he scored only 2 raid points, followed by Meetu Sharma and Vinay’s 4 raid points. This was all that the raiders could do. Puneri Paltan on the other side of the mat had everything under control. From defense to offence, Paltan had every department covered.

Pune’s defense did not have to work too hard for the win as the defenders gathered 10 tackle points in total.

Troubles seem to never end for Telegu Titans as they suffer yet another loss in Pro Kabaddi League season 9. They have won only 2 matches this season, lost 15 and without any surprise they sit at the bottom of the table. Lack of influential performances from every player has been the main issue for them this season and whenever a particular player steps up others don’t.

In this match Siddharth Desai was on top of his game, scored 8 raid points but failed to get his team over the line as usual. His compatriot Abhishek Singh looked in a very good form for the first time this season as he bagged 9 raid points bu that was not certainly enough.

They need their defense to turn up but it was only Parvesh Bhainswal who turned up as he completed a High 5. Other than him Adarsh T, Vishal Bhardwaj and Ankit won only a single tackle point.

As for Bengal Warriors, they were extremely spontaneous with everything they did. Captain Maninder Singh was monumental once again as he completed his Super 10 and scored 12 raid points. Shrikant Jadhav played the supporting act by grabbing 7 raid points for himself.

Third match of day 35 featured another one-sided contest between Gujarat Giants and Bengaluru Bulls. The margin between the two teams was of 7 points but both the teams produced some amazing individual performances.

From Gujarat Giants Rakesh raided two players out. Parteek Dahiya and Chandran Ranjit gathered combined 22 raid points. Sonu and Purna singh added 1 raid point each while Arkam Sheikh had 4 raid points too. But, all of that was overshadowed by a clinical performance by Bengaluru Bulls. 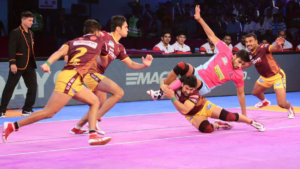 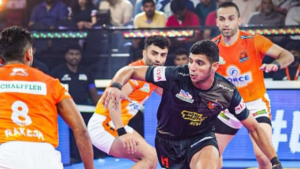 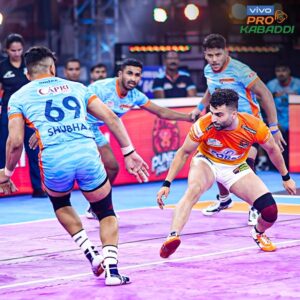 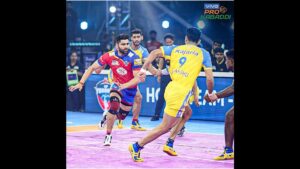