It is a sport in athletics in which an athlete jumps over several hurdles placed at a certain height. A vaulter jumps with the help of a pole made up of bamboo or glass fiber. Firstly it was an Olympic event for mean introduced in 1896, and it was added for women at the Olympics in the year 2000. It is typically one of the four major jumping events in athletics besides triple jump, high jump, and long jump. It requires a significant amount of specialized equipment to participate even at a basic level. Most of the pole vaulters have a background in gymnastics, and some of them are world record breakers as well. 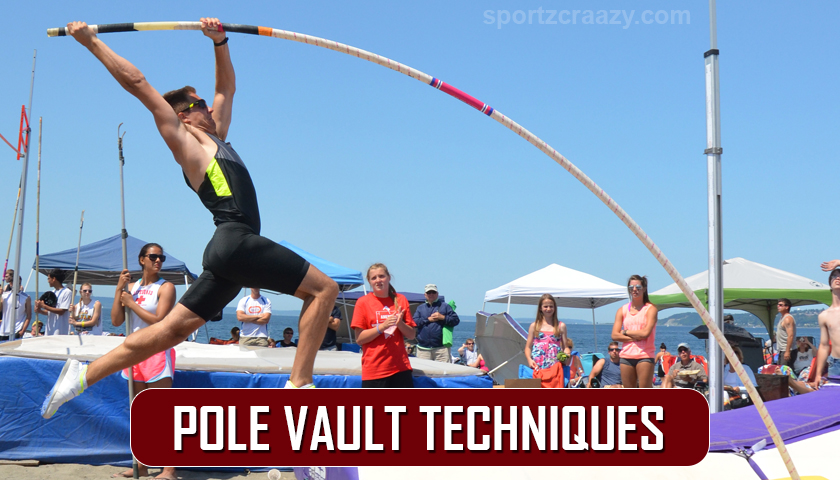 Running speed is the most dominant factor. There are many techniques to play pole vault efficiently, and they are very useful. Here are some techniques that you will come to know about. 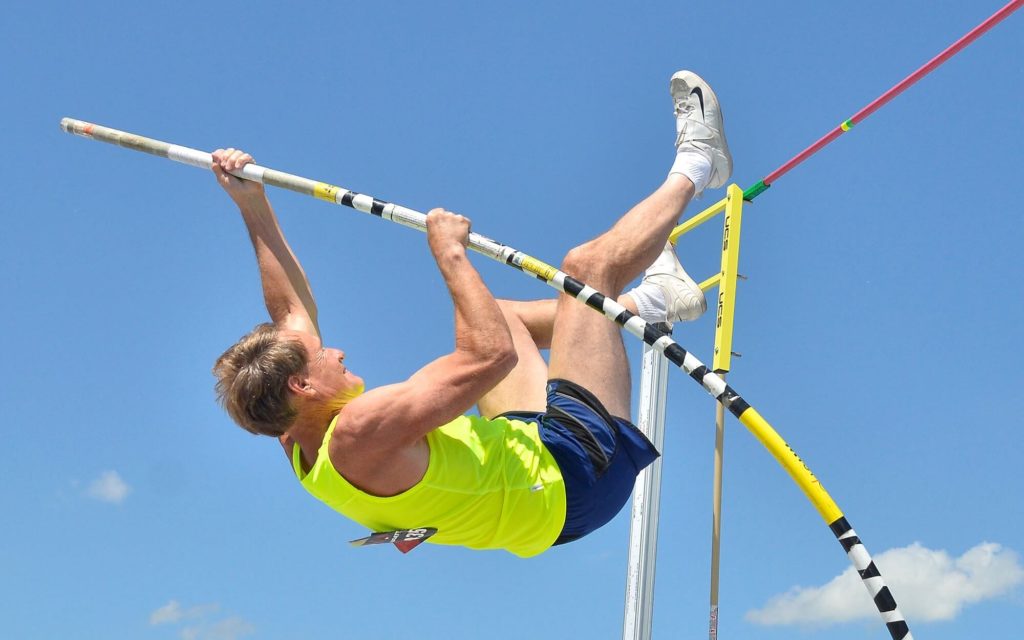 It consists of the sprinting down the runway to achieve maximum speed and take correct take-off position for reaching the pit. The pole is carried upright to some degree at the beginning of the approach, and then gets lowered as the vaulter gets closer to the hole.

By doing the same potential energy can be used which is stored from carrying the pole upright. It is natural for vaulters to use long, powerful strides at the beginning of the approach, and then accelerate by increasing stride frequency while maintaining the same stride length while keeping their knees up like a sprinter.

The Plant and take-off 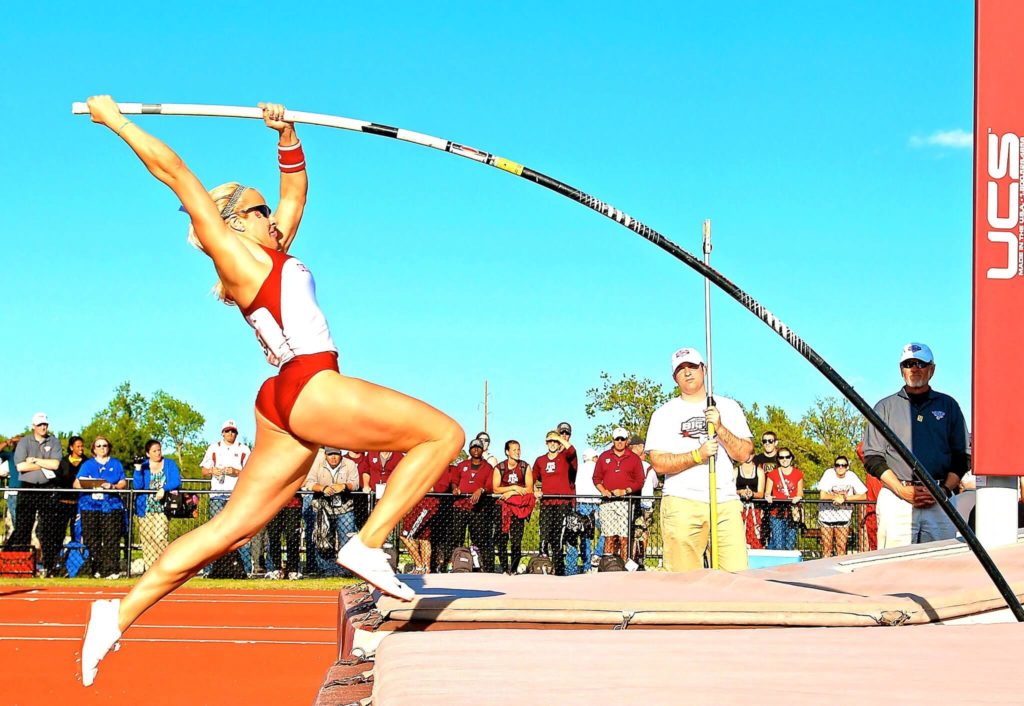 It is initiated typically three steps out from the final stage. Vaulters will count their steps backwards from their starting point to the box only counting the actions taken on the left foot except for the second step from the box, which is taken by the right foot.

At the same time, the vaulter is keeping the tip of the pole inbox. In the final step, the vaulter jumps beside the trail leg which always remains straight and then turns forward the front knee. As pole slides in the back of the box and then pole begins to bend, and the vaulter continues up and forward, leaving the trail leg angled down and behind him. 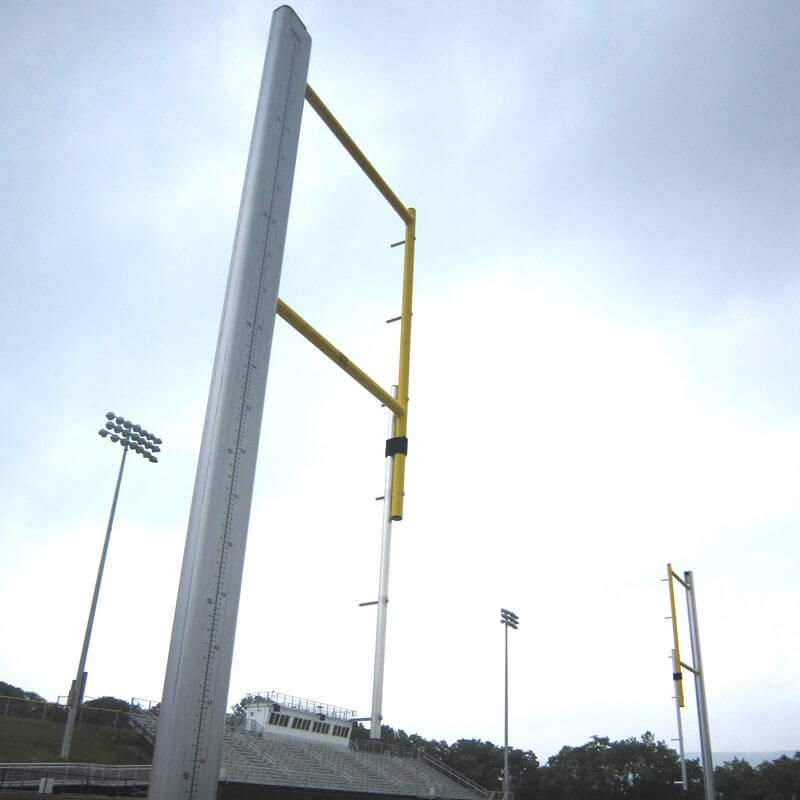 It specifies to the extension of the hips upward with branched legs as the shoulders drive down, making the vaulter be upside down. This position is often called “inversion.” When this phase is executed, the pole begins to retreat, pushing the vaulter instantly upward. The hands of vaulter remain close to the body as they move from the back to the region around the hips and upper part. 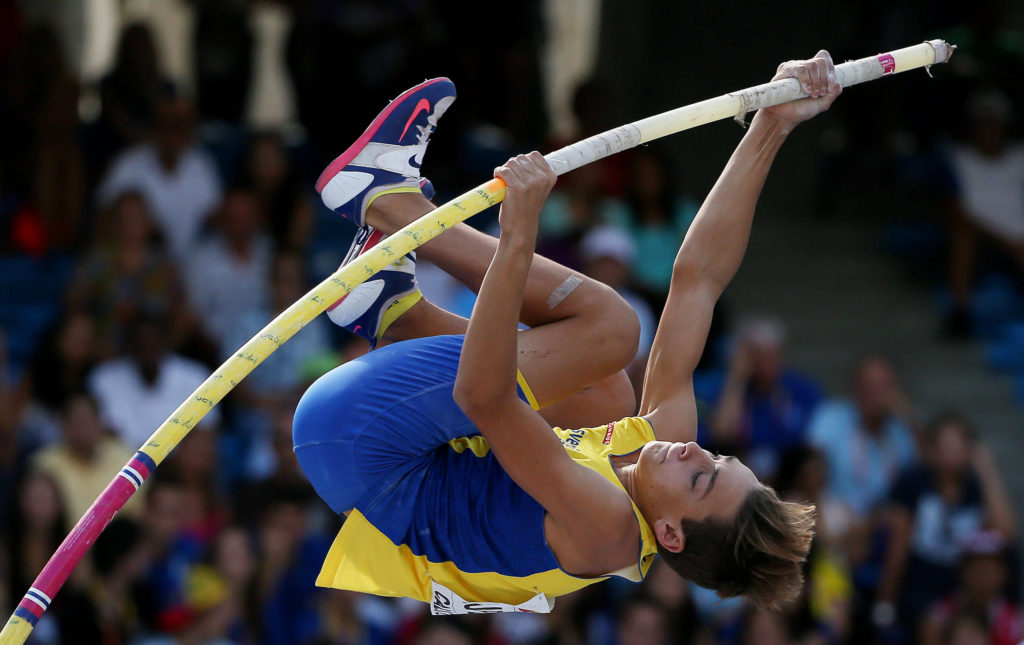 The turn is carried out instantly after or even during the end of the rock back. As the name involves, the vaulter turns 180° toward the pole while extending the arms down past the head and shoulders. Typically the vaulter will begin to angle his body toward the bar as the turn is accomplished, although ideally, the vaulter will remain as steep as possible. A more meticulous description of this phase of the vault may be “the spin” because the vaulter spins around an imaginary axis from head to toe. 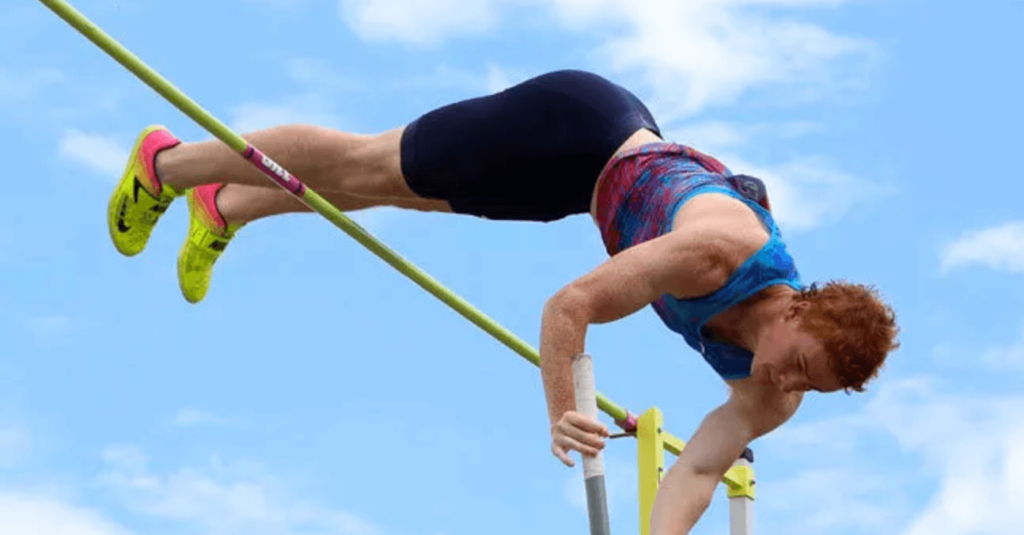 It often highly indicated by viewers and novice vaulters, but it is amicably the simplest phase of a vault and is a result of proper execution of earlier phases. This phase mainly includes the vaulter pushing off the pole and releasing it, so it falls away from bar and mats. As his body goes up and around the bar, the vaulter is looking at the bar. Movement of the body occurs naturally over the bar. And his main aim is that his parts of the bodies don’t pluck off the bar. The vaulter should land near the mats foam. 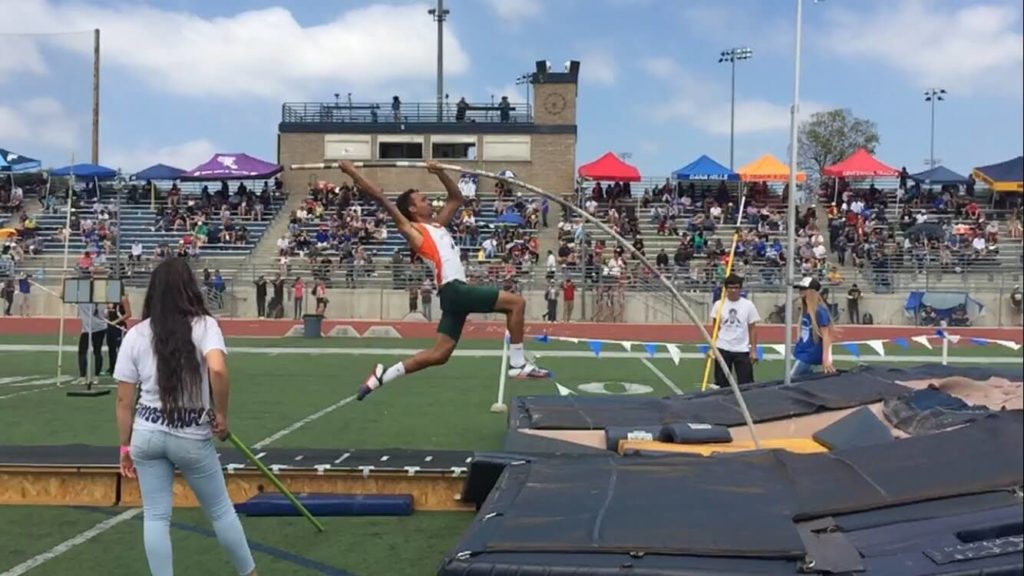 It is basically of three forms:

The first form is known as the shoot and tuck. This is consummate by inserting legs inside toward the chest comparatively than leaving trail leg elongated. This has the opposite effect of double leg drop: it lessens the lower body about the rotational point, making swing faster, but decreasing the pole-loading reaction of the swing. Because a small rotational axis can make it harder to use bigger poles than with lengthy axis, the tuck and shoot are also not treated as the traditional way. A successful tuck and shoot are demonstrated by former American record-holder Jeff Hart wig.

The second form of swing up is also known as a double leg drop. After accomplishing a normal take-off, the vaulter allows his lead leg to drop and swing up with both legs. By doing the same, the weight of vaulter’s lower body is gathered more from his spinning axis, making it difficult for the vaulter to swing with great speed with a single-legged swing. For some reason, a vaulter with nonstop rotational speed will take pole with more energy using double legged swing. Because the slower swing can make it difficult for the vaulter to get in the situation for rock back.

The third form consists of the vaulter fluctuating his trail leg forward and rowing, pushing, his top arm down to the hips, while trying to keep the trail leg straight, once in a “U” shape the left arm hugs the pole tight to use the recoil within the pole efficiently. Effectively, this causes a double pendulum motion, with the top of the pole moving forward and pivoting from the box, while the vaulter acts as a second pendulum rotating from the right hand. This action results in even more potential energy being stored in the pole, all of which will be returned to the vaulter in later phases. The swing continues until the hips are above the head and the arms are pulling the pole close to the chest. From there the vaulter shoots his legs up over the crossbar while keeping the pole close.