The game with plenty of names like War of Tug, Tug of war, tug war, rope war, rope pulling or tugging war is played between two teams which test each other’s strength. The goal is to pull the rope in such a way that it lands in one team’s area despite the force from the team at the other end of the rope. In this way, the team that succeeds in pulling the majority of the rope towards itself wins the game.

The term “tug of war” means “the decisive contest; the real struggle or tussle; a severe contest for supremacy” according to the Oxford English dictionary. Later on while in the 19th century the term was used prominently to describe a sport consisting of two teams trying to get control of the rope.

The origins of this sport are relatively unknown however; it was in fact played in Cambodia, ancient Egypt, Greece, India and China. Some researchers found painting and carvings related to this sport and they may date back to the mid-9-th century.

According to a book, The Notes of Feng, the game of tug of war was then referred to as “hook pulling” and was extensively used for military training under the military commander of state of Chu. During the Tang dynasty, Emperor Xuanzong of Tang even ordered large scale tug of war games which used rope up to 167 metres attached to shorter ropes. At a time 500 people were required to hold the rope from one side. Also, each side of the rope had a certain set of drummers for the motivation of participants.

Since then there have been many encounters of the sport around the world with different names yet the concept remains the same.

The Sport of War 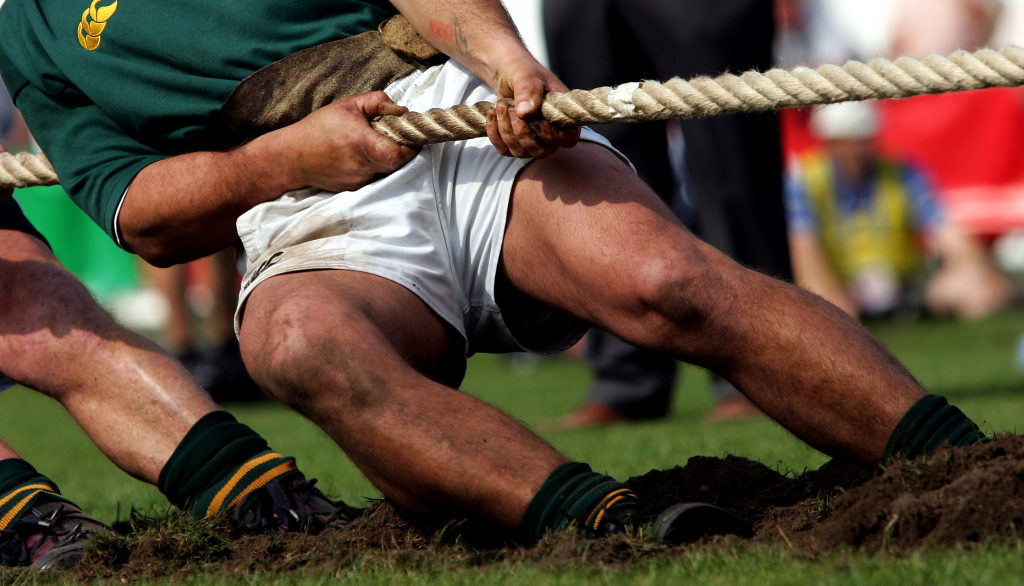 The game is played all across the game in which clubs from over the globe participate and it is open for both males and females. It is part of the World games and meanwhile, the Tug of War International Federation hosts World Championships for national teams in two years.

From 1976 to 1988 Tug of War became a regular feature during the television series Battle of the Network Stars. Teams of celebrities representing each network compete for bragging rights wherein the final event is a Tug of War event. 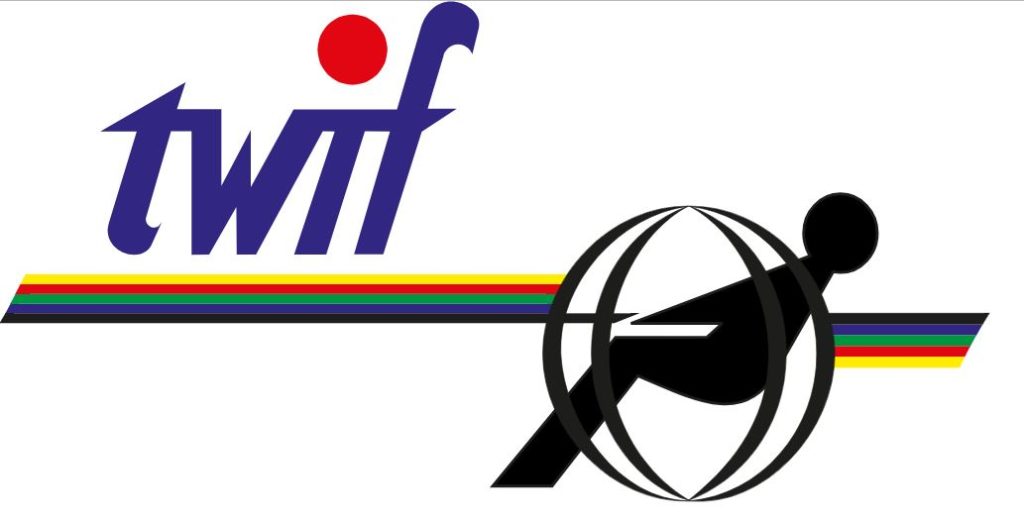 The sport of tug of war is popular that it is played all around the world. Although a group of selected countries have formed a national body to govern the game. Majority of these national bodies are then brought in association with the TWIF that is the Tug of War International Federation. Until the year 2008, there were as many as 53 nations associated with the TWIF including countries like England, India, Italy, and Belgium etc.

Rules of the Game In this game, two teams of eight players are divided and their total mass should not exceed maximum weight asset for each class, should position themselves at the end of a rope which should be roughly 11 centimetres (4.3 in) in circumference. The rope is then marked with a “centre line” along with two markings of 4 metres (13 ft) to both the side of the centre line.

The teams begin as the rope’s central line in alignment with a line marked on the ground, and once pulling commences, they try to pull the other team in such a way that the marking on the rope closest to their opponent crosses the centre line, or until the opponents commit a foul.

Locking is a foul, meaning one cannot lowering his elbow below the knee during a pull while touching the ground for extended periods of time also comes under the category of foul play. The rope should come from under the arms; while actions such as pulling the rope over shoulders will be a foul too. Therefore, these rules are only used in highly organized competitions, for example, that the World Championships. Elsewhere in small or informal entertainment competitions, the rules are often arbitrarily interpreted and followed.

Tactics in Tug Of War 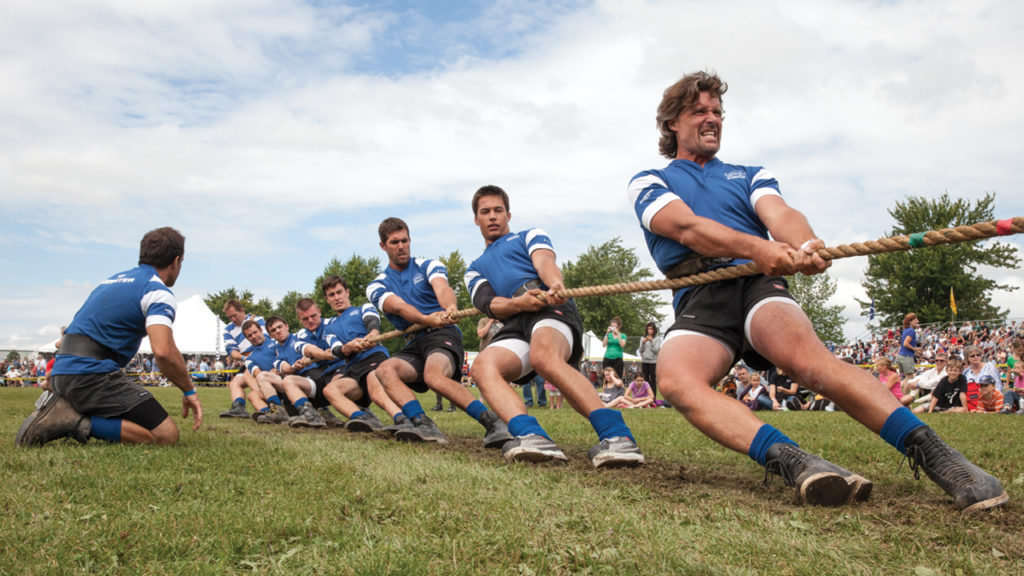 There is always more than what meets the eye. Aside from raw power needed to pull the rope from the grip of opponents the game is a technical sport. The team spirit and cooperation often called “the rhythm” plays a crucial role in the victory if not their individual strength.

Often a term used “driver” is used to describe the team’s man who when spots the rope getting carried away by the other team halts on his “hang” command wherein all team members after which all team members will dig their boots into the grass. When the opposition team is tired he shouts “pull” and waves his hat or handkerchief rhythmically to pull the lads together.