Croquet is a very famous outdoor game in France and England. It is also known as Lawn Croquet, played in court or a lawn. It is played with a long-handled mallet with the help of which the player hits the ball. This game was evolved from a Paille-maille, which was played in France in the 13th century. It came to England in the 16th century. Then the game that became to known as croquet. In lawn croquet, the informal version is played in the United States, and it was firstly sponsored by National Croquet Association which was established in 1882. The Court of croquet is flat grassed area measured 35 by 28 yards, small courts can also be used.

Croquet game can be played between two, four and six players in which a person has to hit a ball through six loops and hit the center peg. Each player can hit any ball, and they have to continue hitting the same ball. During a tournament meeting in New York City in the year 1889, the letters c and t were dropped by some of the players naming it Roque. It plays differed from Britain’s association croquet by having solid boundary balls and a clay surface.

A person has to hit the ball through the hoops and hit the center peg carefully without missing in one chance. There are six balls of blue, black, red and yellow color. A person can hit the ball of any color at a time. 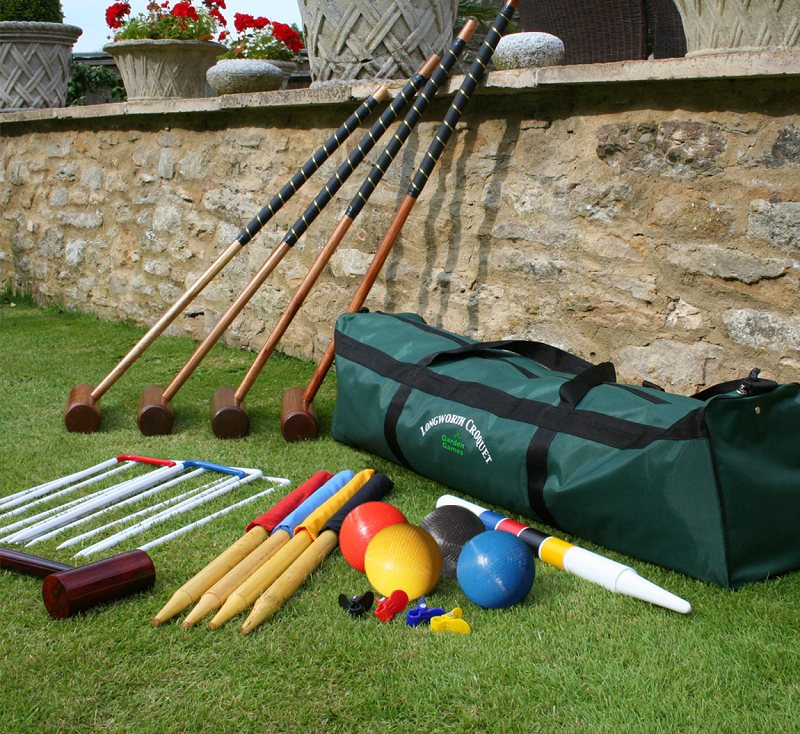 How Does a Game Start?

A coin flipped and the winner gets a chance to choose which balls he wants to hit either-blue, black, yellow or red. The person with the blue ball goes first followed by red, black and at last yellow. A ball is placed on baulk line hence it is strucked to the field of play. From the very first shot complex tactics become apparent. Thus, the game can be enjoyable is played if played without the conniving strategies.

The grip should be comfortable to hold the mallet and play smoothly. The three commonly used grips are:

The game is won when both the balls are peg out. Even moderate players can easily peg out both the balls in one turn. Usually, it is not right to peg out immediately but should be kept moving so it can assist the partner ball to finish. If you peg out one ball, then you’ll have only one ball to play against opponent two balls and if you’re are several loops in front you could quickly lose the game. The perfect way is to peel both balls through the rover hoop together and then peg them out together.