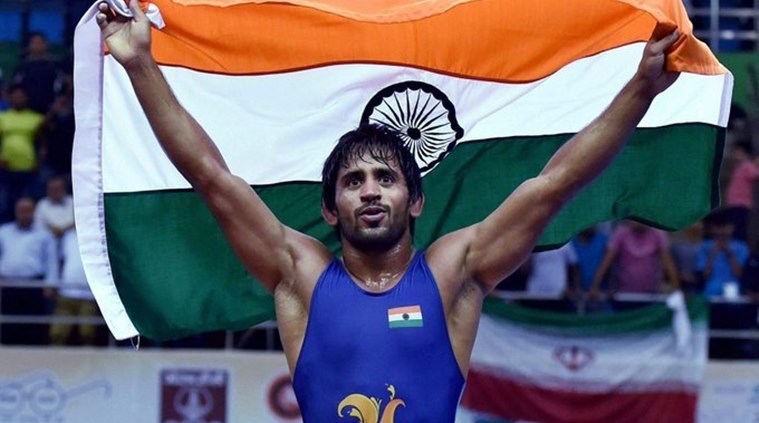 India’s top wrestler Bajrang Punia has received approval from Mission Olympic Cell to train in USA  for one month with his coach Emzarios Bentinidis and Physio Dhananjay for the camp which will start from December 4 to January 3rd 2021 at Cliff Keen Wrestling Club, Michigan, USA at an approximate cost of Rs 14 lakh.

This decision was taken in the meeting held on November 26th 2020. Bajrang is currently training at SAI Sonepat Centre amid this pandemic time also in the upcoming training camp in USA he will get an opportunity to train under two time Olympic Champion Sergei Beloglazov. On his personal front, Bajrang Punia married with fellow wrestler Sangeeta Phogat on 26th November 2020.

Taking to micro-blogging site Twitter, Sangeeta wrote, “You Complete Me. Soulmate for life. A New Chapter of Life Would be Full Of Love and Happiness.” Punia also tweeted pictures from the event.

You Complete Me ❤️ Soulmate for life. A New chapter of Life Would be Full Of love and Happiness. #SangRang @BajrangPunia ❤️ pic.twitter.com/dFIgSPNh6Q

However, Bajrang shared the same news via his Facebook account where he wrote ” Marriage also has a wonderful ritual. Today I have chosen my life partner and brought her to my home from her house. Still feel like I’ve found another family. Going to start this new chapter of life. I am happy and a little bit restless. It’s time to face this exam guys. Thank you for your love and blessings.”

Indian Wrestler Yogeshwar Dutt congratulated the newlywed couple in a post on Facebook. He wrote, “International wrestlers Bajrang Punia and Sangeeta Phogat wish you both a happy marriage and future.”

The Pre-wedding festivities began for them on November 22nd 2020 and finally, they got married on Thursday in Balai village in presence of their families.Punia is expected to win medal for India in the upcoming Tokyo Olympics as he has raised the bar with his performance over the years especially after winning three medals at the World Wrestling Championships. Punia hails from the family where Wrestling was given utmost importance as his father was also wrestler so he naturally developed his interest in this sport and started to skip school to go for Wrestling practice. However, his family shifted to Sonepat in 2015 so that he can do practice at regional centre of Sports Authority of India. 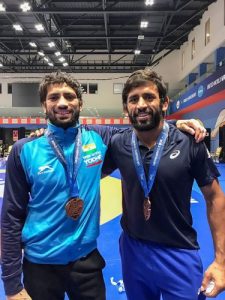 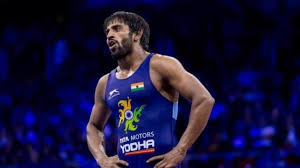 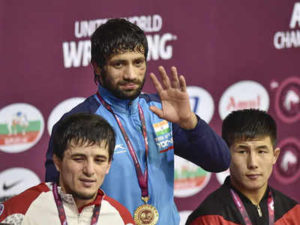 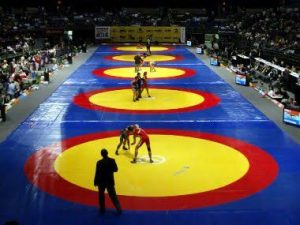