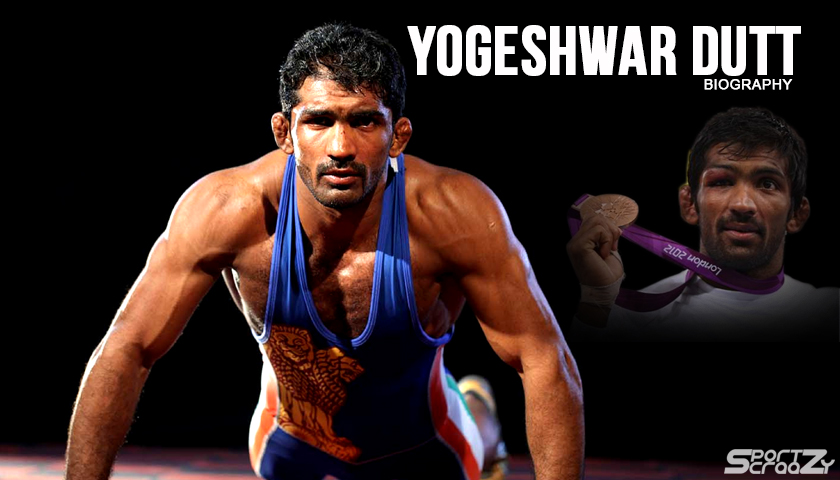 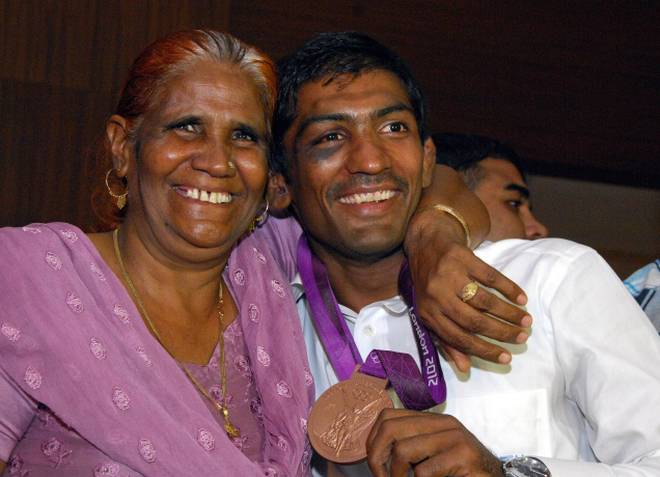 Indian wrestler Yogeshwar Dutt was born in a remote village of Bhainswal Kalan in Sonipat district of Haryana. He took up the sport of wrestling at the age of just eight. Coming from a village which is popular for wrestling, Yogeshwar learned techniques of wrestling in the akharas’ or wrestling mud rings of his village.

An epitome of hard work, Yogeshwar toiled hard to make a name for himself in the sport of wrestling. The Indian wrestler lost a lot of battles growing up only to learn from those mistakes and gradually rise through the ranks. 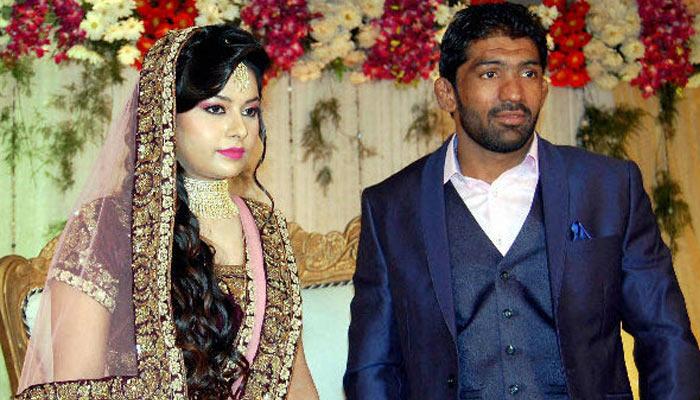 Yogeshwar Dutt’s father, Ram Mehar Dutt, was a farmer, while his mother, Sushila Devi, a homemaker. On 16th January 2017, Yogeshwar tied the knots with Sheetal Sharma in a private ceremony in Singhola on the outskirts of New Delhi on 16 January 2017. The ceremony was attended by many prominent sports personalities of the country and other famous politicians.

His wife, Sheetal also hails from Sonipat. She was born to Jai Singh Bhagawan who is a popular congress leader.

Yogeshwar is perhaps an inspiration to many who accepted only 1 rupee as Dowry as a token of goodwill from the groom’s family at his wedding. Many sports personalities, including Sachin Tendulkar, Saina Nehwal, and Vijender Singh took to Twitter to congratulate the wrestler.

2006 Asian Games:
Just nine days before he took off to Doha for Asian Games, Yogeshwar Dutta’s father passed away; however, the Indian wrestler despite suffering from emotional trauma competed in the bout and won the 60kg category at the 15th Asian Games at Doha. 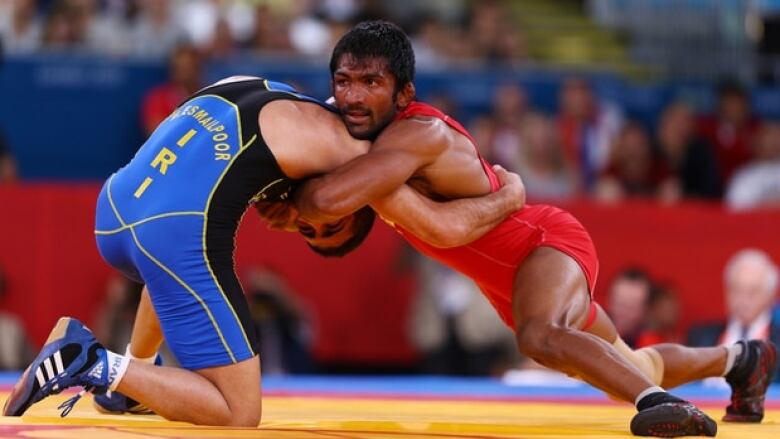 Yogeshwar Dutt made headlines after becoming the third Indian wrestler after K D Jadhav and Sushil Kumar to win a medal at Olympics. He claimed a bronze medal in the Men’s freestyle 60kg event at the 2012 Olympics.

Yogeshwar competed in the men’s 65kg freestyle category at the 2014 Commonwealth Games. He beat Canada’s Jevon Balfour 10–0 in the finals, to clinch a gold medal at the event.

At the 2014 Asian Games, he defeated Zalimkhan Yusupov of Tajikistan in the finals to win gold in the 65kg freestyle wrestling category. 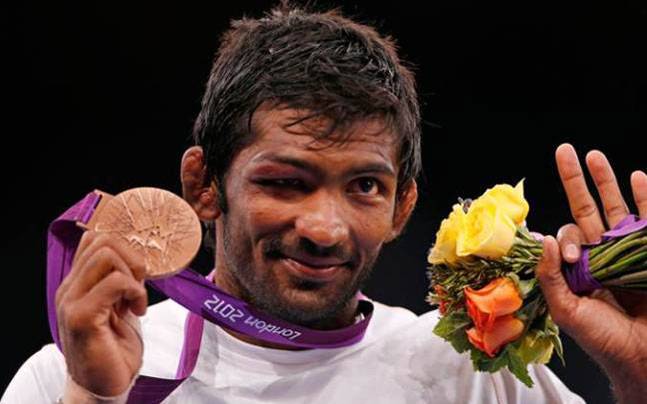 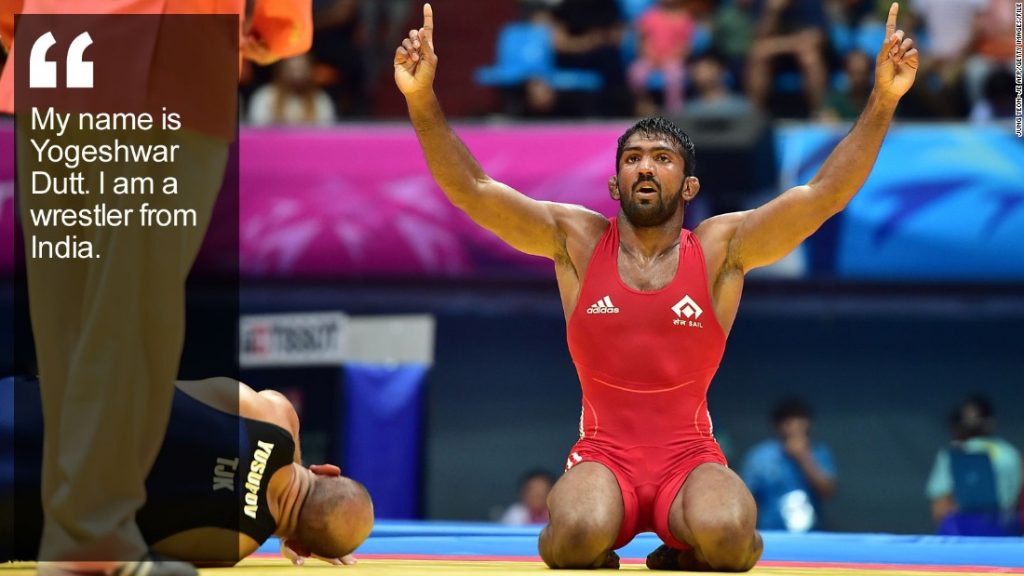 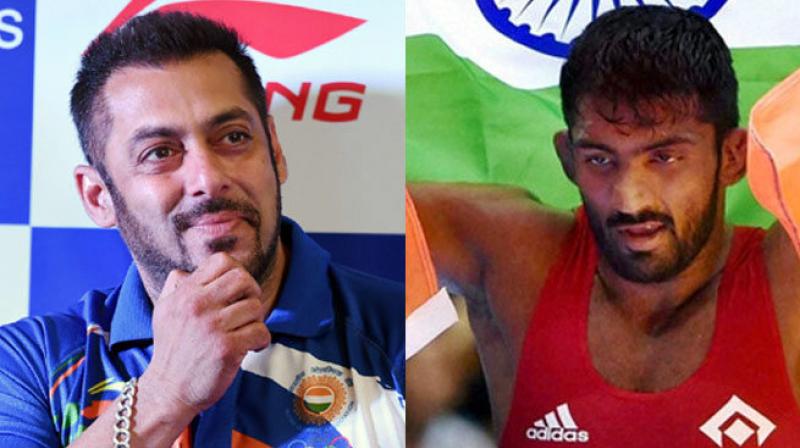 In the year 2016, the Indian Olympic Association chose Salman Khan as the goodwill ambassador of the Indian contingent for the Rio Olympics. Making Salman as the ambassador didn’t go too well with Indian wrestler Yogeshwar Dutt.

He voiced his displeasure saying that India has no dearth of athletes to be named as the ambassador of the Indian contingent.

According to the Indian wrestler, popular sportspersons like Sachin Tendulkar, PT Usha etc deserve more to become the brand ambassador than a film star. 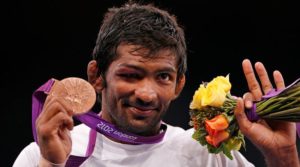 On this day in 2012: Yogeshwar Dutt wins bronze for India at London Olympics 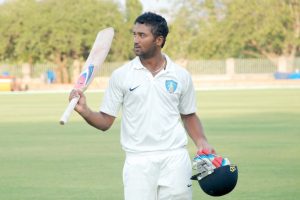 Unlucky Cricketers Who Never Got Selected in Indian Team 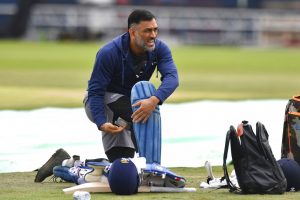 Is MS Dhoni Thinking about Retirement- Watch the Complete Video