Almost everyone in the tennis world knows about Maria Sharapova who is famous for her best games. She is a proficient tennis player belonging to Russia. She was born to Yuri and Yelena in the year 1987. Her birthplace is Nyagan, Russia. In 1994, she moved to the USA where she had started getting training for tennis. She was a wonderful player right from her childhood. At the age of 13, she won her first international title ‘Eddie Herr International Junior Tennis Championship’ in the girl’s category. Very few outstanding players could achieve this feat.

Since 2001, she started participating in the professional games. Though she couldn’t win many titles, she was able to reach the 6th position in the Junior World’s Singles ranking. She started working hard to hone her skills which helped her to reach finals in many of the Junior Grand Slam tournaments. The most excellent achievement of Sharapova is that she was got the title of the world no 1 in the rankings in 2005. Though she held the title just for four weeks, she became the first Russian woman to achieve this deed.

Many of the tennis giants call her to be one of the most talented players. She has won almost 36 singles medals and five Grand Slam titles (two titles in French Open and one each at Australian Open, Wimbledon and US open). In 2002, she was won an Olympic Silver Medal in Summer Olympics in London.

Maria Sharapova had suffered a lot of injuries during her tournaments. Still, she recovers soon and would start participating actively in the games. Because of her fame, she became the model for the advertisements of many famous brands such as Nike, Canon, and Prince etc. Further, she was made as the United Nation Development Programme Goodwill Ambassador in 2007. Her major works in United Nations were related to the rehabilitation of the victims of the Chernobyl Nuclear Disaster. Her involvement in these kinds of activities further enhanced her popularity.

You will be amazed to know that she is considered to be the highest paid woman athlete for 11 consecutive years according to the reports of the Forbes. She was also announced as one of the 30 Legends of women’s tennis: Past, Present and Future by Time. 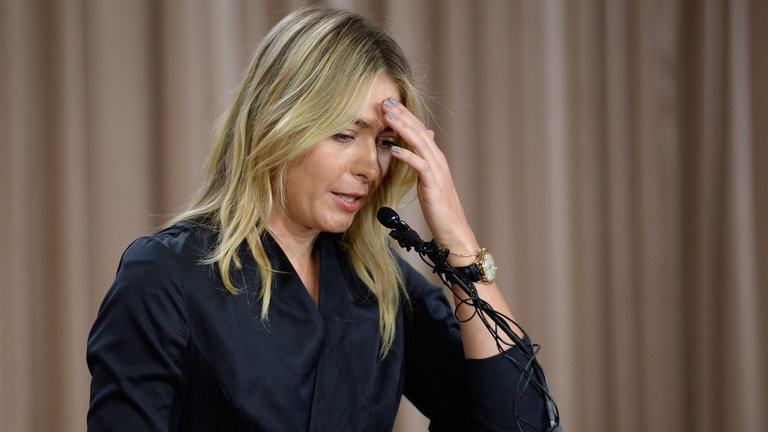 The major blot in her career came when Sharapova exposed that she had failed a drug test in the Australian open in 2016. She was tested positive for the drug Meldonium. Meldonium is a drug which is used for treating the heart patients. World Anti Doping Agency banned this drug on January 1, 2016. The International Tennis Federation temporarily suspended Sharapova for using this drug on March 12, 2016.

After the ban, Sharapova accepted the drug tests result and issued a statement regarding her purpose of usage of the drug. In her statement, she mentioned that she did not use this drug for the performance enhancement but for the several health issues such as magnesium deficiency and a family history of diabetes.  She had been prescribed this particular drug by the doctor and had been using it for more than 10 years since 2006.  She was not aware that the drug Mildronate has another name called Meldonium.

Moreover, the drug may be banned for use in the United States of America but it was approved for legal use in Russia for which Sharapova plays. She also mentioned that she was not aware of the ban of the drug concerned by the World Anti Doping Agency (WADA) as she did not read the email regarding this. But the authorities expressed that the players were given the warning five times regarding its ban. Sharapova said that she did not receive such warnings even a single time.

Due to this ban, the companies such as Nike which sponsored her personally cancelled the contracts with her. Even the United Nations Development Programme suspended her title as the Goodwill Ambassador though she did a commendable job for more than 9 years.

Regarding her ban, she did not receive adequate support from her fellow players. Some star tennis players like Roger Federer, Andy Murray gave open statements like she should be punished for such immoral acts. There were also claims that all her international titles should be withdrawn. But she got strong support from Russian Tennis Federation which wanted her to participate in the 2016 Olympic Games. Even one of the Russian ministers commented that the ban was due to the political reasons. 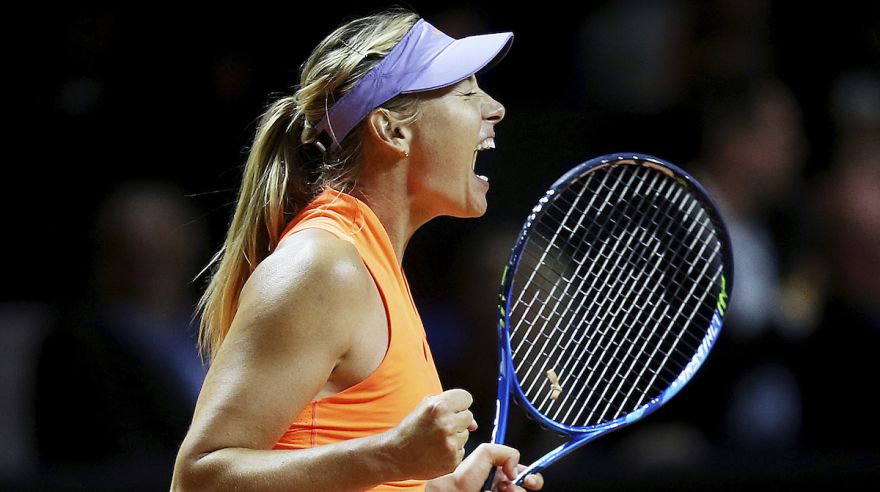 Though WADA announced that there would be no ban on the sportspersons who were not tested positive for the drug after March 1, 2016, International Tennis Federation proceeded with the case against Sharapova and banned her for two years. Following the hearings in the Court of Arbitration for Sports, the ban was reduced from 24 months to 15 months. The reason cited by the court for reducing the time period is that she committed no significant fault though she did not follow the anti-doping rules.

Though she was banned, she did not remain inactive during this period. She had participated in a charity event which was conducted to support Elton John’s AIDS foundation. She was given the wildcard entry for the Madrid Open and Rome Masters. These wildcard entries were opposed by some players like Andy Murray. Meanwhile, Nike for which had a million-dollar contract resumed its relationship with her.

In April 2017, Sharapova started playing in the WTA tour. After the brief break, she played her first match at Porsche Tennis Grand Prix. She reached till semi-finals. She was feeling so happy about her performance in the game in spite of being in the middle of the drug controversy. With the subsequent victories in many matches, she soon returned to the top 25.

The determination of Maria Sharapova is really admirable. She was always clear in her stances. Though she committed a mistake, she was brave enough to accept it. This quality makes her to be the most unique among other players. Her performances are always whether she suffers from any injuries or stress level. We all can expect the best performances in the coming years too.