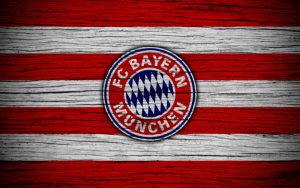 Leroy Sane has joined Bayern Munich from Manchester City for an initial fee of about $44.7m that could rise up to $54.8m.

“I want to win as many trophies as possible with Bayern, and the Champions League is the top priority,” he said.

Sane was the key member for the Manchester City team that won a domestic treble last year but has been injured for much of this season.

He scored 39 goals and 45 assists in the Premier League for Manchester City.

“Our goal is to gather the best German players at FC Bayern and the signing of Leroy emphasizes this goal,” said Bayern chief executive Karl-Heinz Rummenigge.

Sane who has 21 caps for Germany will start training with Bayern next week, although he will not be playing for the Champions League this season.

Sane is Bayern’s third new signing for next season along with French defender Tanguy Nianzou Kouassi from Paris Saint-Germain and goalkeeper Alexander Nuebel from Schalke, both of which were free transfers.

“With Serge Gnabry, Kingsley Coman, and Leroy, we are now very well occupied at the highest level on the wing, positions that are important for our game,” said Bayern sports director Hasan Salihamidzic.