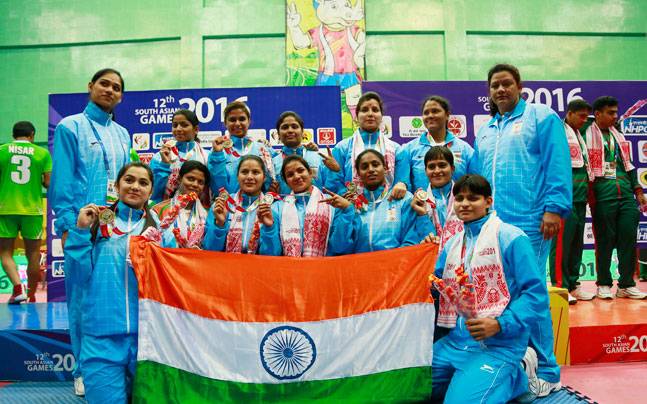 Indian Olympic Associations poor management abilities have once again come into light after reports surfaced that Indian players who are going to represent India at the South Asian Games in Kathmandu from December 1 to 10 were still to receive their ticket and kit for the games. While kit and tickets are a major concern the IOA is also under pressure, as many players of several disciplines are facing the axe from the upcoming SAG in Nepal due to the mismanagement in their respective sports federations (NSFs).

Nepal Olympic Committee on November 23 had denied archery and Taekwondo players to participate in the games as National federations of both these sports were either derecognized by the World Governing bodies of the concerned sports or not recognized by their NOC.

However, after the World Taekwondo and International Olympic Committee intervened in the matter and requested NOC to allow Taekwondo players from India to participate in the games under special consideration. However, IOA’s problems are far from over as now the participation of men’s and women’s volleyballs teams at the games has landed in jeopardy.

It is reported that the Volleyball teams that were scheduled to leave for Nepal on Tuesday to participate in the event which kicks-off on December 1. The report further claims that the players are yet to receive their official training and competition kits and flight tickets. It is to be noted that both men’s and women’s team are scheduled to play their first match on November 28th. If the teams do not leave on Wednesday they can’t participate in the SAG, Volleyball Federation of India’s (VFI) assistant secretary, K Vasavan wrote to IOA.

Sources close to the development have said that the ticketing formalities were delayed as the IOA had not sent any ticketing request to the ministry till Saturday. IOA completed the formalities by late Sunday and therefore the delay.

Sources also claim that the IOA and ministry have also requested World Archery (WA) to convince SAG organizers to allow the participation of Indian archers in the games to be held in Nepal. It is believed that WA secretary-general, Tom Dielen, will hold talks with WA members in Bangkok to arrive at some decision in this regard.