Fantasy Premier League: A look at Opening 5 Fixtures of Each Team
Skip to content
Football 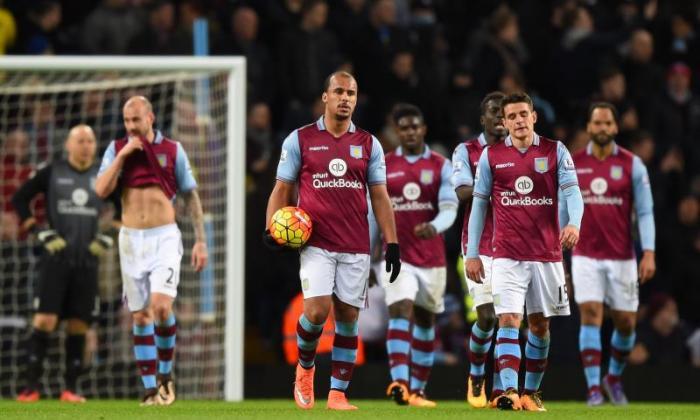 Liverpool has an easy run of games in the opening round of matches. Out of the top six, they only face Arsenal, that too at home, in the first five fixtures. They had a brilliant defensive record last season. The two full-backs Robertson and Alexander-Arnold had some very good numbers going forward. Virgil Van Dijk was a stand out in the backline, as no player was able to dribble past him in the 18/19 campaign. Picking these 3 players in your FPL could prove to be very profitable.
Mohammad Salah is another one of the must-have’s from the Reds. He can supply a number of goals and high scoring matches, and will also be a captaincy option.

In these easy opening few encounters, Jordan Pickford at £5.5m could be a very good option. Digne had a fabulous last season. The left-back had put in most crosses and created more chances than Liverpool’s Andy Robertson. He should be a very good buy at just £6.0m. The midfield duo of Richarlison and Sigurdsson could be goal getters against relatively easy opponents. Though they are a bit expensive at£ 8.0m, looking at the opening 10 matches, where they play only one of the top six clubs, at least pick one of them is highly recommended. Moises Kean is another option now, having made a late entry into the Everton side and though, might not start, but should be among the first 11, ahead of Calvert Lewin in the forthcoming matches.

In the first two matches, Bournemouth faces two newly promoted sides, Sheffield United and Aston Villa. In the previous season, they were highest goal scorers outside the top six which showcases the attacking power in the team. Ryan Fraser and Callum Wilson are regular goal scorers but are a bit overpriced at £7.5m and £8.0m respectively. Harry Wilson who is on loan from Liverpool could be a good bargain at £6.0m. Former Manchester United player Joshua King is also a good option available at £6.5m.

After their opening game against Manchester United, Chelsea will get an easy run of games where they would look to capture maximum points. Christian Pulisic is a proven world-class player who is valued at £7.5m. Picking him up in the FPL team could give long-term benefits. Ross Barkley is another one who could be very profitable in the long run. The creative midfielder is valued at £6.0m.

In the opening five fixtures, Norwich City will face three of the top six teams. In their opening encounter, they play Liverpool at Anfield which is a very challenging venue for any opposition. The 19-year-old right-back Max Aaron could have an attacking threat going forward, but given the tough fixtures, the defense line is very likely to concede goals. Therefore, at £4.5m he could be an option in the future. The attacking nature of the canaries makes things interesting. Buendia and Pukki had phenomenal numbers last season. They have the ability to convert any little opportunity that comes their way in these tough fixtures. Buendia is valued at £6.0m while Pukki is priced at £6.5m.

The Magpies host Arsenal at St. James Park in their opening match and then they travel to Tottenham Hotspurs and Liverpool in match-week 3 and 5 respectively. It will be interesting to see how they perform under their new manager Steve Bruce. Looking at the quality of the opponents they face in the first five fixtures, it is not advisable to pick a defender from Newcastle in your starting FPL team. Matt Ritchie who performed pretty well last season has some injury concerns going into the season. At £5.5m He could be a good option in the later stages of the league. Joelinton was signed from TSG Hoffenheim in the summer after producing 9 goals in 35 appearances. At £6.0m he is a bit expensive.

Wolves will travel to King Power Stadium in their opening fixture of the Premier League. After that, they will host Manchester United at Burnley at Molineux Stadium.  Out of the first five matches, Burnley at Home is the only match where things look promising for wolves. However, in the previous season, it was often against the bigger opposition that they turned up and delivered the goods. This time around they will also have Europa League commitments so it becomes interesting to see how Santo rotates his squad and how the team fares in this busy schedule. Raul Jiminez and Jota who are regular goal scorers can be a good option at £7.5m and £6.5m respectively.

After the two easy games against Newcastle and Burnley, the gunners face Liverpool and Tottenham Hotspurs back to back. Arsenal had poor results away from home last season. They will look to put that right this season. Arsenal scored 73 goals in the 18/19 season, the most in Premier League after Manchester City and Liverpool though defensively they were quite vulnerable. This indicates that investing in the attacking line of Arsenal could be profitable. The two center forwards, Aubameyang and Lacazette are priced at £11m and £9.5m by the FPL.  Dani Ceballos who is on loan from Real Madrid could be a very good addition to FPL team at just £5.5m. The midfielder has both defensive and attacking abilities.