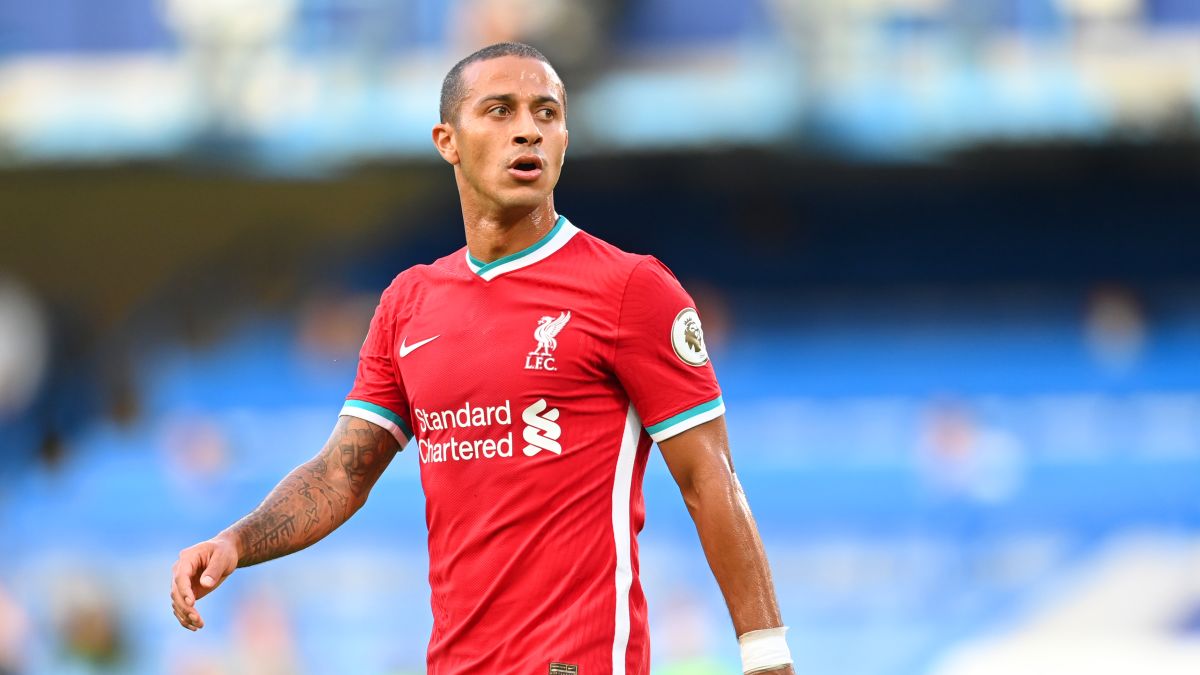 Liverpool midfielder Thiago Alcantara has tested positive for coronavirus and is self-isolating, the club confirmed on Tuesday.

Thiago Alcantara joined Liverpool from Bayern Munich deal worth up to £25m and made his debut for Liverpool in a 2-0 win at Chelsea. where he played 45 minutes and made a record for most passes for a debut performance.

Many fans were surprised by Klopp’s squad selection from Monday night’s 3-1 victory over Arsenal, but his exclusion has now been explained.

Liverpool shared a statement via the club’s official Twitter account: “Thiago Alcantara has tested positive for COVID-19 and is currently self-isolating according to the necessary guidelines.

“The club has, and will continue to follow, all protocols relating to COVID-19 and Thiago will remain in self-isolation for the required period of time.”

On Monday, Premier League officials confirmed 10 players or club staff members had returned positive results in the latest round of testing, the highest number since testing began.

Later on Tuesday, Thiago took Twitter and told the Liverpool fans it was now ‘Time to heal,’ after news broke of his positive COVID-19 test.

The former Munich star missed out on Monday’s win over Arsenal, with the club not explaining what injury he had picked up – but it’s now clear that coronavirus was in fact the issue.