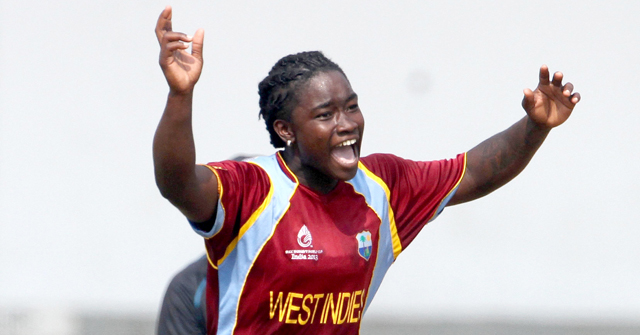 She has been also included in the West Indies Women cricket squad for the ICC Women’s T20 World Cup 2020.

Deandra Dottin was born on June 21, 1991, in Barbados. In her teenage days, she was keen to play in Athletics. She has won medals for Barbados. At the age of 14, she participated at the Under-17 level of the CARIFTA Games. She won one silver medal in 2005. In 2006, she bagged one gold and one silver medals. In 2007, she got better by winning three gold medals.

In June 2008, Dottin made her debut for the West Indies women’s team. She scored her first half-century in international cricket in her fourth ODI against the Netherlands.

In the opening match of 2010 ICC Women’s World Twenty20, she scored the first century in a women’s Twenty20 International. She batted at number six and scored 50 off just 25 balls and the next 50 came off just 13 balls. Her 38-ball century is the fastest century in Women’s T20I.

In August 2016, Brisbane Heat signed her in the Women’s Big Bash League. Dottin made her 100th Women’s One Day International (WODI) appearance against India in the 2017 Women’s Cricket World Cup.

In 2018, she was named the T20 Cricketer of the Year at the annual Cricket West Indies’ Awards. In the same year, she became the third woman to play 100 Twenty20 International matches. She achieved this feat against South Africa. In 2019,

she was awarded as the Women’s ODI and Women’s T20I Player of the Year at the annual Cricket West Indies’ Awards.

In the 2018 ICC Women’s World Twenty20 tournament in the West Indies, Dottin created another record by bagging five wickets for just five runs against Bangladesh. She was the leading run-getter and wicket-taker for the West Indies in the tournament. She was named as the standout player in World Cup XI by ICC. In January 2020, she was included in West Indies’ squad for the ICC Women’s T20 World Cup in Australia.

In 2010 ICC Women’s World Twenty20, Dottin scored the first-ever and the fastest century in a women’s Twenty20 International.