Delhi Capitals will square off with Sunrisers Hyderabad on Thursday in the second phase of the Indian Premier League at Dubai International Stadium. Ahead of the DC vs SRH game, here are our preview, prediction, and live streaming details. 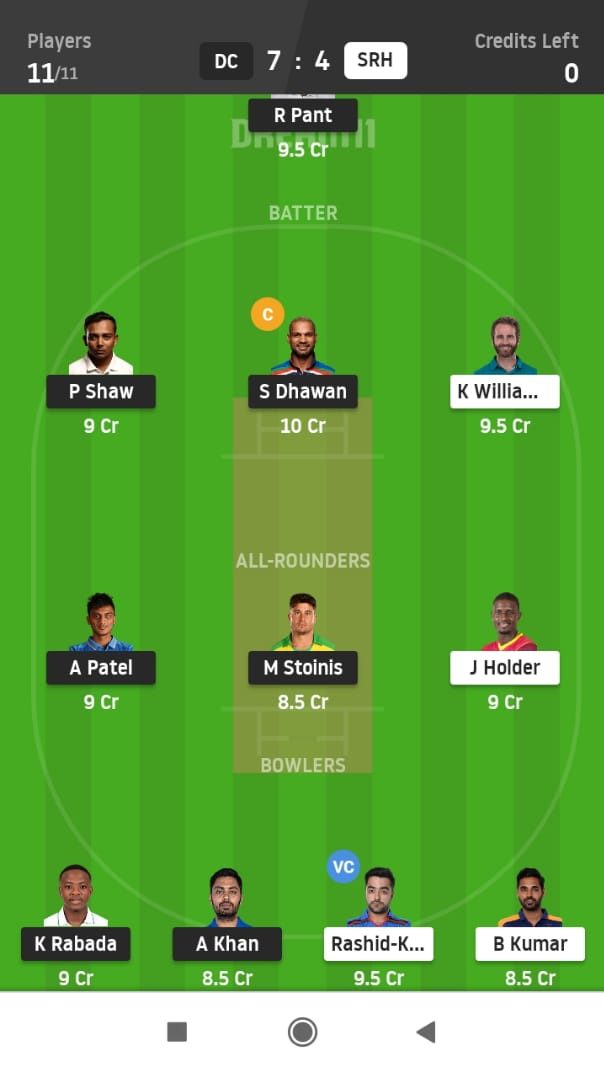 Delhi Capitals are second on the points table at the end of eight games in the Indian Premier League 2021. The team has performed as a unit and has managed to win six games. In most of the games, the team was dominant with both bat and ball.

For Delhi Capitals, Shreyas Iyer will be a player to look up to. After an injury at the start of the campaign, the captaincy was handed over to Rishabh Pant who managed to lead his side. Rishabh Pant and Kagiso Rabada will also be key players for their side.

In the ongoing edition of IPL, Rishabh Pant has 200+ runs in eight games. Shikhar Dhawan was in fine touch before the league came to a halt and will be keen to show his caliber.

For SRH, David Warner and Kane Williamson will be crucial with the bat. David Warner had a poor start to the campaign and it cost the team a lot. With him being removed from captaincy, David Warner will have a point to prove in the league.

With the bowl, all hopes will be on Rashid Khan and Bhuvaneshwar Kumar. Rashid Khan has ten wickets from seven games and will be a nightmare for the batsmen on the track.